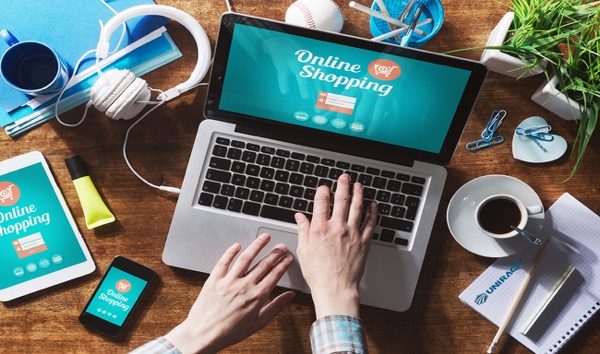 Best Tech Stores to Save Big on SlickDeals

When searching through SlickDeals for savings on electronics, a few stores go the extra mile. Instead of offering a few good deals, dozens of their products are being offered at ridiculously low prices. This dedication to giving clients superior deals hasn’t gone unnoticed by SlickDeals’ editors. Every day, they scour the internet looking for the best prices for their viewers. Once the best deals are located, they are voted into the community’s website for everyone to indulge in.

Out of all the departments where users need savings, no area is more advantageous to find a deal than tech. From laptops to smartphones, these machines are far from cheap. Fortunately, thanks to websites like SlickDeals paying full retail price is a thing of the past. To get an idea of what stores are offering the best deals on electronics, we created this list of the most active stores on SlickDeals. They are routinely posting sales on everything from keyboards to cameras, so get your next electronic at a good price!

Most Active Tech Stores on SlickDeals 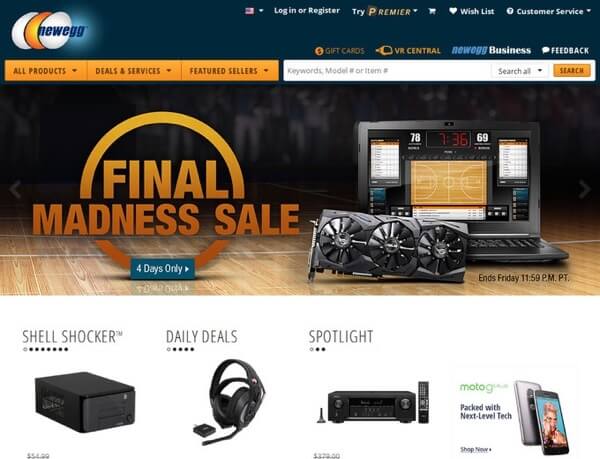 This Chinese retailer is filled with incredible deals.

Tech Store #3: Newegg – When Fred Chang founded Newegg in 2010, his goal was to create an oasis for all things electronics. Throughout the years this simple idea evolved into a small empire. By 2004, their sales revenue hovered at just under a billion dollars. This caused Newegg.com to become one of the Internet’s Top 10 retailers by Internet Retailer Magazine, but they were only getting started. Every year they continued to grow, and today they rake in over $2.65 billion revenue and employ over 2,500 employees.

Throughout this impressive transformation, Fred Chang has remained active in the company. After briefly stepping down in 2008, Chang retained his position as president in 2010. Today he leads the way as global CEO, and his passion for electronics is reflected in their slew of deals. On top of offering competitive prices, Newegg’s discounts are routinely flaunted on SlickDeals. Users can find epic deals on everything from headphones to recording equipment. Newegg has consistently gone out of their way to treat customers, so keep an eye out for their products! 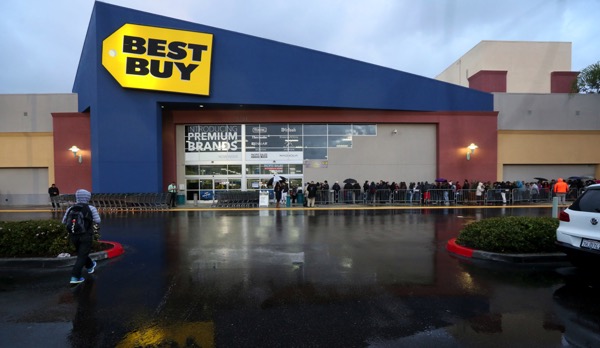 This store has taken multiple countries by storm.

Tech Store #2: Best Buy – Ironically, the inspiration for this American multinational consumer electronics corporation stemmed from a natural disaster. Richard M. Schulze originally founded the company as the Sound of Music in 1966. As the business gained traction, Schulze bought out his business partner and opened nine stores throughout Minnesota. In 1981, his most lucrative venue got hit by a tornado. This ripped the roof off the showroom, but left the merchandize in the storeroom intact.

Scrambling to mitigate the losses, Schulze hosted a Tornado Sale in the parking lot. The main slogan was “best buys” on all the remaining stock. This proved to be a lucrative idea, since they made more money during the four-day sale than in a typical month. Inspired by this development, Schulze renamed the store as Best Buy Company, Inc. in 1983. From there the company continued to expand aggressively, and is now a Fortune 500 company. With $42.151 billion in revenue, Best Buy employs 125,000 workers in 1,026 locations around the world.

This company’s transition is more than impressive, and their deals are just as enticing. SlickDeals is filled with dozens of great BestBuy products that defy traditional pricing. Don’t miss out on the action by browsing their wide range of electronics! 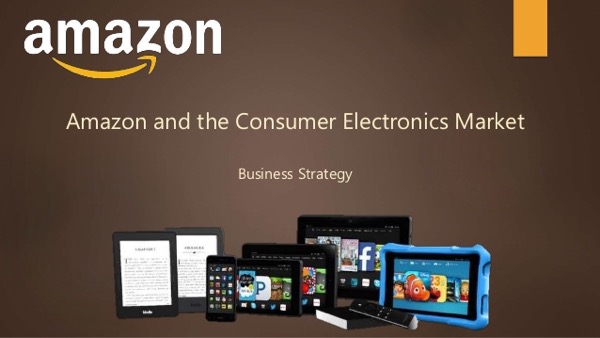 When it comes to electronics, there’s no competing against this online giant.

Tech Store #1: Amazon – It’s no surprise that the largest internet retailer in the world has great deals on electronics. Their offerings dominate SlickDeals’ tech section, and for good reason. Amazon offers every imaginable electronic from a wide variety of retailers. With a staggering $177.86 billion in revenue and over 300,000 employees, this giant is here to stay. Get the best prices on electronics by browsing hundreds of their electronics on SlickDeals.com.