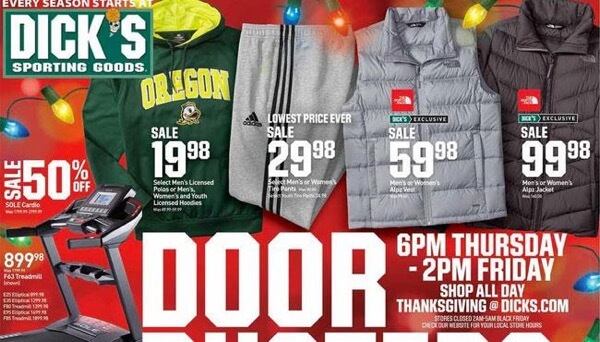 These 3 Sporting Goods Stores Dominate Retail Me Not

Thanks to a slew of coupon websites, shopping for sporting goods has never been more affordable. From money off certain products to storewide sales, the internet is ripe with sports deals. The best part is, these discounts can be applied to some of the biggest sporting goods stores in the world. Many of the biggest corporations are actively participating in online coupon sites, which makes saving big easy. Now users can get instant access to coupon codes and free shipping from their favorite suppliers. No matter what sport you are into, there’s no reason to pay full price for anything.

Out of the many pages to choose from, no coupon site is more active than Retail Me Not. They currently offer 28,767 deals on sports equipment from around 100 major suppliers. This staggering collection of deals has made the site undeniable for any sport enthusiast. Even though the list of deals is endless, some sporting goods stores manage to stand out. Instead of simply offering a few coupons, these companies go the extra mile to treat their customers.

This treatment of clients is admirable, which is why we decided to showcase these stores. By listing the most active sporting goods stores on Retail Me Not, we are guiding our readers towards epic deals. From massive promos to interesting histories, prepare to be impressed by the generosity of these stores. Stop paying top dollar for sports equipment by examining this eye-opening list! 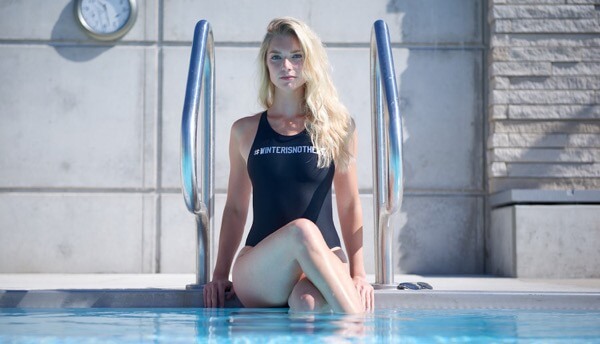 By treating their employees and customers right, Swim Outlet has outdone the competition.

Store #3: Swim Outlet – From the products to their work environment, this company is dedicated to promoting healthy lifestyles. Ever since it was opened 11 years ago, Swim Outlet has made its mark on the community. Their massive website features hundreds of products that cater to every aspect of swimming. Whether you love competitive swimming, water polo, surfing, fashion or just lounging on the beach, Swim Outlet has you covered. They also offer gear for faculty members including lifeguards and rescue teams.

This versatile mix of products is highlighted by an incredibly generous approach to both customers and staff. Swim Outlet has been repeatedly recognized by the American Heart Association as a Gold-Level Fit-Friendly Worksite. They achieved this coveted title by promoting more movement and healthy eating for their employees. On top of treating their staff generously, they also offer 242 coupons on Retail Me Not. Get ready for summer by indulging in their laundry list of deals! 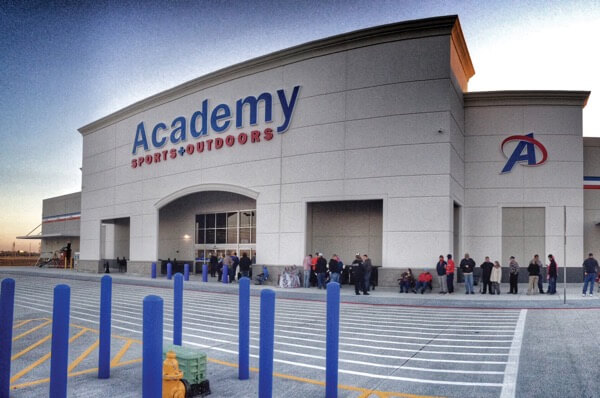 This massive chain erupted out of Texas and took the South by storm.

Store #2: Academy Sports + Outdoors – Ever since this discount sporting goods chain opened in 1938, it underwent many transformations. It was founded by Arthur Gochman, a San Antonio-based attorney who had no business experience whatsoever. Taking cues from his father, he purchased a defunct army-navy surplus chain of six stores that weren’t making money. In 1973, Gochman changed the company’s name to Academy Corp. This was borrowed from his father’s surplus goods outlet in San Antonio, and proved to be a wise move.

Over the next few decades, he expanded his business from six stores into a $350 million retail chain. In 1996, his son David Gochman succeeded his father and continued building an empire. This company kept growing until it was acquired by the Kohlberg Kravis Roberts & Co. investment firm. Today they operate 290 stores that employ 17,000 employees. They also have 257 coupons on Retail Me Not, so users can get deals on any sports equipment imaginable. 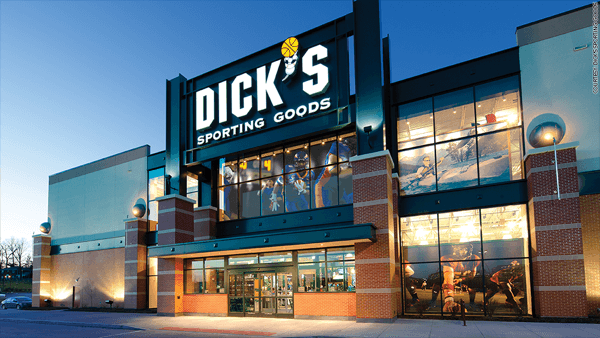 This massive chain was forged against adversity and doubt.

Store #1: Dick’s Sporting Goods – This Fortune 500 company was founded by someone who was mocked as a teen. When Dick Stack was 18, a simple suggestion changed his life. While working at an Army/Navy store, Dick suggested to the manager that they expand to include fishing and camping supplies. This idea was instantly ridiculed, and the owner said Dick “would never make a good merchant”. When Dick told the story to his grandmother, she told him to follow his dreams and lent him $300.

Dick used that money to open up the first Dick’s bait & tackle fishing supply store. Over the years the store forayed into sports merchandise and became extremely successful. By the time Dick Stack’s son Eddie took over, the store had two massive locations that were booming.

Following tradition, Eddie Stack dreamed big and focused on developing multi-state chain operations. He remains the CEO to this day, and Dick’s has 610 stores in 47 states. Their 2016 revenue was just shy of $8 billion, so Eddie made his father’s legacy a national icon. He continued this tradition by offering 595 deals on Retail Me Not, so get cheap access to quality sports equipment!