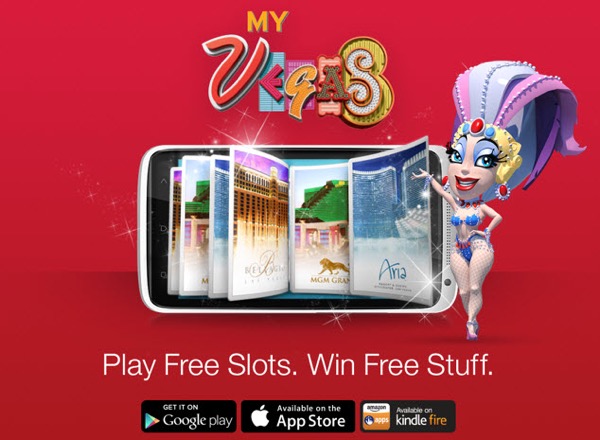 Over the years Playstudios has trail blazed a whole new genre of casino themed apps.

When it comes to free-to-play casino themed apps, Playstudios reigns supreme. The social casino developer is responsible for some of the most popular casino games of all time. Their myVEGAS franchise made history when it became the only company to have two apps simultaneously dominate every major app store. Apple, Amazon & Google have been cashing in on Playstudios’ wild success. To lure in new users the company has partnered with a wide variety of companies to diversify tantalizing rewards programs. On top of their slew of new partnerships, Playstudios has just received a whopping $20 million in financing from Jafco Ventures. This generous investment shows that this company is ready to keep evolving to maintain its position at the top.

Playstudios was created in 2011 by the ex-president of Wynn Las Vegas Andrew Pascal. Pascal envisioned a platform that offered a more relaxed approach to gambling through the use of vibrant apps. The apps would be free to play, visually stimulating & offer real rewards packages. This turned out to be a winning formula, & his bold business vision came to life with the creation of Playstudios. Before long the releases of myVEGAS Slots & myVEGAS Blackjack made Playstudios the only company in the world to maintain two top spots on every app store. Ever since its release the company has done nothing but grow exponentially every year. They have over 1.25 million daily active users & a staggering 18 million total downloads.

The real secret to Playstudios’ success is their enticing rewards programs. They offer over 400 different rewards & have partnered with an astonishing amount of companies to make each one special. Their myREWARDS Loyalty Platform gives devoted players real rewards from an elite group of entertainment, travel & leisure powerhouses. They offer exclusive deals through their partnerships with MGM Grand, Royal Caribbean International, Allegiant Air, Cirque du Soleil & Wolfgang Puck restaurants. Their most recent partnership was with Borgata Hotel Casino & Spa in Atlantic city. This historic move expanded Playstudios rewards packages to the East coast market.

Joe Lupo, Senior Vice President of Operations for Borgata Hotel Casino & Spa said, “Borgata is excited to partner with an innovative company like Playstudios and to be the first East Coast property to share myVEGAS with its customers. We look forward to being featured in this very successful game alongside a select group of highly-regarded travel and leisure brands.”

Jeff Netzer, Vice President of Business Development for Playstudios, commented, “We’re delighted to announce our new selection of Atlantic City rewards. As a company that prides itself on delivering authentic casino-style experiences, we knew that our myVEGAS offering wouldn’t be complete until it included a little something from the second most popular gaming destination in the U.S. And we couldn’t have entered that market with a more perfect partner than Borgata Hotel Casino & Spa.”

The remarkable success of the myVegas franchise caught the eye of Jafco Ventures. They just secured a jawdropping $20 million in Series C financing from the daring investment company. This new influx of cash will provide the gaming giant with more flexibility to continue to expand in the rapidly growing social casino game market.

This recent investment is no surprise when you look at the explosive growth of this industry. Just in the last 4 years the global social casino game industry has grown into a $2.7 billion bonanza. Playstudios has already proven themselves with the smashing success of their franchise, to maintain their top ranking they need to keep evolving to keep their image fresh. Now that they have secured hefty financial backing, Playstudios is poised to continue to pioneer the online casino game industry.