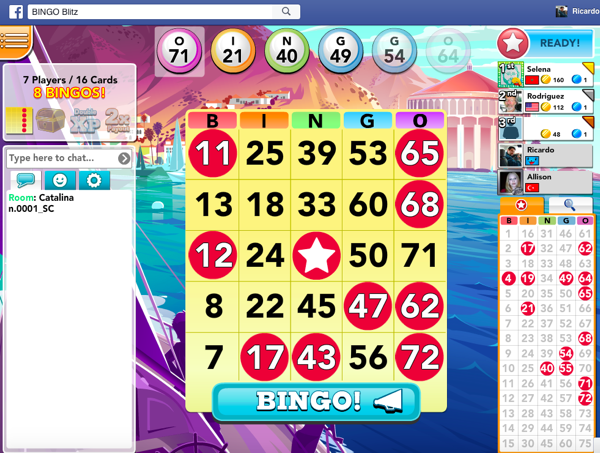 There are many bingo games, but few have the charm of Bingo Blitz. Bingo Blitz is a high speed bingo game with an equally rambunctious storyline. In it you are recruited to help Blitzy, a mouse detective who is relentlessly hunting down a masked robber. Each round brings about a fresh batch of clues, these clues lead you from city to city. In this game the mouse hunt is on full throttle. For stolen item recovered you are handsomely rewarded with coins & additional plays. Explore my crime fighting journey as I played Bingo Blitz for the first time. 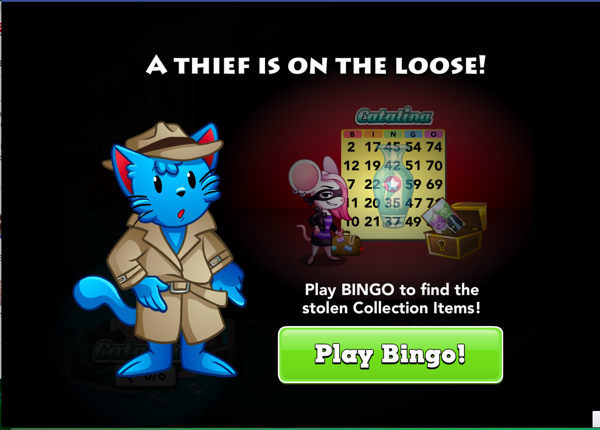 The chase is on!

When you start your journey begins in the first level, Catalina. There you are immediately asked to help Blitzy catch the robber. The hunt is on!

I played furiously, winning 4th place. I slowly improved my game as I won 2nd place two times in a row. I soon made it to the second round. Here Blitzy ran off to chase the robber, & he left us to play another round & discover more clues. I didn’t let him down. I won 2nd place & recovered the stolen vase!

After this victory the robber fled to different city. I played an additional round & won 2nd place. This allowed me to recover the lost cat ear crown. 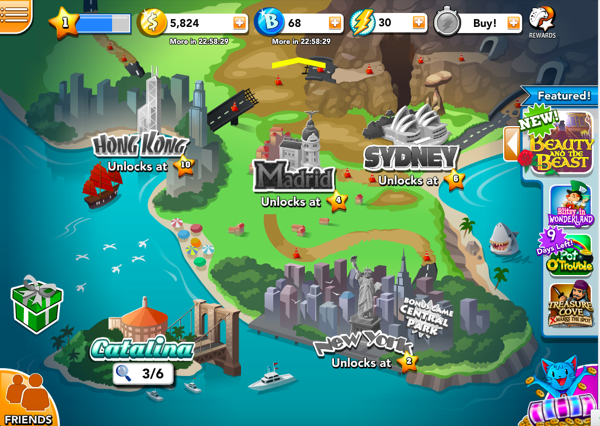 Back to the map!

I went back to the map. I had unlocked a new level, so I switched to Beaty & the Beast. I was also invited to collect my free daily coins. I obliged, since I was in dire need of them. 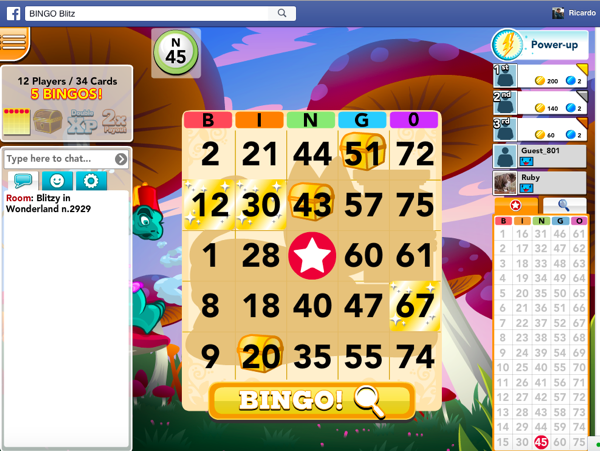 Join the adventure in this epic level.

After playing a few rounds, I decided to switch things up. I joined a new level, Blizty in Wonderland. This soon became my favorite level. Its fun graphics gave off a vibe that was truly enticing. 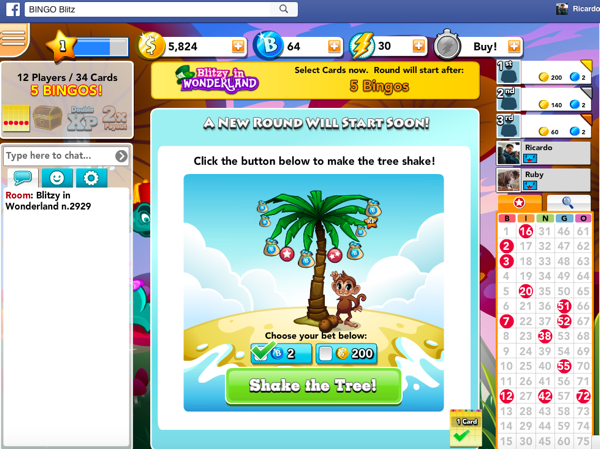 Put this monkey to work to win free coins!

While waiting for the game to load you get access to a fun bonus game. You can have a monkey shake a tree to give you free coins! After playing a few rounds, I finally leveled up to the second 2nd level! To commemorate this victory I unlocked New York. 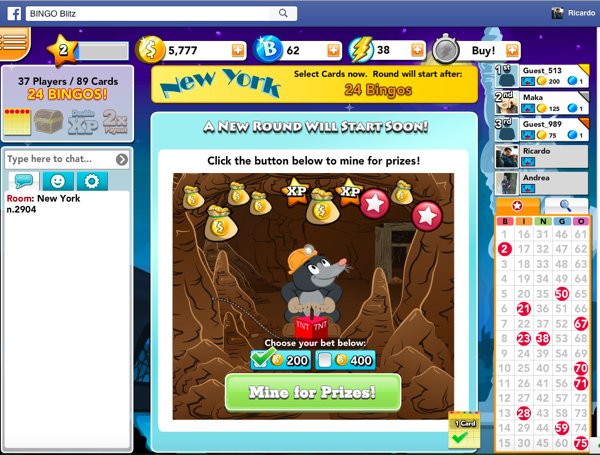 Explode your way to victory with this kamikaze mole!

Afterwards an ad popped up offering 150 credits, 32 power ups & 24 hour DAUB Alert for $4.99. I passed, I was doing too good to sell out now… While waiting for New York to load I got a different bonus game. This time I had a mole blow up a tunnel for free coins. I enjoyed blowing up the tunnel with the mole, it was hands down the best bonus game! 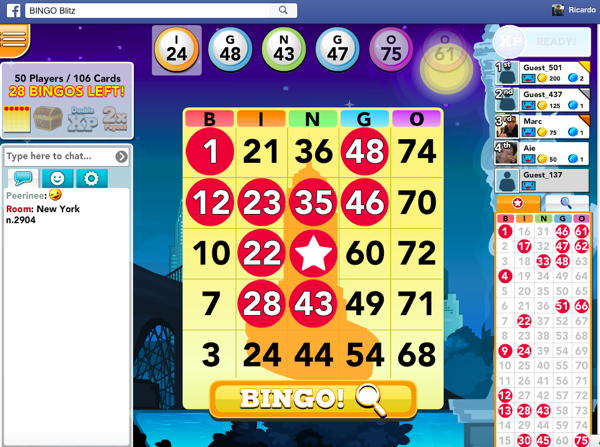 The hunt is going full throttle in New York!

After that I played a few more rounds in New York. I won additional clues & recovered more stolen objects. After all this I felt that I had done my part, for now on Blitzy was on his own…

Overall Bingo Blitz is a very entertaining game. I normally don’t get too submerged in bingo, but this story line had me completely immersed. The graphics are alright, but they are good enough to get you hooked. I would recommend this to any bingo lover who is sick of the stagnant original version. Play it today!