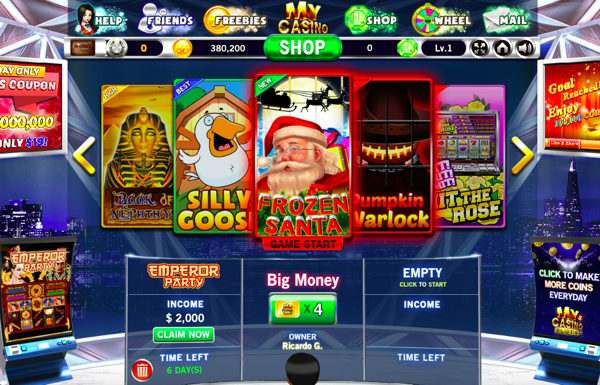 Out of all the slots on Facebook, none showcase a more vibrant entrepreneurial spirit than MyCasino – Free Slots. Instead of simply offering a slew of games, this app allows users to create their own casino. By renting certain games on their casino floors, punters are able to collect revenue from their investments. This proved to be a winning combination, since this game has received rave reviews. They have over 10,000 monthly players that swear that this is the best casino game on Facebook.

After hearing these bold claims multiple times, our curiosity for this game became too intense to ignore. In this industry, casino games frequently come and go. With so many releases to compete against, most games barely manage to maintain their following for a few months. To see if this game lived up to the hype, we decided to put it to the test. What we discovered was shocking, since it surprised us at every turn. Enjoy the most in-depth review of MyCasino- Free Slots online! 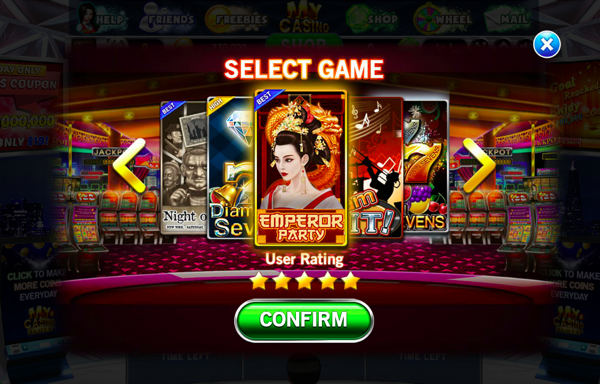 Picking a game to rent is intimidating with so many choices.

As soon as the game loaded, I was instructed to select an avatar. These characters ranged from men and women of all ethnicities. After a little deliberation, I chose an African American man in a suit. Once I had my character, I was told to pick a continent. I picked South America and named my casino Big Money. Once my casino was named, they announced that I was a casino owner and it was time to pick my slots. There were around a dozen options that ranged from Frozen Santa to Blessed by the Sea. I picked Emperor Party and was allowed to rent it for 7 days. This was better than nothing, so I accepted the terms and hoped that I would be able to play the game. 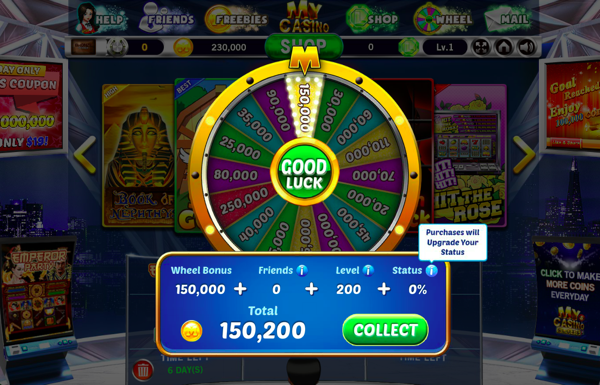 This bonus game was a nice surprise.

Before I could enter the slots, I was thrown into a bonus game. A golden wheel appeared on the screen and I spun it with zeal. This won me 150,200 credits, and they offered to give me more spins for real money. This wasn’t an option, so I politely declined the offer and continued building my casino. 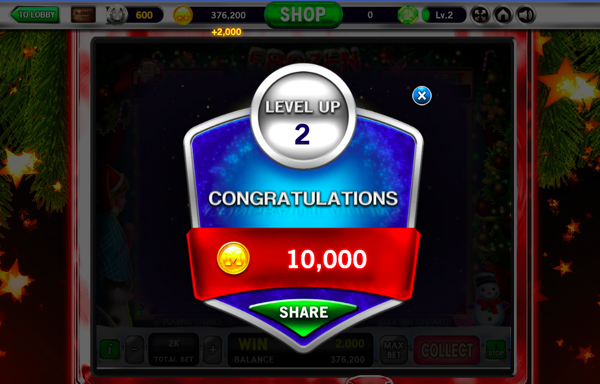 This level up was surprising since it was my second spin.

Back in the lobby, I saw that Emperor Party was generating a decent amount of cash. As the numbers steadily rose, I started playing Frozen Santa. This game had archaic looking graphics, but that didn’t stop me from giving it a try. After a few spins, I leveled up! This won me 10,000 credits, so I accepted them and got back to spinning. 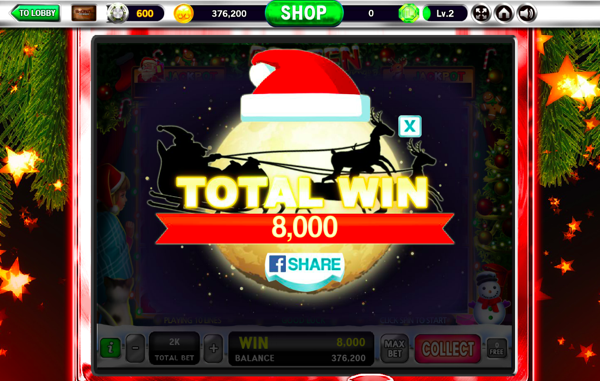 The graphics could use a touch up.

Once I collected my coins, I was awarded ten free spins! These won me a grand total of 8,000 credits, which was far from impressive given the minimum bet was 2,000 a spin. Before I could get too jaded, I leveled up! Reaching level 3 won me 15,000 coins, but it wasn’t enough to keep me playing. Unimpressed by the gameplay, I quit while I was ahead.

MyCasino – Free Slots is a novel theme that isn’t backed up by enough technology. While the idea of building your own casino is innovative, the graphics of the actual slots are awful. The wins are equally lackluster, which creates a frustrating gaming experience. Hopefully another developer takes this idea and creates a better game with it, since it has so much potential!