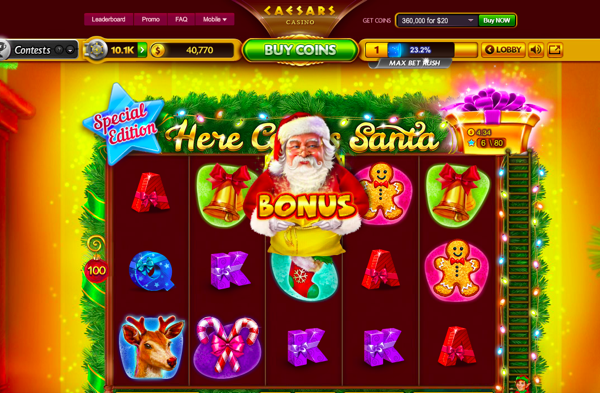 When it comes to slots on Facebook, Caesars Casino reigns supreme. They have artfully managed to bring the bustling casinos of Las Vegas to our computer screens. On Facebook they have accumulated over 6,000,000 likes & 1 million loyal players. This stunning success is a testament to the quality of their games. We decided to explore the gameplay to give you an in-depth review of this legendary app. Prepare to be immersed in one of the most acclaimed slot games of the year. 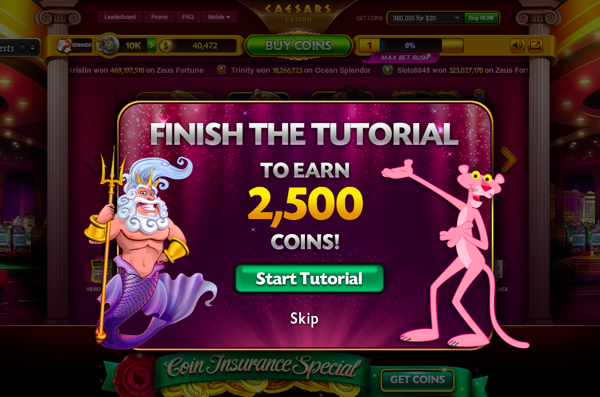 I was ready to get into the game.

As the game loads you are greeted with a 40,000-coin bonus! After receiving this welcome gift I was given a daily bonus spin. This gave me an additional 472 coins & a friend bonus. From there I was hit with an offer to join the Caesars Casino vault as well as a 2,500-coin reward for filling out a tutorial. I had a review to complete, so I declined both offers. After being bombarded with offers I finally made it to the lobby. There I was greeted with a 500-coin hyper power bonus. I quickly collected it & joined X-mas Wonderland.

X-mas Wonderland is delightful to play!

X-mas Wonderland was absolutely packed with Christmas spirit. The screen came to life with elves, reindeers & wild Christmas trees. With these top notch graphics it was a feast for the eyes. 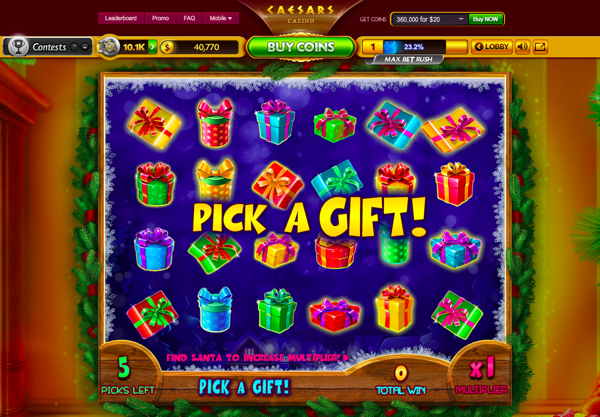 The bonus round was full of surprises!

I set it on auto spin & let the prizes come to me. After winning a few bonuses, Santa popped out of the squares. I was alerted that it was Christmas Eve Bonus time, & it was time to open presents. Curious to see what this new twist had in store for me, I quickly joined the bonus round. 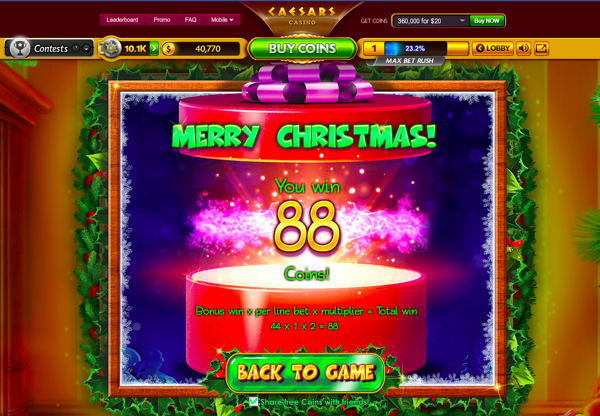 It was time to get back to the game.

I was ushered into a festive bonus round that was filled with presents. I was instructed to pick 5, each one was filled with coins. On the 5th pick I got lucky & found a 2x Santa multiplier. By the end of the round I only walked away with 88 coins, but the experience was still enjoyable. 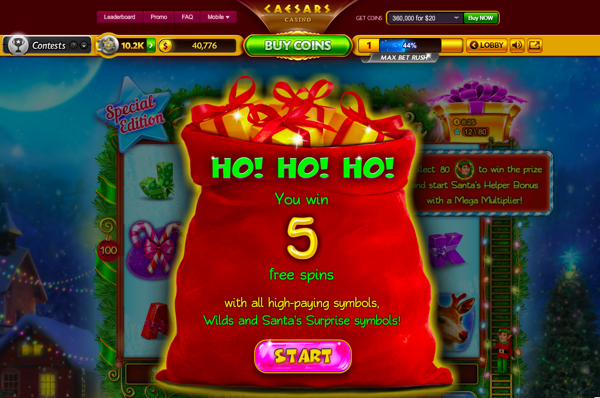 This was an unexpected twist.

Before I knew it I was back in the game. After a few spins I hit a 5 of a kind! This motivated me to continue playing. A little while later Santa returned to my screen. I had just won 5 free spins with all high paying symbols! 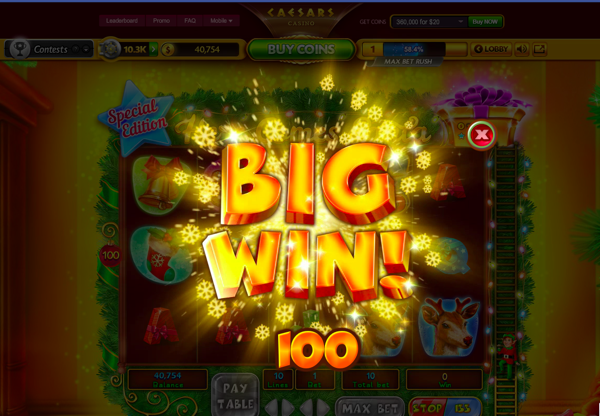 Unfortunately nothing came to fruition with these free spins. I was a little disappointed but fortunately I had lost no coins. I continued spinning furiously until I hit a big win of 100 coins! From there I dove head first into the game. Before I knew it I had spent over an hour completely immersed in the game. There were Mega Wins, wild cards, & multiple bonus rounds. After playing for 30 minutes more, I decided to pry myself away from the screen.

Caesars Casino is hands down one of the best slot games on Facebook. Their immense library of games are entertaining enough to keep you playing for months. Combine the epic themes with the brilliant graphics & you have an app that anyone could fall head over heels for. Just make sure to keep your eyes on the clock, it’s easy to get lost for hours with this game!