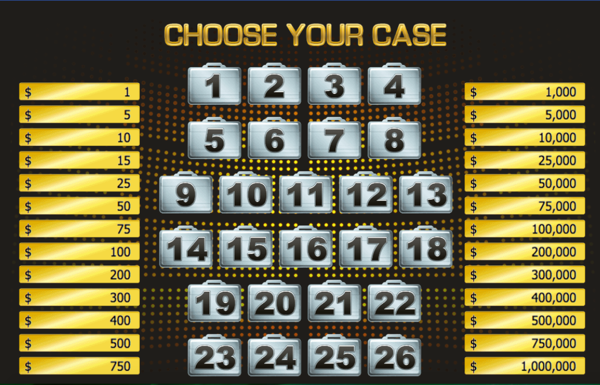 Discover if Deal or No Deal Lives Up to the Hype

When casino games took over Facebook, Deal or No Deal led the charge. Fans of the infamous TV show jumped at the chance to get a piece of the action online. This game became a haven for anyone who wanted to test their luck against the banker. From bustling tournaments to exciting gameplay, this game won the adoration of its fans. To this day Deal or No Deal has over 50,000 active players. Now that the hype has died down, we wanted to see if this game still lived up to its legacy. Explore every aspect of Deal or No Deal with our in-depth 2016 review!

Deal or No Deal Gameplay

This game throws you head first into the action. After I clicked play, I was instantly ushered into a high stakes game. I was instructed to pick 7 briefcases, each one contained a different amount of cash. Praying for the best, I selected briefcase after briefcase. 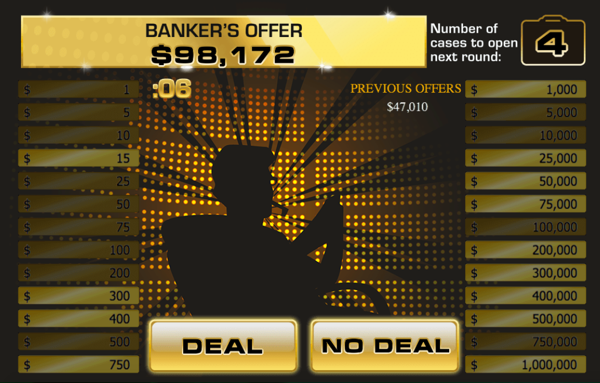 The banker’s offer was tempting, but I wanted to go big.

In the end I had over $100,000 to choose from. The banker only offered me $47,000, so I decided to go to the next round. This time I was instructed to pick 6 cases. This time the banker offered me $98,000, but I wasn’t going to settle for that. The million dollar briefcase was still available, so I wasn’t going to back down so easily. After picking an additional 4 briefcases, everything was off the table except numbers lower than $100,000. When the banker once again offered me $98,000, I accepted it. To my surprise the last briefcase had a shocking $400,000, so the joke was on me. Even though I lost, I was motivated to keep playing. 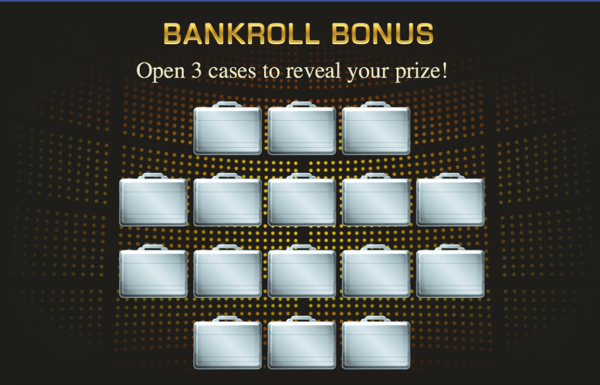 This bonus game was just what I needed!

After this marvelous round I was invited to play the bankroll bonus. I accepted enthusiastically. This time I was instructed to pick 3 cases. By the end of the bonus round I walked away with 80,000 in coins & a ticket to San Fransisco. Curious to see what was next, I decided to keep playing. 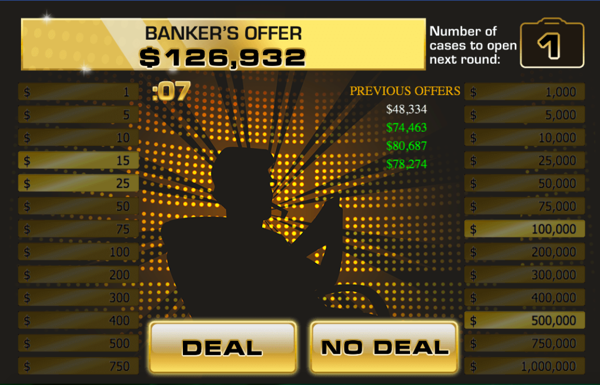 The stakes were getting high! 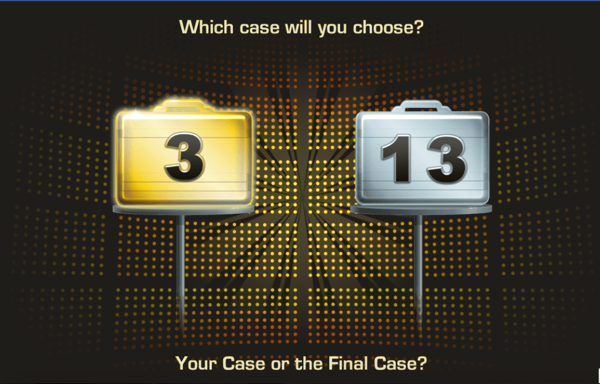 It was a tough decision, but it had to be made.

To my delight it eliminated 15! I was back in the game. The banker offered me over $200,000 to quit, but I was going to ride it until the show was over. In the end I only won 100,000, but the thrill of the risk made it well worth it. Slightly disappointed that all the games looked the same, I decided to call it quits.

Deal or No Deal is an exciting game to play. You are pitted against the odds & the devious offers from the banker. If you manage to make it past all the obstacles, you can achieve unfathomable riches. The only bad part about the game is the fact that after you play it twice, you have seen everything. Every level looks exactly the same, which makes playing it more than twice extremely boring. While this game may have been unforgettable in its hay day, it now pales in comparison with the other games of chance that are available. I wouldn’t recommend spending over an hour playing this outdated game.