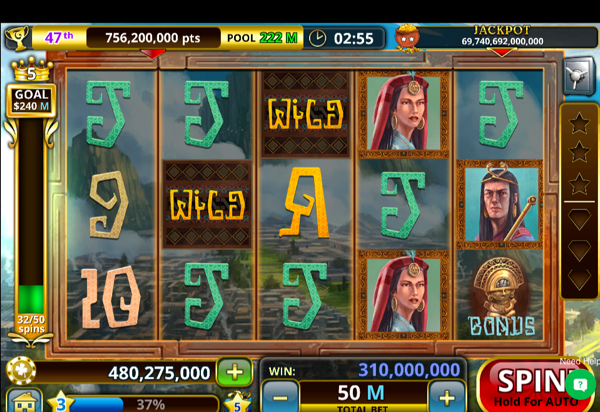 There’s a lot of slot games on Facebook, but few are as captivating as VIP Deluxe Slots. In a short amount of time, this game as risen to the top. It has taken Facebook by storm with its fun graphics & multiple levels to choose from. These features have seduced over 100,000 loyal fans. They swear that it’s the most hypnotic slots game of 2017. This was a pretty bold statement, so we had to investigate. After spending an afternoon playing the game, we got to know it inside & out. Discover if the game lives up to the hype! 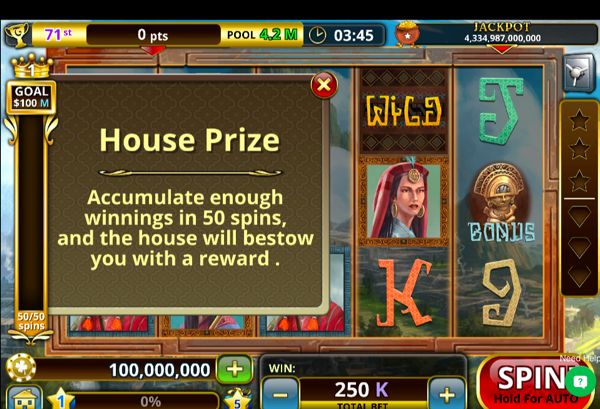 This game starts off with the bar set high!

Once the game loaded, I was greeted with a slew of games to choose from. True to their promises, VIP Deluxe Slots offers 25 levels to new players. This is both a blessing & a curse, since picking a game is difficult. After some hefty deliberation, I ended up picking the Mystery of Machu Picchu. This was an interesting theme, & I was instructed to accumulate 100 million in 50 spins to win the house prize. This seemed like a daunting task, but I was down to try. 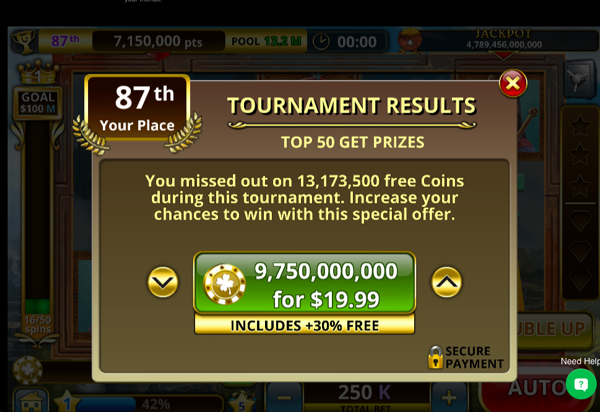 I had no idea that I was competing in a tournament!

Armed with 100,000,000 credits, I was ready to take on the game. As the reels spun, they came to life with a variety of interesting characters. Inka kings, Peruvian women, tumi’s & llamas filled the screen. Even though the level was delightful, these spins were equally rewarding. On multiple spins I managed to win over a million credits! Before I could celebrate, I was notified that I placed 87th in a tournament. This was surprising news, since I had no idea that I was competing. Slightly puzzled, I continued spinning… 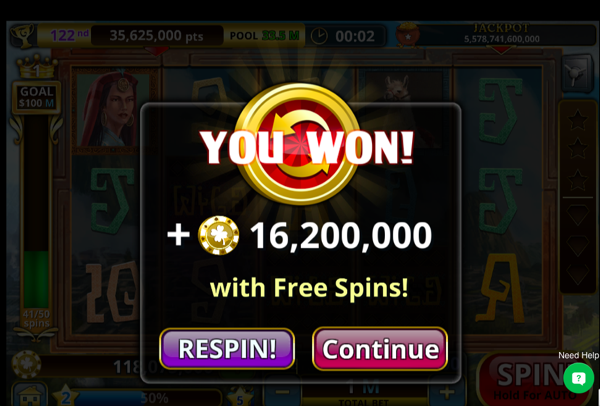 These free spins were a godsend!

As the game progressed, it became painfully obvious that I wasn’t going to win the house prize. I only had 10 spins left, & I was still 90 million credits shy of reaching the goal. This wasn’t time to play it safe, so I raised my bet from 250,000 to 1 million per spin. After this bold move, I ended up winning over 20 million credits! My winning streak didn’t end there. As soon as I collected my winnings, I was awarded 10 bonus spins. This won me 16,200,000 credits, which was a welcome surprise. I was still betting a million credits per spin, so this gave me 16 more spins to test my luck with. 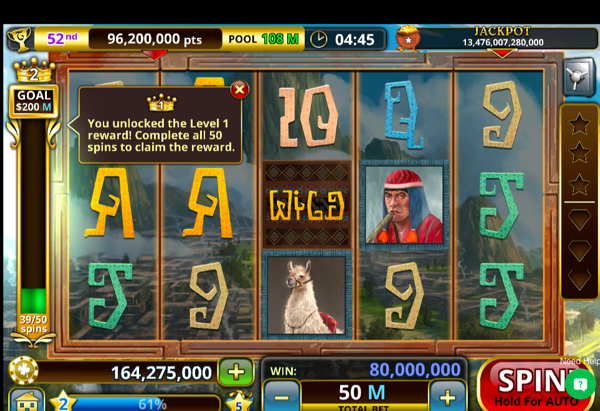 I started hitting it big with million credit bets!

Curious to see how far I could push things, I raised my bet to 50 million credits per spin. This was a daring move, but I decided to take it. It ended up being a great change, since I instantly won enough to claim the house prize. This threw me into another mission to accumulate 200 million in 50 spins. Emboldened by this surprise victory, I kept spinning.
After a while, I ended up having to call it quits. Betting big was the way to go, but it didn’t stop things from becoming redundant.

VIP Deluxe Slots is an enchanting game that’s full of surprises. There is a staggering amount of levels available. Each one is packed with big wins & interesting bonus rounds. Betting big is advantageous, since you start off with a massive amount of credits. The only place where this game falls down is after an hour of gameplay. Things start to get stale, but you can shake things up by changing levels. Overall this is a great game that’s well worth the hype.