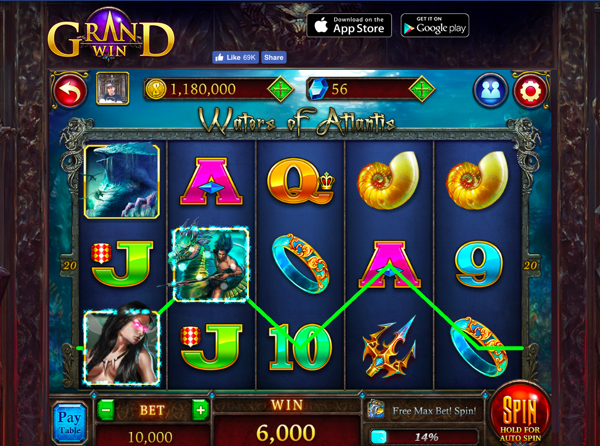 Embark On an Adventure With GrandWin Slots

There’s a lot of casino games on Facebook, but none have the loyal fan base of GrandWin Slots. In just a few months, this releases has made a name for itself as a rambunctious slot extravaganza. They claim to offer the most authentic casino experience online, with incredible payouts and countless games to choose from. To spice up the deal, they even offer a one million coin welcome bonus. That’s plenty to dive into the game, and thousands of players have taken their offer. In short amount of time, they have accrued over 69,000 likes and 10,000 monthly players.

This impressive display of affection has made this game to revered to ignore. Faced with this new trend, we decided to see if it lived up to the hype. After spending over an hour playing it, we were able to create the most in-depth review of GrandWin Slots. Prepare to be surprised by what we found, this game was more complicated than we thought! 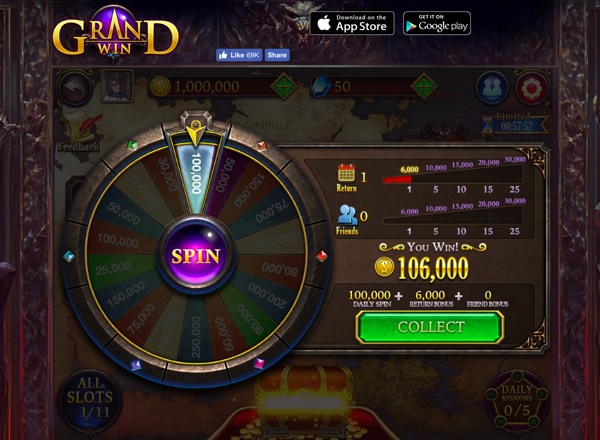 Spinning the wheel paid off! 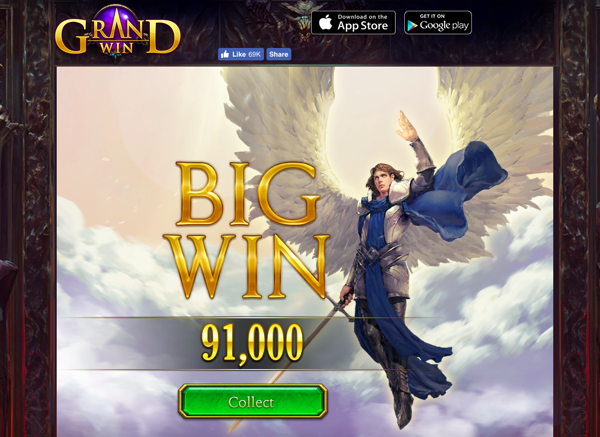 This win put me back in the zone.

Invigorated by this lucrative start, I continued to the lobby. Once I accepted my coins, I was guided to a medieval themed map. There was only one icon available, and it contained a scantily clad woman. This was my only chance at breaking free from the map, so I hit the spin button underneath her. Before I knew it, I was told to spin 20 times and thrown into a map. The first few spins were uneventful, netting me poultry sums. I was just about to lose hope, but then I won 91,000 credits! 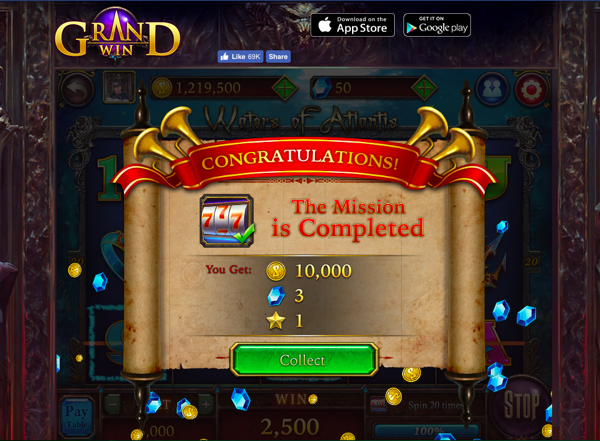 Completing this mission led me through the map.

This put me back in the game, so I continued spinning with zeal. After a few rounds I was awarded 15 free spins! This was a welcome break, so I kept spinning until the free rounds were over. In total I won 70,00 coins, so I kept playing until I completed the first mission. This won me one star, three diamonds and 10,000 coins. This threw me back to the map, so I gladly accepted the next mission. This time I had to spin 20 times with the max bet. This was only 10,000 per spin, so it was easily within my 1,171,000 budget. 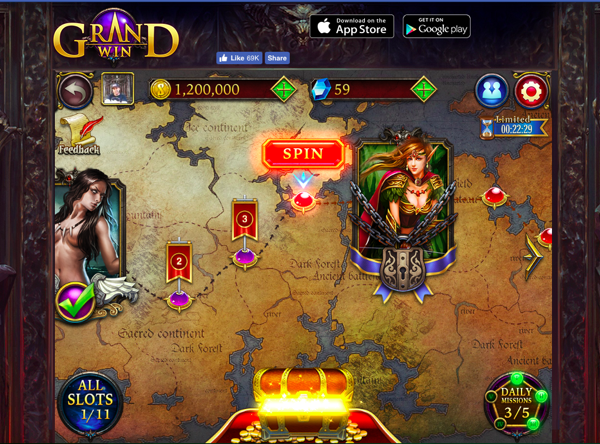 Advancing through the map was nice, but I was getting impatient.

After a few lackluster wins, I ended up winning 22,500 coins! This kept me in the game, so I continued testing my luck. Once I had completed the challenge, I was led back to the map. When I was hurled into another mission, I couldn’t help but feel jaded. The graphics were great, but I kept getting hurled into the same level. The missions were becoming repetitive, so I spun through the round hoping for some variation. Unfortunately, I was met with the same level and little to no changes. When I was led back to the map after completing the round, I knew it was time to leave.

GrandWin Slots has an interesting premise, but it fails to showcase enough diversity to keep players hooked. Their levels are filled with great graphics, and the map theme is intriguing. Unfortunately, these great qualities are overshadowed by the painfully mundane missions. Instead of packing the game with surprises, each mission is practically the same. Hopefully the developers throw in a few more twists, because this game has a lot of potential!