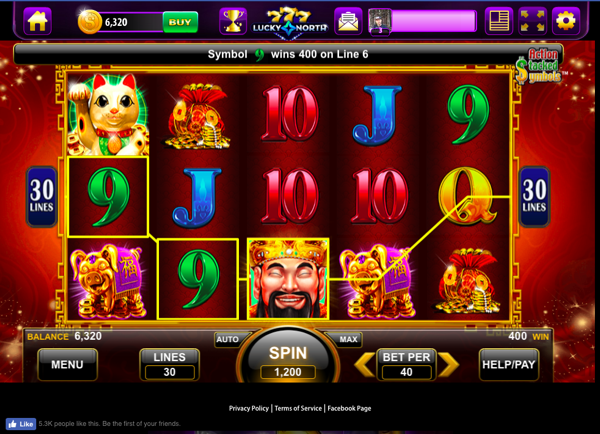 Out of all the virtual casinos on Facebook, none have garnered more praise than Lucky North Casino. This vibrant app allows players to dive into many of the games found at land based casinos. From keno to slots, Lucky North Casino caters to every player’s needs. Their wide selection of games has won them legions of loyal fans. Currently they have 219,680 page likes and over 10,000 monthly players.

This staggering amount of loyalty has made Lucky North Casino impossible to ignore. To see if the game really lives up to the hype, we dove head first into it. After testing it out, we were able to create the most in-depth review of Lucky North Casino online. Prepare to be blown away by what we found, this game is absolutely packed with surprises! 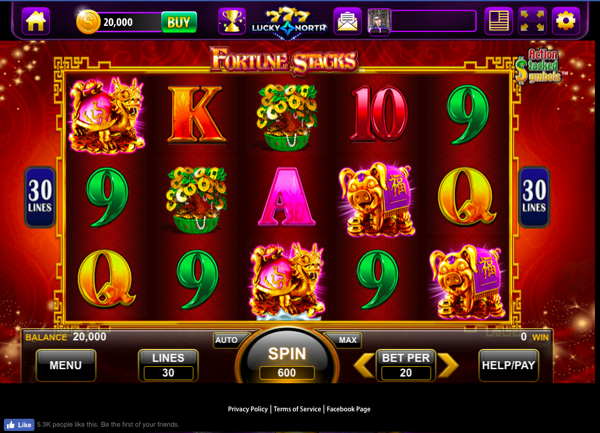 Just as their die-hard fans claim, I was greeted with a slew of choices when the game loaded. The lobby was bursting at the seams with slots, video poker, keno, bingo trivia & blackjack. With some hefty deliberation, I decided to pick slots. After jumping into this category I was thrown into a confusing lineup of levels. Most of them weren’t unlocked, so I had to scroll to find a viable option. I ended up picking a Chinese theme called Fortune Stacks. This level was filled with Chinese caricatures that promised an interesting game. 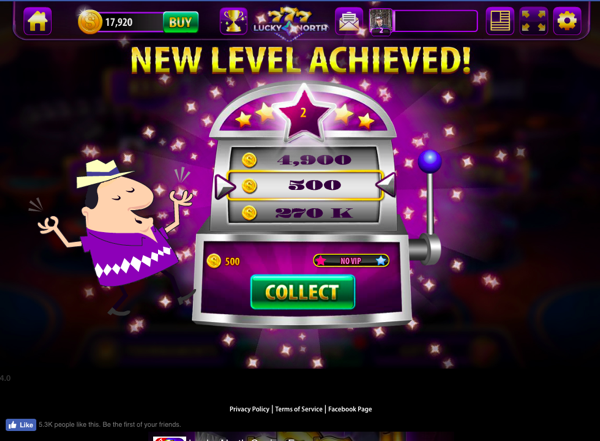 This bonus option was exciting!

Armed with 20,000 coins, I raised the bet to 1,200 per spin and started playing. The first few spins were uneventful, but I did manage to level up! As soon as I achieved this, a lever spun past potential amounts. I ended up winning 500 credits. This measly win paled in comparison with what I was spending. Hoping for the best, I prayed that the next level up was more lucrative. 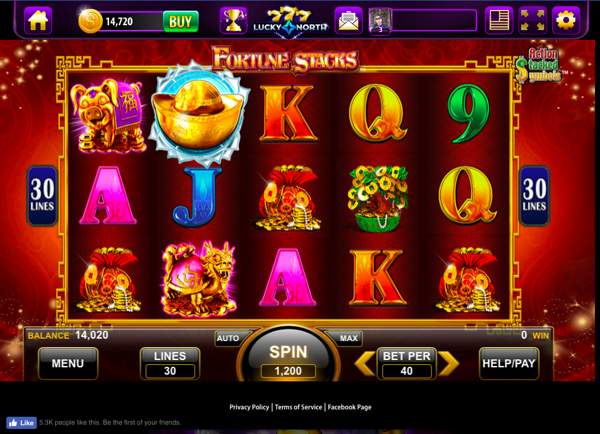 Ushering in the third level was uneventful.

To my dismay, there wasn’t an option to win coins when I hit level 3. I had endured small wins of 400 credits a pop, so this bonus was necessary to improve my finances. Unfortunately, I was greeted with no bonus games when entering the third level. Slightly frustrated, I continued spinning. 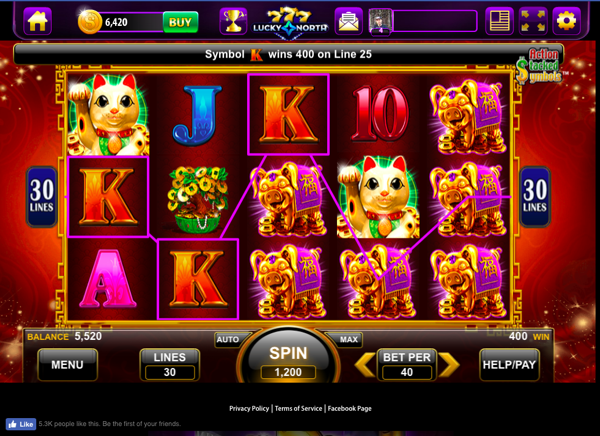 The fourth level didn’t give me a break either.

Reaching the fourth level was equally bleak, since I was running dangerously low on coins. After multiple rounds of 1,200 a spin, my budget had gone up in smoke. I was down to 5,220 credits, so it was now or never for a big win. Up until this point, the highest I had won on a spin was 800 credits. Putting my faith in chance, I kept spinning like a maniac. 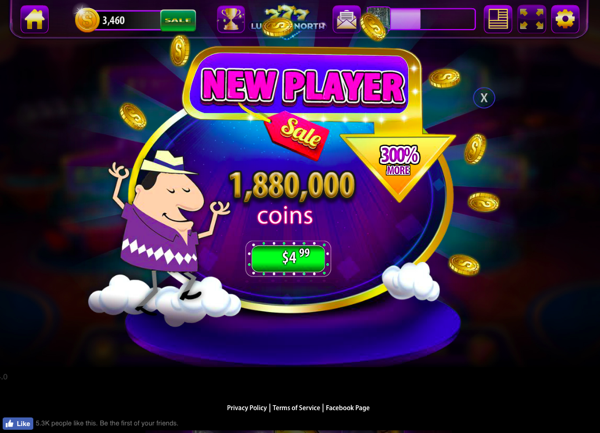 Given how little I had won during previous spins, this offer was a slap in the face.

Right when I was down to 3,460 credits, Lucky North Casino bombarded me with offers. They informed me that if I took advantage of their New Player Sale I would get 300% more credits for my money. This ended up being 1,880,000 credits for $4.99. While it was a tempting offer, I decided to stick to chance. This game had a long way to go before I paid them money, so I kept spinning. 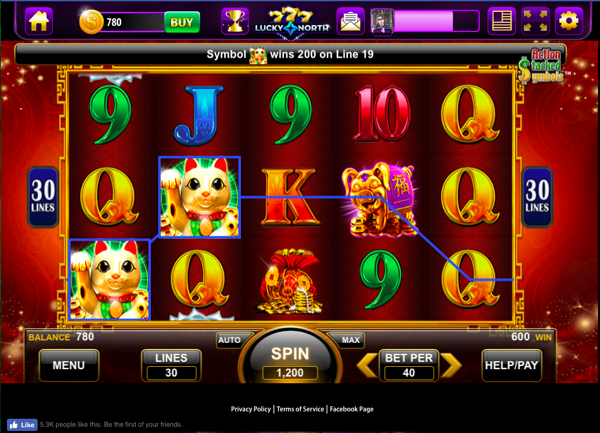 This game failed to keep me playing.

After declining their many offers to sell me credits, I hit my first big win. This totaled 1,520 credits, which barely exceeded what I was using a spin. Slightly frustrated by the lack of prizes, I kept spinning until my balance was 780. Once again Lucky North Casino flooded me with offers to purchase credits. Sighing slightly, I exited the game while I was ahead.

Lucky North Casino has a staggering amount of options, but the only way to keep playing is to pay money. The wins are almost nonexistent, which forces players to blow through their welcome bonus at an alarming rate. Once your credits disappear, Lucky North Casinos bombards you with offers to purchase credits. There’s no telling if the odds of winning increases once you purchase credits. What is apparent is this game is a thinly veiled way to collect your money. The graphics may be beautiful, but the gameplay fails to warrant paying cash.