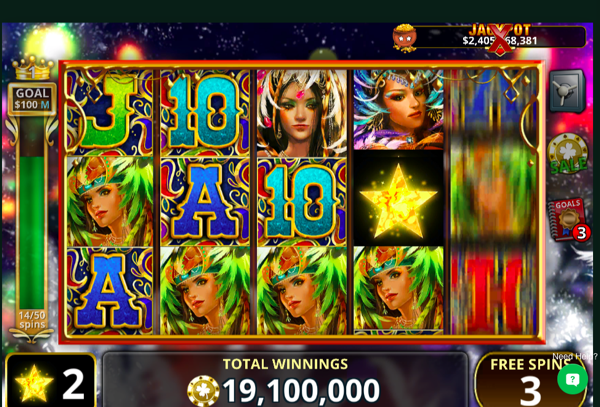 There’s a lot of newcomers on Facebook, but few have made an impact like Epic Jackpot Slots. In just a few weeks, this game has taken the industry hostage. They have garnered over 50,000 active players who are adamant that this game is unmatched. The app is powered by Super Lucky Casino, which is taking a maverick approach to gaming. They aim to overwhelm new visitors, which is exactly what they are doing with the 20+ slot games that start out unlocked.

Since this game’s popularity is just starting to bloom, we decided to dive into it. What we found was shocking, since this seemed like just another review. Prepare to be blown away by the most in-depth review of Epic Jackpot Slots. This game is absolutely filled with surprises! 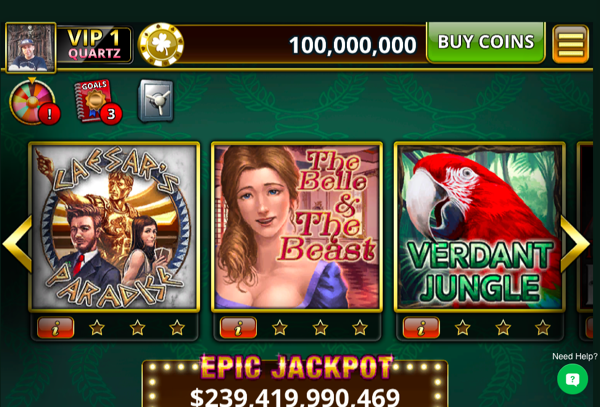 There were plenty of levels to choose from…

As the game started to load, the entire screen was engulfed in poker chips. This signaled big wins on the horizon, but I wouldn’t believe it until I got into the game. It told me to make any purchase to activate the club feature, but I was in no mood to spend money until I saw what this game was working with. Just as I was tempted to buy something, I was flung into the lobby. There I was greeted with a slew of games to choose from. 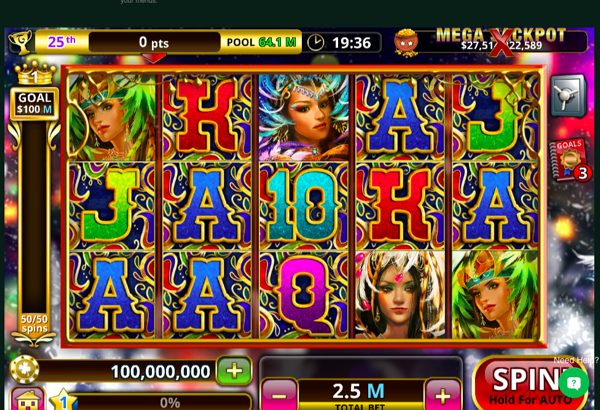 This game caters to your wild side.

After some heavy deliberation, I ended up picking Lady of Rio. It’s exotic style appealed to me, so I jumped headfirst into the game. Once the game loaded, I was hurled into a colorful fiesta. All the women were wearing nothing but brightly colored feathers. This had me enthralled, but it was time to spin. With 100,000,000 credits at my disposal, I was more than ready to take on the game. 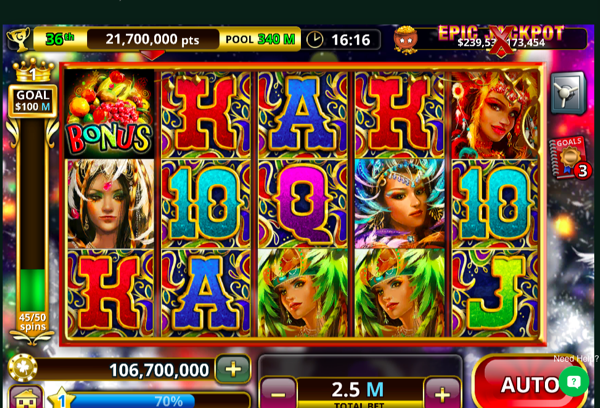 This game was just getting started!

As soon as I started spinning, I was alerted to an interesting challenge. The goal was to hit 100 million in 50 spins. It seamed like a daunting task, but I was up for the challenge. I started spinning furiously, desperate to hit the desired total. My first spins seemed futile, but all of a sudden I hit a jackpot! This awarded me 18 million credits, putting me on par to hit the goal. Emboldened by this fresh victory, I continued spinning like a mad man. 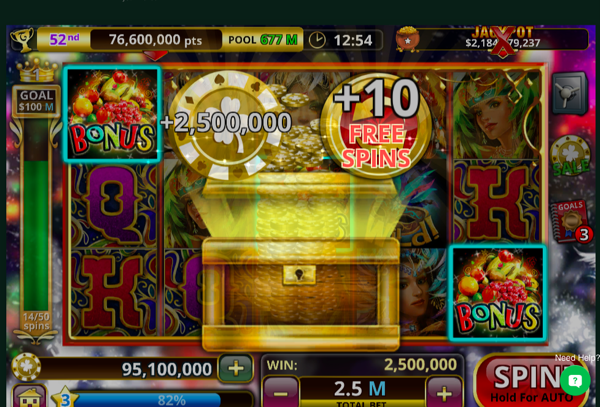 This put me back on track!

As I kept spinning, tropical music played in the background. I felt like I was in Brazil, but I was really struggling to hit the mark. I was still far away from 100 million, but I still had 15 spins left. Wishing for the best, I spun again. This threw me into an interesting bonus game. I was instructed to tap open a treasure chest. This won me 10 free bonus spins! 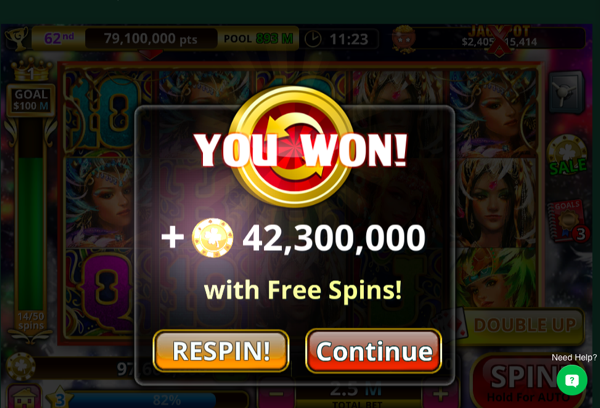 This was a staggering victory!

I was back in the game, so I enthusiastically accepted the free spins. As the free spins added up, I was shocked at how much I was winning. By the end of the bonus round, I had amassed 42,300,000 coins! This easily put me past the 100 million mark, & I was greeted with yet another challenge. This time I had to hit 200 million, but I was in no mood to continue the challenge. Things were starting to get repetitive, so after a few spins I ended up leaving the game.

Epic Jackpot Slots is a great game, but it’s sabotaged by its lack of depth. There’s a great selection of games, but they all share the same mission. All you can hope for is free spins, since they fail to provide interactive bonus games. This leaves players void of options, & makes the game surprisingly repetitive. A few creative tweaks could save this release, hopefully they add on to it as it evolves!