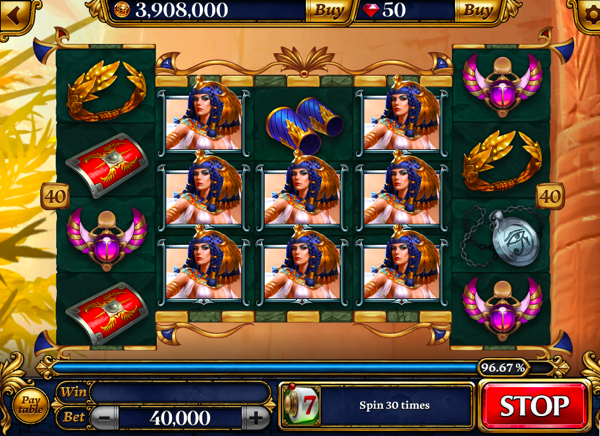 Out of all the games trending on Facebook, Slots Era is stealing the show. They have managed to amass a die-hard following in a short amount of time. Currently they have 100,000 players singing their praises, which is no small feat. They claim to offer games with unforgettable storylines & stunning graphics. Being a new release has its advantages, since everything is fresh for players. The real battle lies in finding the balance between innovation & shameless gimmicks.

In a world full of repetitive slot games, finding something new is a constant battle. After hearing so much about Slot Era, we decided to see if this game lived up to the hype. Once we dove into the game, we were able to create the most in-depth review online. Enjoy the 2017 review of one of Facebook’s most promising slot games! 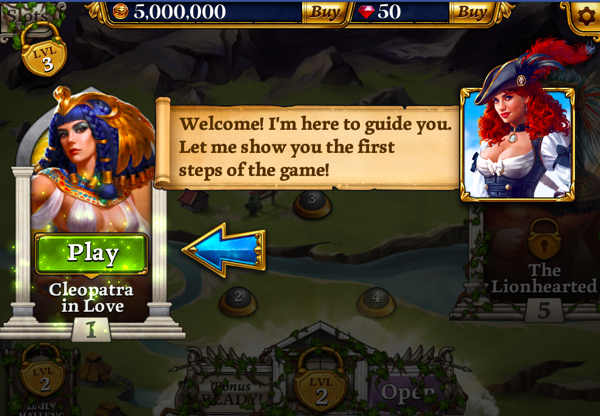 This game has a perplexing storyline.

As the game loaded I was greeted by a huge image of a seductive goddess, Triumph of Aphrodite. I had no idea what this was referencing, but I was equally enchanted. Once I was ushered into the lobby, 2 confusing characters awaited me. On one side of the screen was a busty woman wearing a pirate outfit. The other side had Cleopatra, & it said that she was in love. The instructions told me to let Cleopatra show me the ins & outs of the game. This was welcome news, since I was completely baffled. 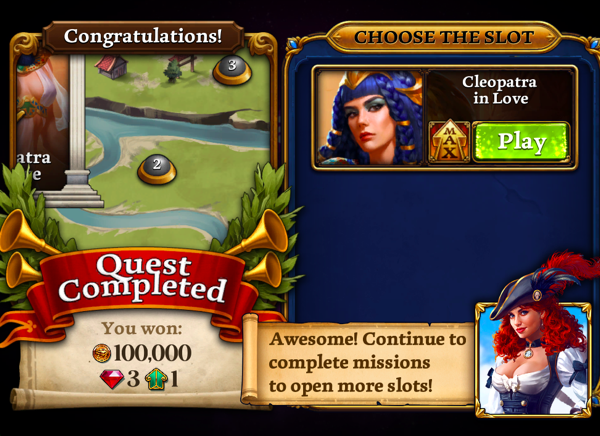 I made it through my first quest!

From there the game loaded, & I was thrown head first into my mission. I was instructed to spin 30 times to make it to the next level, so I obliged. When the reels came to life, they revealed interesting objects related to ancient Egypt. The graphics were great, so I was instantly enthralled by the game. Once the 30 spins were spun, I completed the first quest. 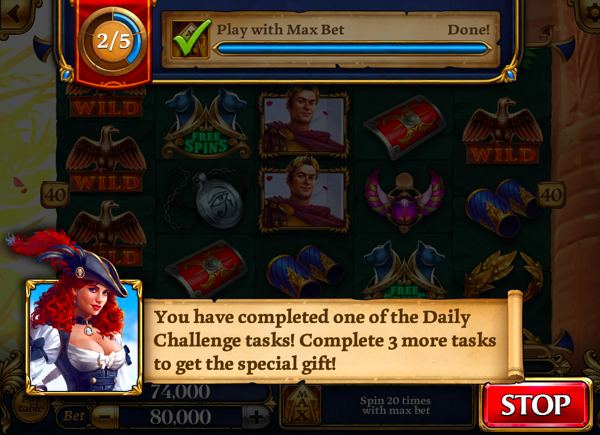 I only had 3 more tasks to complete to get a prize!

The next mission was to spin 20 times with the max bet. I was ready to take on destiny, so I dove into the mission. As I spun the reels, the busty pirate lady alerted me that I had to complete 3 more tasks to receive a special gift. I didn’t have time to ask questions, because at that moment I completed the second quest! 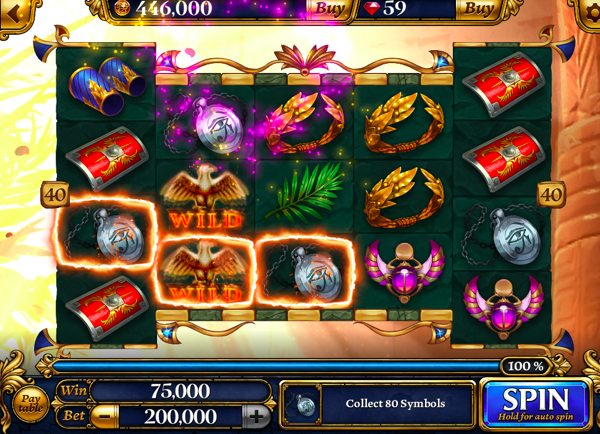 The graphics were great, but the game lacked surprises.

On the next mission, I received free max bets on each spin! I took advantage of this opportunity, & spun as many times as I could. This one me 105,000 credits, so I was on a roll. Even though the graphics were great, I was starting to get bored with the setup. Almost nothing was happening on my spins, & the missions were getting repetitive. 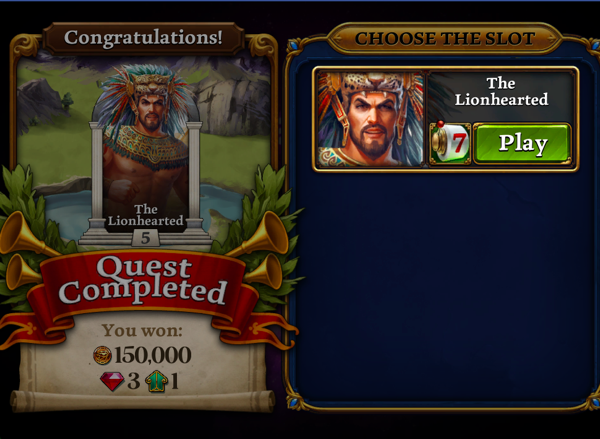 This new option came too late…

I decided to give the game another chance, & embarked on the next quest. This time I had to collect 80 symbols, so I spun furiously. I won over a million credits, which was great because I was dangerously low. Once I completed the quest, I was invited to play a new game. I had seen enough, so I quit the game while I was ahead.

Slot Era is a beautiful game that easily captivates users. The graphics are great, & the characters are enticing. It’s filled with quests & bonus games. Even with all these amenities, the game still lacks depth. I couldn’t help but get bored with the repetition. The game is off to a great start, but hopefully they add more variation as it evolves!