How Scientific Games Reinvented the Lottery

From lotteries to racing, Scientific Games has always been a trail blazer.

When it comes to modern lottery systems, Scientific Games Corporation is the founding father. For over 40 years this powerful corporation has been pioneering both lottery & gaming systems around the world. They have worked their magic over every aspect of the industry, making groundbreaking developments that paved the way for systems still used to this day. Their products range from lottery gaming systems, server/based interactive gaming terminals, instant lottery games, internet applications & lottery gaming systems.

From Lotteries to Racing, Scientific Games is Your Best Bet

Scientific Games’ influence reaches every major lottery system around the globe, which has earned them a flood of notoriety. Even though the company has gotten caught up in its fair share of scandals, it has artfully recovered & become even more powerful. Like many companies involved in the gaming industry, Scientific Gaming owes its success to its ferocious appetite for expansion. When you combine this vision with an ability to evolve you have a cornerstone of the industry for years to come. With thousands of employees & offices in every major hub around the globe, there is no stopping this innovative powerhouse.

Scientific Games was created as Autotote in 1973 by visionary developers John Koza & Daniel Bower. The company quickly made history in 1974 when they created the first secure, instant lottery ticket. This was accomplished by their state of the art security techniques that became the foundation to modern lottery systems. Autotote was the first company to combine complex algorithms, encryptions, printing treatments & firewalls to ensure that absolutely no one knew where the winning lottery ticket was. This became an essential system for lottery operators & Autotote soon became part of every major lottery system. 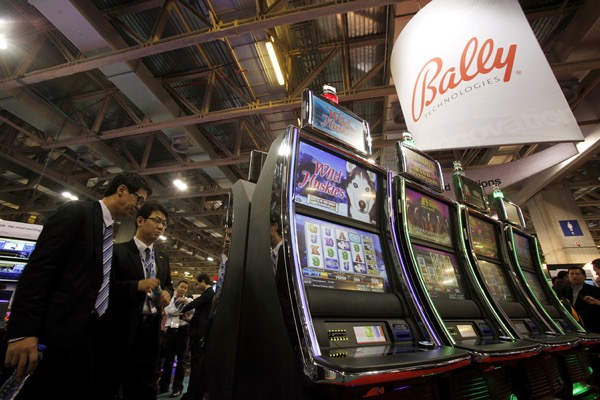 Scientific Games has weathered the storm & risen to the top of the gaming industry!

Their first run in with the law came on the heels of a controversial merger. In 1989 two totalizator companies shook up the industry when United Tote purchased Autotote Systems from Thomas H. Lee. The buyout was vehemently challenged by federal antitrust regulators & in 1991 a court ruling forced them to break up. The assets were sold back to the company founders & the company was renamed Autotote Corporation.

Even in the face of adversity the wild success of their lottery system continued to fuel their development. They went on to create secure point of sale systems that still print Mega Millions & Powerball tickets to this day. Autotote also paved the way for loyalty & reward websites with their enticing rewards system where players earned points & prizes through their non winning lotto tickets. In 2000 Autotote bought out Scientific Games, the leading producer of instant lottery equipment, for $308 million. They changed their name to Scientific Games Corporation in 2001.

Within a year Scientific Games had wrestled control of two thirds of the entire $20 billion annual racing wagering in North America. With a firm grip on racing through their Autotote computers they went on to supply pari-mutual wagering systems around the world. These automated systems controlled betting on greyhound & horse racing. The integrated system combined off track betting & race simulcasting to allow companies to easily track race results & winning tickets.

In 2002 Scientific Gaming was embroiled in another scandal when one of their software developers attempted to steal $3 million. Autotote developer Chris Harn took advantage of a security loophole to win $3 million during the 2002 Breeders Cup. Unfortunately an unexpected long shot left the conspirators with the only jackpot & the scam was discovered. After that the National Thoroughbred Racing Association required that all tote companies change their software to forward all bets immediately after closure. 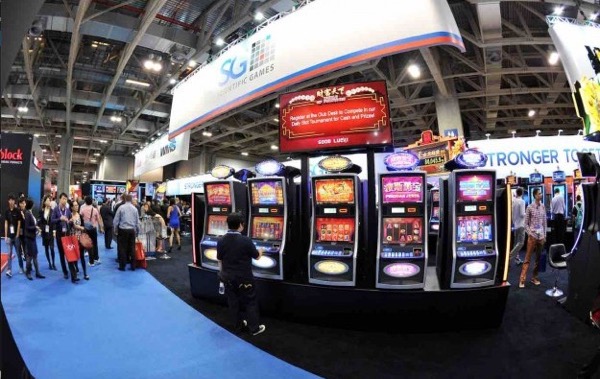 Scientific Games will always be at the vanguard of lottery systems across the globe!

Scientific Gaming parlayed this unwanted attention into a full throttle expansion. Over the next decade they would buy out every major facet of the industry. In 2006 they bought out U.K. server based gaming machine giant The Global Draw. They also climbed the ranks of European casinos with the purchase of Barcrest in 2007. In 2013 Scientific Gaming bought out WMS Industries, the 3rd largest producer of slot machines in the world. They also bought out Bally Technologies for $3.3 billion in 2014. They are also heavily involved in both the Chinese & Slovakian national lotteries.

Scientific Games Corporation has paved the way for secure lottery systems around the world. It has been credited with helping governments wrestle control of lotteries from the iron grip of mobsters. Even though their name has been firmly etched into history, their mission is far from over. They will continue to develop new regulatory systems for the most lucrative gaming industries in the world.