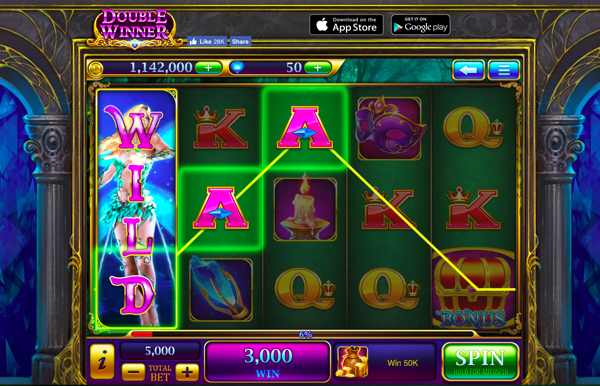 Liven Up the Holidays With DoubleWinner Casino

Out of all the casino games on Facebook, none are more enchanting than DoubleWinner Casino. They immerse players in a supernatural adventure that revolves around slots. From powerful spells to hypnotic characters, there are enough surprises to entertain even the most jaded player. By throwing players into their own fantasy world, Double Winner Casino is catching on like wildfire. So far they have 28,474 page likes and 10,000 monthly players. This steady stream of support has made this game impossible to ignore.

Like most fairy tales, DoubleWinner Casino – Free Slots is shrouded in mystery. Right now the only people talking about it are the fans, so its time to see if it lives up to the hype. Discover what this game features with our in-depth review. There were surprises at every turn, so prepare to get an intimate look at the game’s intricacies! 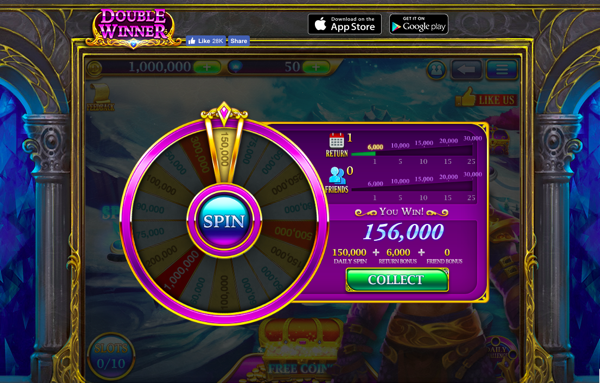 This game started out with an interesting twist.

As soon as the game loaded, I was thrown into an interesting bonus game. A large wheel consumed the screen that was bursting at the seams with free coins. Without hesitation, I dove headfirst into the bonus game. This won me 156,000 credits, which was plenty to get started. Armed with this fresh burst of bonus coins, I proceeded to the lobby. 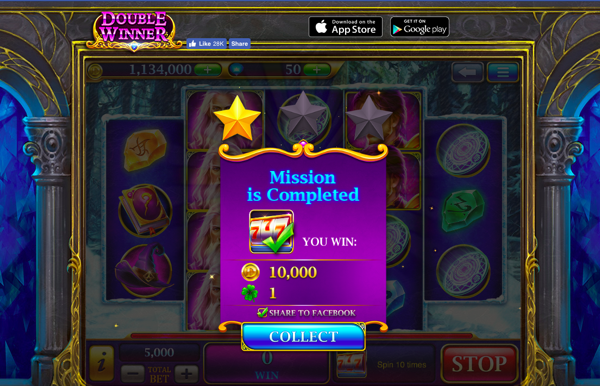 The first challenge was extremely easy…

Before I could indulge in the slots, I had to choose a character backstory. There was only one option, so there was no choice but to pick what was initially offered. Once I picked my character, I was thrown headfirst into a level and instructed to spin 10 times. By the end of the round, I had won a few small sums. This wasn’t enough to negate my losses, so I was happy to receive 10,000 credits for completing the challenge. 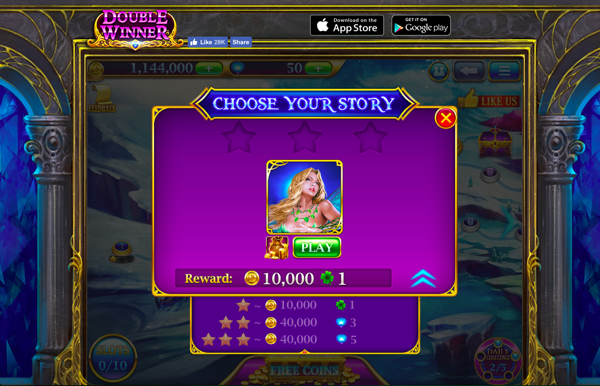 The lack of details on the character back stories was peculiar.

Once I accepted the coins, I was ushered into a map. I quickly picked the second level, which plunged me into a new slots game. Before I reached the level, I was offered to change character backstories. Ironically no backstory was provided for either character, but I guessed that the new option was better. After spending 10,000 coins on the character change, I was back in the game. 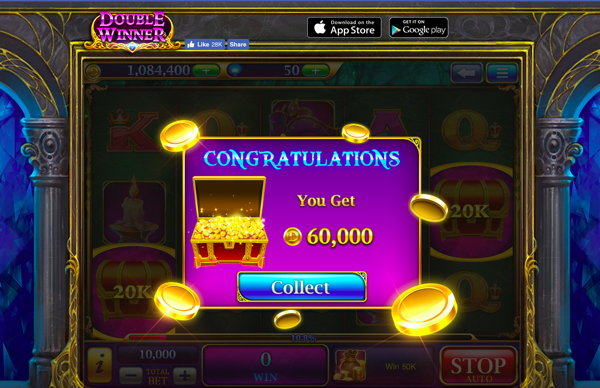 This win helped mitigate my losses.

This time the mission was to win 50K, so I started spinning furiously. After enduring too many lackluster spins, I decided to up the ante. I dove back into the game after raising the bet to 10,000 per spin. On one of the spins, I was confronted with three treasure chests and instructed to pick one. To my delight, I won 60K coins. This was a welcome surprise, since my funds were dwindling rapidly. 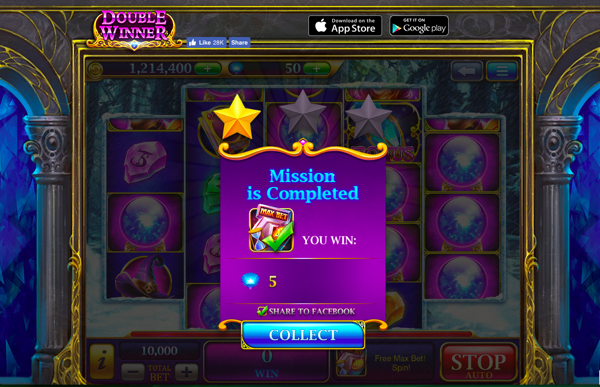 The levels were starting to get repetitive.

Once I collected the coins, I easily surpassed the 50K challenge. This won me 10,000 coins as I was ushered back to the map. The third level provided a free max bet on every spin. Desperate to take advantage of this, I dove into the reels. This allowed me to win multiple prizes that ranged from 3,000 to 26,000 credits. Despite this sudden winning streak, I wasn’t completely won over. Before the fifth level, I ended up quitting the game.

DoubleWinner Casino – Free Slots has a long way to go. While the graphics are decent, the storyline is nonexistent. From the missing backstories to lack of details on the map, there are no explanations to anything in the game. This creates a puzzling conundrum, since it’s natural to get curious with their elaborate setup. Unfortunately, the slots aren’t vibrant enough to keep these questions from ruining the game. If the developers just added a storyline, this app would be wildly better. Hopefully its in the making, otherwise this game will continue confusing new players.