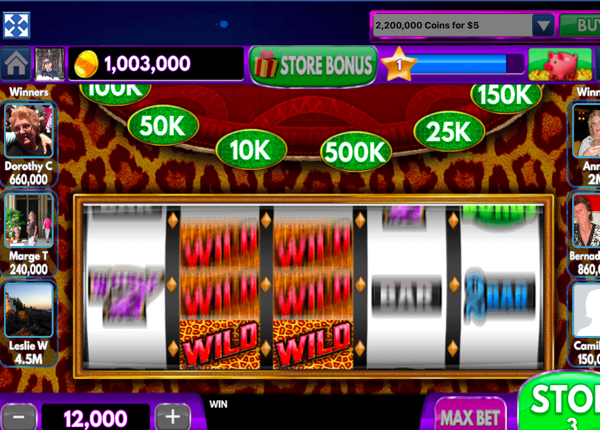 One of the slots games that are rising in popularity on Facebook is Spin Vegas Slots. In the last few months this game has emerged from relative obscurity & won over a shocking amount of players. They now entertain over 100,000 players, & the number is growing every week.This is the first major offering from Design Works Gaming, so they made it count.

According to players it’s absolutely packed with surprises. From free spins to bonus games, this release has it all. When looking at a new game, it’s hard to tell if it will last. Plenty of releases come & go, since it takes a certain amount of quality to stay relevant. Judging from the praise it has received, Spin Vegas Slots has the potential to be more than just a fad. To get the real story, we jumped into this new slot game. What we found was intriguing, so prepare to experience the most in-depth review of Spin Vegas Slots! Spin Vegas 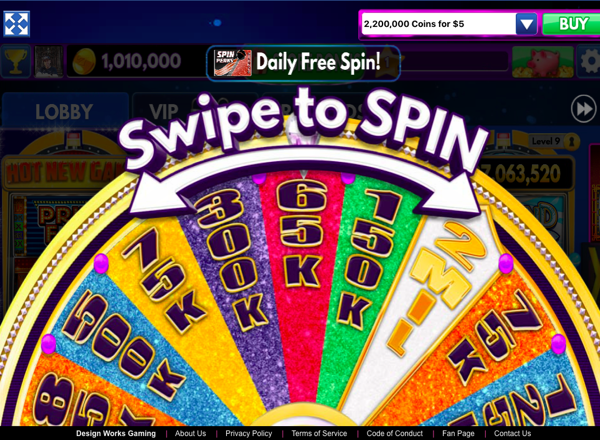 Spin Vegas Slots starts off with a slew of prizes.

Right after the game loaded, I was awarded a million coins to get into the game. After I accepted this welcome bonus, I was also awarded a daily bonus of 10,000 coins. I was off to a good start, so I tried to access the lobby. Before I could see the options, I was thrown into a Daily Free Spin. Having no choice but to spin the wheel, I gave this bonus game a try. This won me 65 thousand coins, but I was ready to get into the game. 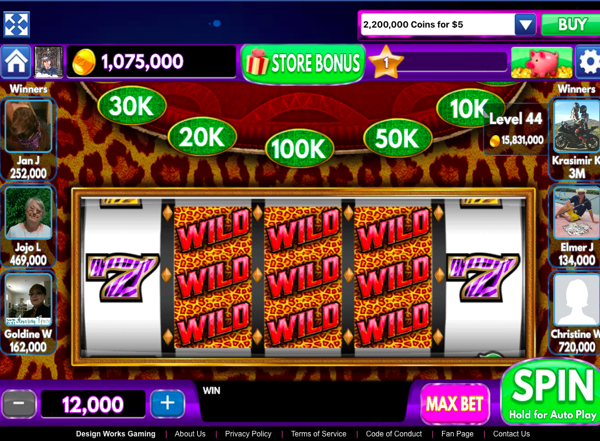 This level had an exotic feel to it.

Once I finally made it to the lobby, I thought I was greeted with a slew of choices. Unfortunately they were only available once you reached higher levels, so I really only had 3 to choose from. Faced with this grim selection, I picked Wild Hides. This game revolved around cheetah skins, which was an interesting pick for a background. 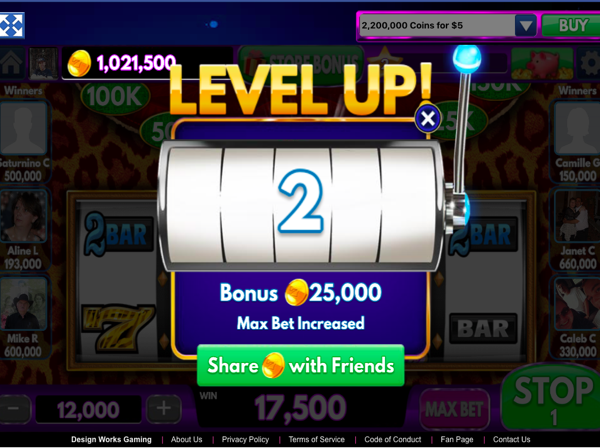 This level up was a welcome surprise.

The game had a retro feel to it, which was fine since it matched the theme. After a few uneventful spins, I won 17,000 coins. This wasn’t too impressive, since I was betting 12,000 a spin. Desperately searching for a better victory, I leveled up! This won me 25,000 credits, which was still better luck than I had spinning. 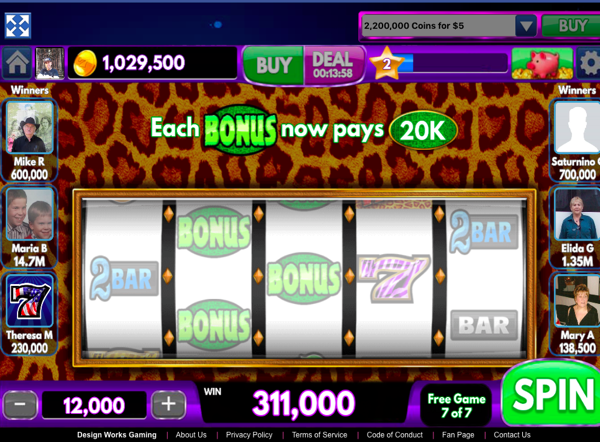 This bonus game put me back on top.

Slightly frustrated with the lack of diversity, I kept spinning. As I kept receiving lackluster spins, I finally got lucky. I received 7 bonus spins, which allowed me to pick a prize from a drop-down table. When I started the bonus game, 20,000 was selected. This meant that every bonus struck on my free spins would win me 20K. By the end of the spins I won 311,000 which was welcome news. 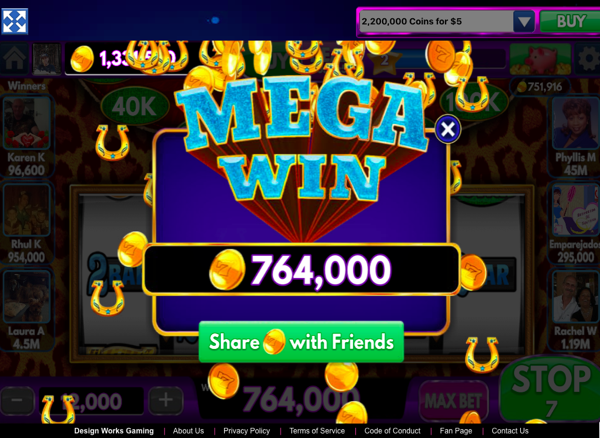 Not even this epic win could keep me playing.

Emboldened by this victory, I returned to the slots with a newfound passion. This excitement faded fast, but was briefly revived by another bonus game. This time I selected 25K, so each bonus would win me that amount. I got 14 free spins, & by the end of the round I won 764,000 coins.This was impressive, but I was still getting sick of the game. Things were a little too repetitive, so I ended up quitting.

At the end of the day, Spin Vegas Slots is a decent game. It still remains to be seen if it will last, since it lacks the charm needed to captivate players. In an age where countless options are available, games need to have something special. Unfortunately, Spin Vegas Slots is average at best. The graphics are lackluster, & the game play doesn’t have enough variation. Hopefully their developers make some improvements, or else it will be doomed to becoming obsolete.