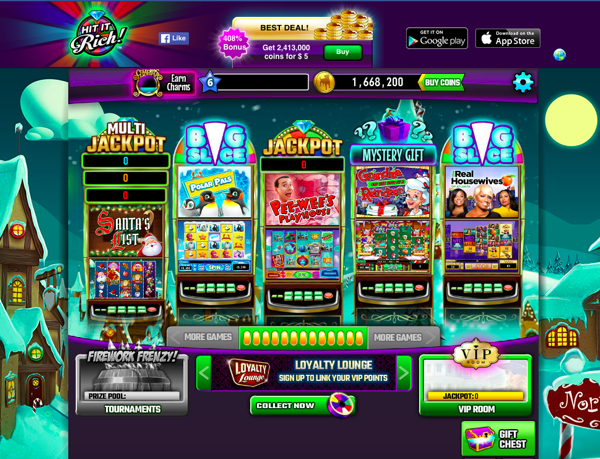 Test Your Luck With Hit It Rich! Slots App

There are plenty of casino games on Facebook, but none are as prolific as Hit It Rich! This innovative slot game has taken the social media giant by storm, seducing over 1,000,000 monthly users. On top of accruing a staggering amount of followers, they have also evolved at an impressive pace. The game now features over 100 unique brands, making it one of the most diverse gaming options on Facebook.

It’s no surprise that Hit It Rich! was created by an industry heavy weight. Zynga has cemented their legacy on Facebook with a slew of wildly popular games. From FarmVille to Zynga Poker, millions of loyal fans have been enchanted by their games. Since the rest of their games are top notch, we decided to investigated whether Hit It Rich! lived up to the hype. Prepare to be blown away by this in-depth review! 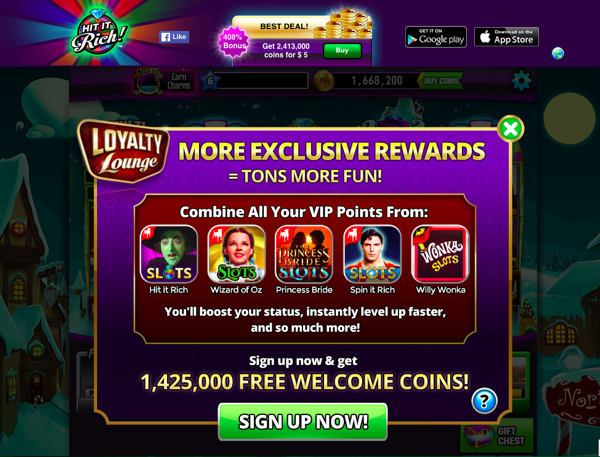 This offer was epic, but I still needed time.

As soon as the game loaded, I was ushered into their Loyalty Lounge. If I signed up for this once in a lifetime opportunity, I would be elegible for a treasure trove of bonuses. All the VIP points from the other Zynga games would be combined, & I would receive 1,425,000 welcome coins! This was a tempting offer, but I decided to play the game before making any major decisions. 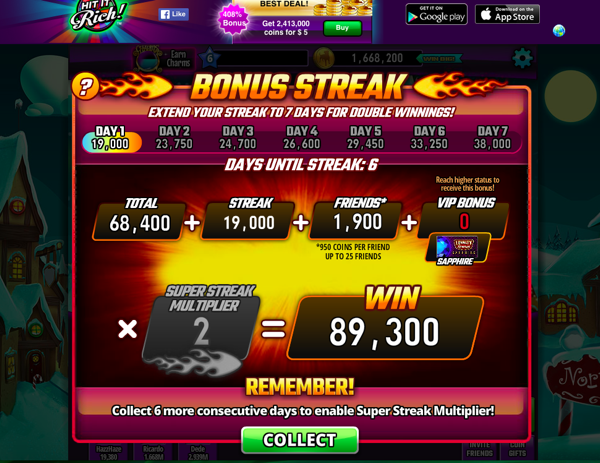 This put me back in the game!

After politely declining their offer, I finally made it into the lobby. Suddenly I was thrown into a Bonus Streak! This awarded me 89,300 coins. Elated by this unexpected turn of events, I returned to the lobby with a fresh burst of enthusiasm. 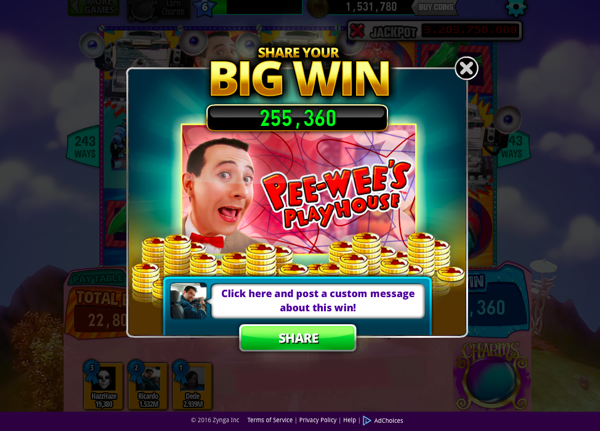 This big win was exactly what I needed to escape Pee-Wee’s Playground!

After careful deliberation, I made it into Pee Wee’s Playhouse. It wasn’t my first choice, but it was perfect for my budget. Once in, I quickly realized that Pee-Wee’s world was extremely bizarre. Every character looked like it came from a bad acid trip. Before I could become too dismayed, I was thrown into a bonus round! A puzzling looking robot told me to pick the word of the day. After careful deliberation, I picked the left envelope. This won me 5 free bonus spins! In total these spins brought me 255,360 coins, so I was able to enter a more sane game. 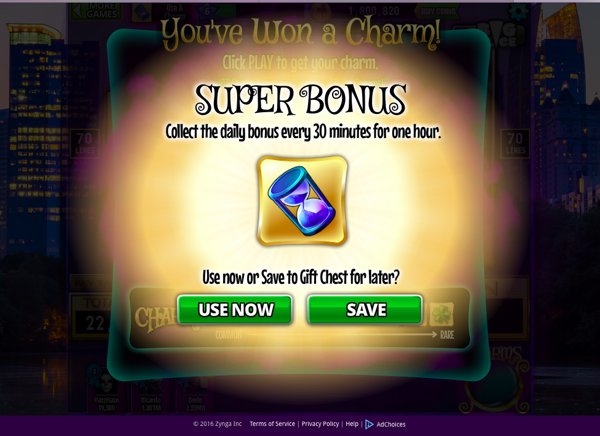 This was a welcome bonus.

I finally had enough coins to enter Real Housewives of Atlanta, so I jumped on the chance. This game was a lot less unsettling, the characters appeared normal. After my first spin I was alerted that I had won a charm! This won me the Super Bonus, which I could collect every half hour for 1 hour.

This revolutionized my gameplay. I was hooked! After furiously playing for over an hour, I decided to call it quits. I had amassed over 1 million coins, but it was time to call it a day.

Hit It Rich! is a truly epic game. Each level comes to life with vibrant graphics & plenty of bonus rounds. Whenever things start to get repetitive, Zynga throws in enough surprises to keep you guessing. From wild bonuses to unexpected prizes, this game keeps you in a state of wonder. I would highly recommend this game to anyone who loves slots. You can’t go wrong with this top notch game!