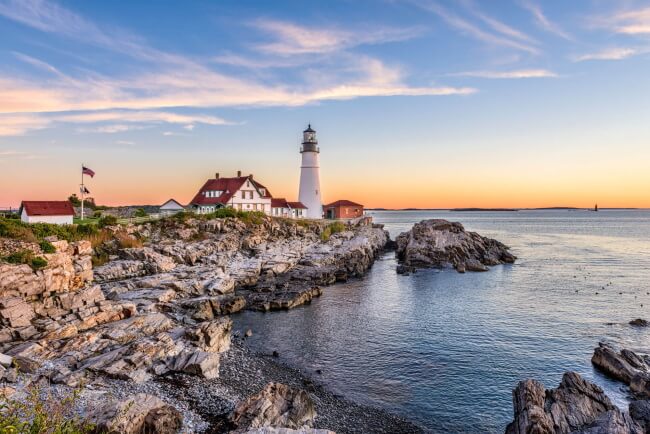 If you are going to visit Portland during the winters do not fear the cold temperature and only if you can take it. A more of a year-round tourist destination, Maine is attracting all kinds of people around the world because of its cold experience and profitable due to low hotel prices and smaller crowds.

1. Check-in at a Cozy Boutique Hotel 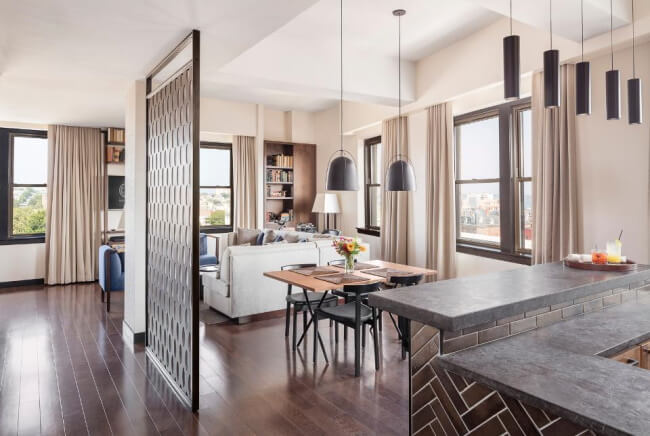 Check-in at a Cozy Boutique Hotel

You don’t need to get off of the bed if you are craving for a crafty cocktail as the staff of The Press Hotel will be obliged enough to serve you. The Press Hotel is a part of the Marriott’s Autograph Collection where you can thrive happily and content in the center of the town in the former Press-Herald’s office. The office is a tribute to the story of the building’s past. Literary quotes can be found on the walls of it. “Off the Record” is available to the guests at the Inkwell Bar. The Union has to offer incredible dishes because of the head chef of the restaurant, Chef Josh Berry winning the Maine Restaurant Association’s 2017 Chef of the Year.

Francis is one of the most popular boutique hotels in the West End. Named after the architect Francis Fassett who built the home for a merchant named Mellen E. Bolster in 1881, it is renovated in a historic home in the West End. It was vacant until the restoration began in the year 2016. Now it is a symphony of art and culture. While restoring it unveiled amusing details like tiled fireplaces, hardwood floors, and stained glass which led to the establishment of the legendary 15 room hotel on the National Park Service’s Registry of Historic Places. A drink of your own choice is also available over here for you. A seasonal and locally inspired menu is followed by Chef Nicholas Verdisco who owns a restaurant named Bolster, Snow, and Co. just outside the hotel. 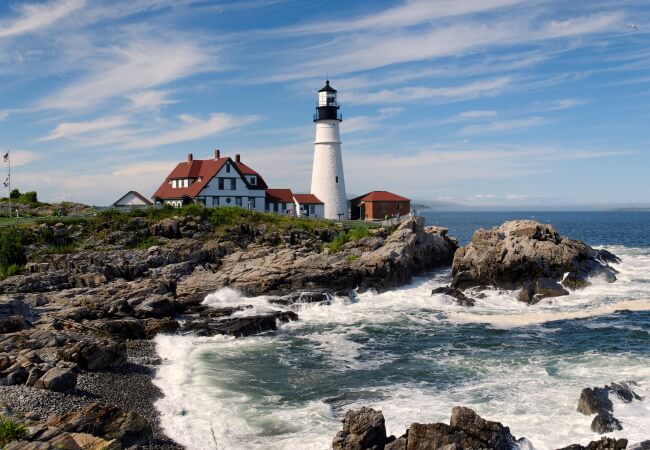 Mainly known for lobsters and lighthouses, Maine serves you the best lobster delicacies of the area and due to its availability during winter you do not have to struggle in lines for the food to be served. Also due to less attraction during the winters, you don’t find the need to crop crowds out of your lighthouse photos. For a city with a population of about 66000 people, Portland has a lot to give in the field of art and culture. There is a saying here that the culture-filled city is Portlyn, which is the Maine equivalent of Brooklyn by the locals.

3. Eat Your Way Through Town on a Foodie Tour 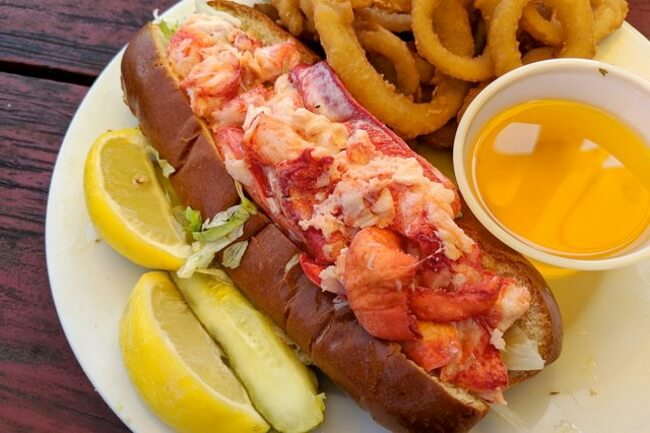 Eat Your Way Through Town on a Foodie Tour

Known for its food generally, Portland is close to the level of Boston and New York when it comes to culinary delicacies and resources. There is a lot of perimeters to secure when it comes to food in Portland. For starters check out the Maine Foodie Tours where some guides and informants will help you discover the staples and heartwarming cuisines of the locals. There is a place called the Public Market House which is a food hall in Monument Square. The symphony that the blueberries served here that takes place in your mouth is worth dying for. The Maine Foodie Tours guides will also give you recommendations about other food and drink spots in the area for the rest of your stay.

4. Then Eat Some More 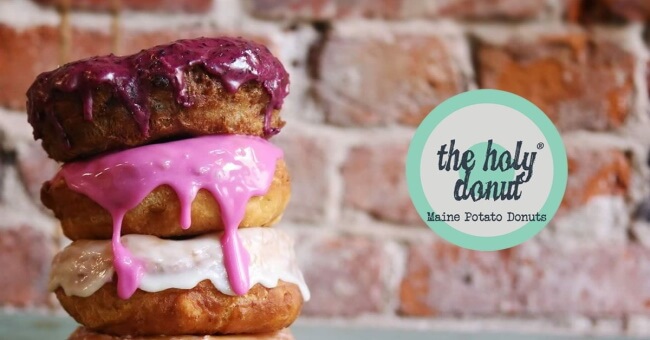 Then Eat Some More

Just when you think that you are done eating, comes the classic go-spots of Portland. Places like Eventide which are famous for their oysters, The Holy Doughnut for their doughnuts, Otto for their pizzas. One of the restaurants that pioneered the farm-to-table movement in the region, Fore Street is a local favorite for families expecting a nice and delicious dinner. Although Woodford F&B might not be available in the Old Port, you shouldn’t miss it. The Woodford Corner neighborhood is located just off a downtown peninsula that offers a reasonable fare in a modern-day space that reminisces on the building’s former status which was a steakhouse called Valle’s. Other favorites located around here are The Honey Paw, Little Giant, David’s Chaval, Duckfat, and Central Provisions. 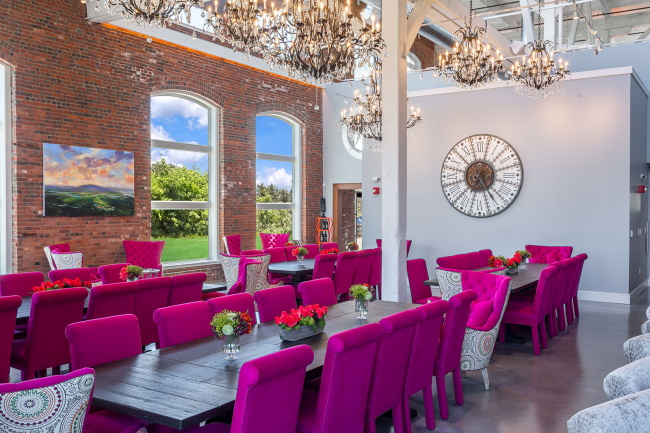 Portland also serves you the craftiest of the beer made possible by them. Companies like Rising Tide Brewing Company, Allagash Brewing Company, Shipyard Brewing Company, and the Bissel Brothers are responsible for such quality beer that they can produce. Brewing one-of-a-kind craft cocktails and have a close environment that pays tribute to the city’s seafaring heritage, Blyth and Burrows also have a surprise bookcase in the back. A speakeasy is a vintage bartender drink that many bartenders like to try after getting off of the work. There is also a spot called Lincolns. All the drinks have a price of less than $5. The exact location can be asked by interrogating the locals about its whereabouts. There is also some luxurious wine tasting that happens in Portland. Places like Cellardoor Winery which is at Thompson’s Point serves you good wine and also takes you on the tour of the vineyard visit and the making of the wine. Open concerts can be organized outside in the summer.

6. Shop till you Drop in Freeport

Shop till you Drop in Freeport

In the alluring town of Seaport there exists the outdoor gear company which invented the OG Bean Boot. The flagship store of L.L. Bean, it is located about 20 minutes from Portland. Except for major family events, the store has been opened since 1917 and went all day and night long during the year 1951. Other outlet stores are also available in Freeport to engage the bystanders in some amazing deals. There is also a McDonald’s present which is by far the most beautiful and charming Mcdonald’s you will ever see. After the shopping, come to the food again maybe something not very heavy like afternoon tea at the Harraseeket Inn.

7. Work out on the Trails 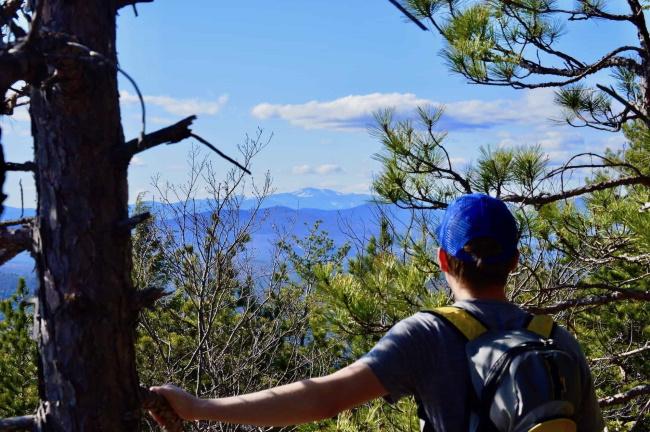 Work out on the Trails

If the weather is appropriate to take advantage of the L.L. Bean’s Discovery school and visit the trails and work up a sweat. Activities like cross-country skiing and snowshoeing are available over there. Guides are present to explain to you the standard procedure and the participation required to partake in these activities. Portland, as you know it, is a foodie country so it is highly recommended for you to eat before any partake in these activities.

Being the quintessential art and culture museum of the world, the Portland Museum of Art has something better to offer to you which other countries lack to offer which is the crowds. You can speed run through the entire museum in about 20 minutes or you can take your time admiring the mesmerizing art. Fridays from 4 p.m. to 8 p.m. the PMA is free and perchance you visit the museum during the first Friday of the month make sure to admire the local galleries and shops for the First Friday Art Walk. 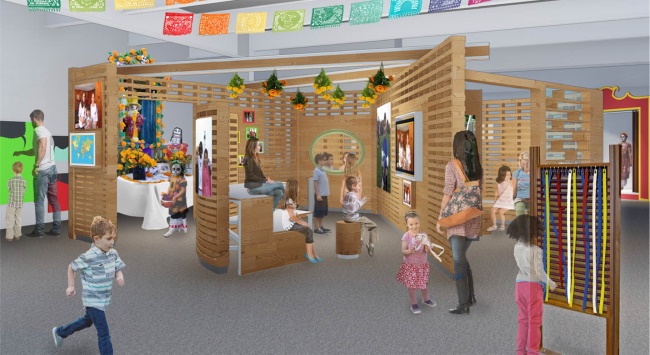 Get your kids inside the Children’s Museum and Theatre of Maine where you can find a bramble of creativity and curiosity. It is an exhibition where children get to showcase their rawest talents that focuses majorly on hands-on learning and participate in drawing and painting events. Events like Lights, camera, Colour: where children can interact with a real periscopic camera, Our Town’s Farmers’ Market where the kids can build up their math skills and learn about Maine’s food specialties. Another event is the Fire Truck where children get to ride a 25-foot fire truck and drive down a brass fire station pole which is another interesting spot of the museum.

These are some of the most astonishing and thrilling things to do and places to visit in Portland, Mane if you plan to visit this lovely place in 2020.