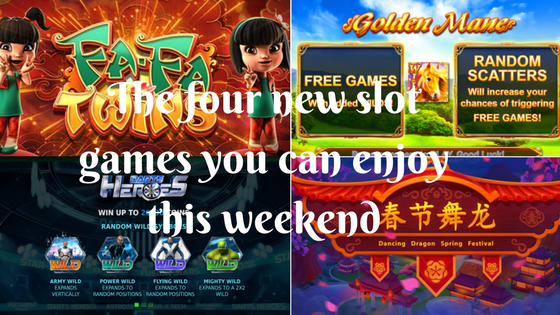 The four new slot games you can enjoy this weekend

At Winmenot you have been finding new slot games to play and enjoy now and then and we always wish to update you with the latest slots and bonuses. As February 2017 last week is almost here and as you relax this weekend with your family and friends you can enjoy some slot machines. Though there are many new slot games out in the casinos each month for you to play but here are the four best new slot games you can enjoy. These games were released lately and you can play them at online casinos of your choice. 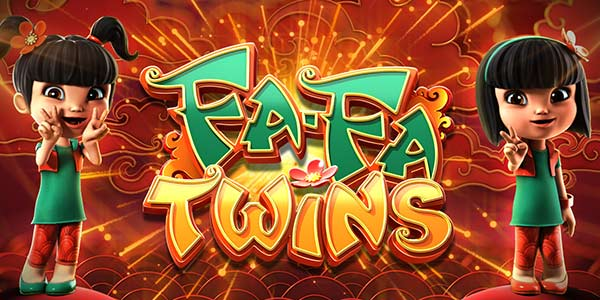 Fa Fa Twins is a cute new slot game developed by the leader in 3D iGaming evolution, Betsoft Gaming. The new Fa Fa Twins slot is inspired by the popular elements of pan-Asian culture. The theme is strongly supported by a rich colour scheme of red and gold. This slot game offers 243 ways to win and the main feature in this slot is the Dual Reel mechanism thanks to which at the start of any spin, at least two adjacent reels are identical, presenting matching icons. The duplication feature can boost from two reels to three, four or even five reels for maximum opportunities at winning big.

There is also a Double Up feature, which gives you a chance to gamble half or all your winnings for a chance to double any line win. The Double Up feature connected with the Dual Reels, can offer a win of up to 1,215,000 credits in a single spin. Another great option, a frequently appearing Wild symbol, bearing the game’s logo, is supposed to award many prizes as it substitutes for all icons and can occur on reels II, III, IV and V. 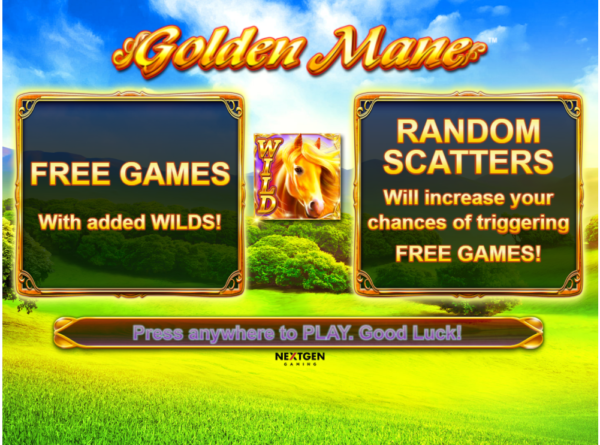 Golden Mane is new slot machine developed by Next Gen Gaming. The theme used on this 5-reel and 10-payline title is quite common, but the developer has brought his personal touch to improve it all. Golden Mane is about horses, but NextGen has set up a setting that evokes the fantastic universe and you will not have any trouble realizing it once you get to the game interface. It is possible to see on the first videos of the title, there are horses of different colors, a small autumn tree, a mountain, a horseshoe, icons of poker cards and more.

Given the importance of the features in the gaming experience, the developer has taken care to incorporate some of them into this. There is for example the joker which is represented by the icon of the horse with the golden mane marked Wild. As you can guess, it has the power to replace ordinary symbols so you can get winning combinations faster and easier. There is also the bonus symbol that is represented by the horseshoe and appears only on rolls 2, 3 and 4. Whenever you get it at least twice, you can receive free spins with additional wildcards. 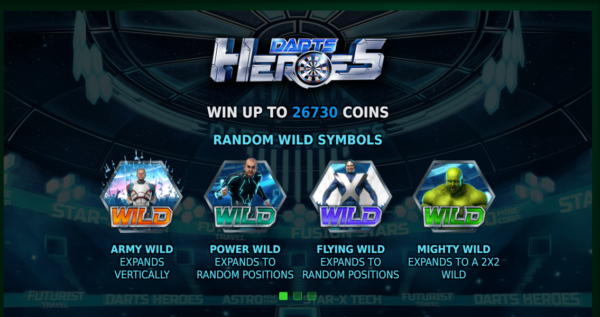 Darts Heroes is slot game by Stake Logic and taking place at some point in the future, in an intergalactic darts tournament starring Starring Phil Taylor, Raymond van Barneveld, Michael van Gerwen and Gary Anderson, who are 4 major players nowadays. Darts Heroes is bringing some science fiction to the table and the game is taking place in some sort of futuristic arena packed with cheering fans. Between lasers and neon signs, the 4 protagonists are fiercely competing for the title of intergalactic darts champion. You have 5 spinning reels and 243 ways to win at every turn, with a betting range going from 0.40 to just 40 credits per turn.

The top prize in the base game corresponds to 250 times the value of your line bet, which you can obtain by scoring a long combination with one of the 4 heroes. The rest of the paytable contains card icons, targets, darts and other items. Check out the superpowers of 4 heroes as each of them can turn into a bonus symbol at random, and finding one of the same on reels 1, 3 and 5 awards 20 free spins instantly, together with an additional reward that can go up to 200 times your line bet. Furthermore, each hero can also turn into a wild and replace the basic symbols on the reels. 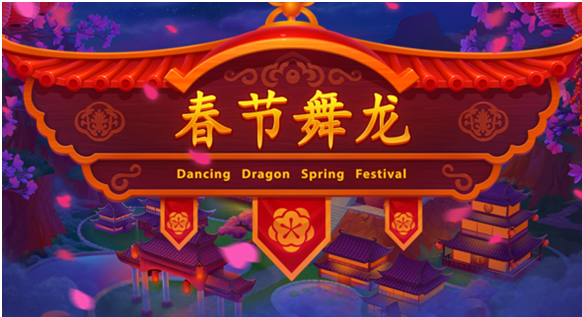 This slot has 5 reels 30 paylines and great paying symbols

Dancing Dragon Spring Festival slot developed by Playson is unsurprisingly a Chinese themed game but with a difference.
There are 30 pay lines over 5 reels of 3 rows and the slot has ‘adjacent pays’ in other words 3 or more consecutive matching symbols on any of the pay lines awards a win, so that can be on reels 2, 3 and 4 or 3, 4 and 5 as well as the first three. There is a stacked Wild but only on reel 3 and as there is no multiplier it may seem irrelevant to some in that you have all symbols stacked 3 rows high on all reels anyway. There are scatters but these Dragons are simply stake multipliers and trigger no feature. You get a handsome 100x stake for 5 of them though and for a pair anywhere 2x stake.
The big value lies in the top – paying symbol the Horned Dragon. 5-of-a-kind of these pays 166.67x stake so if a full screen were to land you will win the game’s maximum prize, a colossal 5000x stake! This is ten times more than the second – highest paying character so wins with it will be at a premium.

Now enjoy playing these wonderful slot games at your favourite online casinos and do not forget to grab free spins and bonuses that come along with these games.