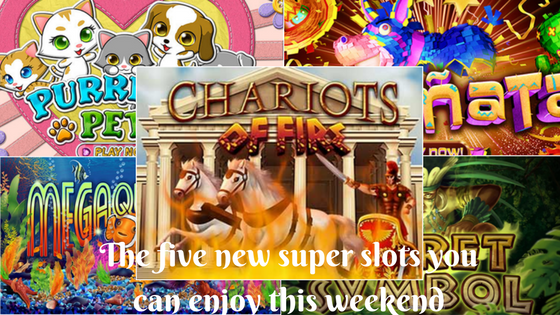 The five new super slots you can enjoy this weekend

Each month lots of new slot games are released at online casinos by most of the gaming software companies. Microgaming regularly brings new slot games at casino floors, followed by NetEnt and other games developers. Real Time Gaming have few new releases each month but the slots powered by RTG are good enough to play and enjoy with real money or for free play at the online casinos. As you always find from time to time new slots are described at winmenot for you to enjoy here in the series of new slots to play find five new super slots that you can enjoy this weekend. 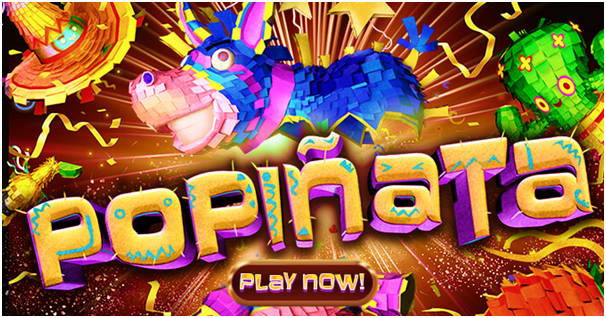 All symbols pay Left to Right and Right to Left, giving you more opportunities to win.

Popiñata is the new slot released by Real Time Gaming software and brings you right into the middle of the party, where the music plays all night long, piñatas are plentiful and lights twinkle in the desert. The symbols in this low volatility game pay both Left to Right and Right to Left. Combined with the Wild Re-Spin feature, you’ll be watching your bankroll grow as the piñatas explode.
You can launch fireworks, eat tacos and enjoy the guitar playing in the background of this festive slot. Donkey Pinata is the wild symbol in the game that appears on reels 2, 3 and 4. It then expands to cover all position on its reel before wins are awarded. On top of that, when the Donkey appears and after the wins are awarded, a re-spin is triggered. If another Donkey shows up, you’re awarded one more re-spin.

To play Popiñata, all you have to do is to visit any US friendly online casino, search the game and open the game and click Play. Then, select the number of paylines – there are up to 10 paylines in Popiñata. Set your bet size, click spin and watch as the symbols explode when they create winning combinations. The wild symbol and expands to cover all positions on his reel and as said above that is the Donkey here. When one or more Donkeys show up again, a Wild Re-Spin is triggered and when a new Donkey appears, another re-spin is begins. You can win up to 40,000 coins in Popinata Slots. 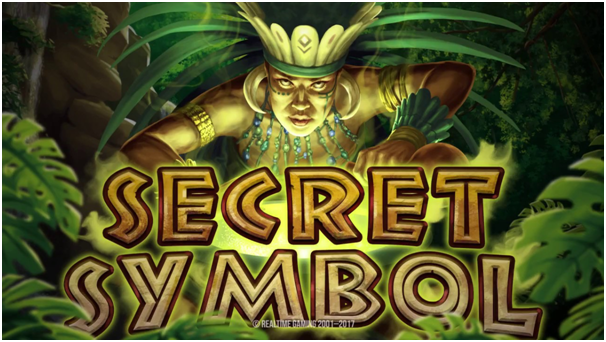 A multiplier is also added to the free spins bonus round starting from 2x to 20x. If the wild Aztec chief appears on the second and fourth reels during the free bonus games, the whole reel is turned wild. The Aztec chief becomes an expanding wild to increase winning combinations.

Secret symbol is another interesting new slot game from Real Time Gaming. You can enter the jungle and play with the Aztecs in this fantastic slot game. The Aztec chief is the wild and appears on reels 2 and 4. Also keep your eyes peeled for the pyramid symbol; 3 or more scattered anywhere will award you the free game feature and 10 free spins.

To play this game all you need is to do is choose any online casino to play, search the game and click play to get started. From there, you’ll need to select your wager. All symbols pay left to right except for scattered pyramids, which pay any. Minimum bet amount is $0.20, maximum is $5. Just input your total bet and click to get spinning. With a little bit of luck, you’ll find yourself with plenty of scatters and wilds. 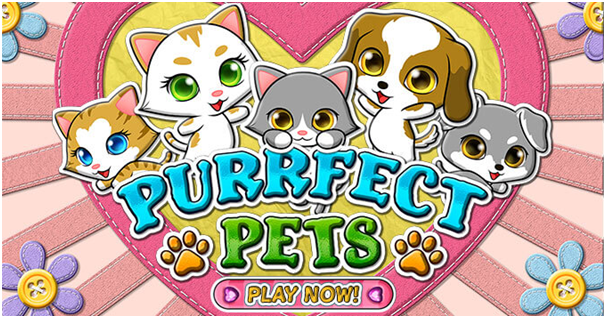 Purrfect Pets Slots is an entertaining game being charmed by adorable animals, it offers up plenty of riches from a wild cat symbol that triples your wins, a cat vs. dogs free spins round and a progressive jackpot worth up to 30,000x your stake.

The Purrfect Pets slot is a 5 reel and 25 payline slot set to a pastel colored neighborhood where furry pets roam. Spinning in on the reels you will find cuddly dogs and cats and all their accessories like food bowls, collars, milk and toys.

The cat symbol acts as the wild symbol tripling all wins it forms while the dog acts as the scatter symbol. Three or more scattered Dogs award 10 Free Games with all prizes doubled. During this feature all Dogs act as additional Cat Wilds. At the end of each spin, a randomly triggered feature can be awarded including Doggy Dollars, a Random Rich and a Wild Cat feature. You’re sure to win big when you play the Purrfect Pets slot with a top jackpot prize of 30,000x your stake 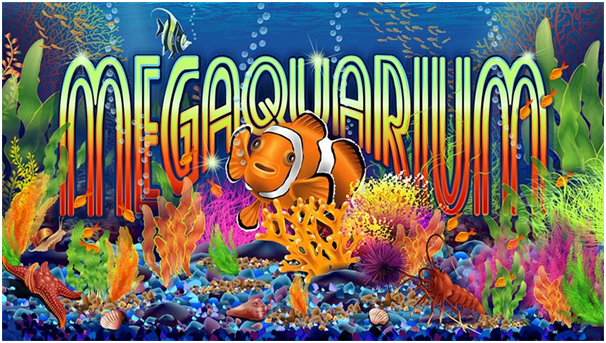 There is interesting Free Spins concept and the game stores two progressive jackpots that could hit you at any time in the game.

This slot game was released by RTG and is also a new slot at online casinos. The dynamic background shows vivid and colourful flora and fauna at the bottom of the ocean moving around before your eyes. The reels are populated by sea creatures and sea grass with the main protagonist resembling Nemo from the popular animated movie Finding Nemo. This little fellow will help you form winning combinations and if you are really lucky you will hit one of the two progressive jackpots.

The 5×3 reel set keeps 50 win lines in store and you need to land a group of matching symbols in order to win and get paid. The 50 paylines are fixed which means that the bet amount you choose will apply to all 50 reels and the bet spans from $0.50 to $500. The range will definitely appeal to high-rollers, especially with the prospect of winning one of two progressive jackpots. As for the regular payouts, at any given spin you might get the top prize of 50,000 times your bet per line.

The little Clown Fish is the Wild in this game but it does more than replacing regular-paying icons of the game. In addition it doubles any win it is a part of. Wild appears only on reels 2 and 4 during the main game. The second special symbol of the game is the Scatter depicted as a neon sign which signals that the Free Spins round is just around the corner, we mean sea grass. Interestingly it takes only two Scatters (on reel 1 and 5) to activate 7 Free Spins.

After the Bonus games a random multiplier of up to 200 times your stake is awarded. On the 10 spin, Super Games triggers are added to the first three reels. Should the Super Games be triggered you get 3 additional spins with a 5 times multiplier and a potential prize from 3x to 200 x multiplier. On the 13th reel Mega Games symbols are added to reels 1, 2 and 3. When triggered Mega Games adds 3 Free Spins with reels 4 and 5 covered in Wilds. Extra Games symbols are added to reel 3 and whenever it appears it adds another Free Spins. On top of that there is a possibility of winning up to 500x multiplier. 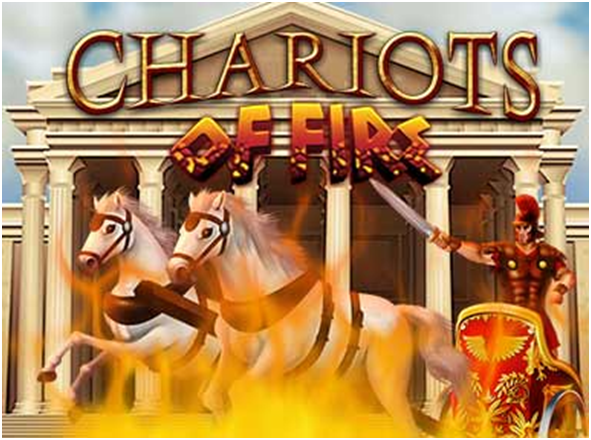 Chariots of Fire is new slot game from Rival Gaming which is themed on Roman Empire. Rome was not built in a day, it was conquest through warfare that expanded the Roman Empire. The Emperor has sent his finest soldiers into battle, with swift and powerful chariots. The blazing speed of the horses would allow soldiers to spread quickly around enemies like wild fire. When the victorious soldiers arrived home people took to the streets in a celebration of the success of the Roman legion.

The Chariots of Fire slot is a 5 reel and 25 payline game. Spinning in on the reels are classic icons representing the time period including a shield, helmet, crossbow, the SPQR flag, a woman, a horse, an Imperial soldier, and of course, the Emperor. Your lower value icons are represented by 10, J, Q, K, A symbols cast in gold. The soldier icon triggers the free spins where the 3rd reel is completely wild. During free spins the soldier will also trigger the Roman Victory round, where the 1st and 3rd reels are also wild. With a free spins continuously expanding Wild, super round with continuously expanding wilds, the Chariots of Fire slot will surely set you in victory and glory.

Besides these five exciting new slot games you can also enjoy many other slot games which have been released at online casinos. Do not forget that there are a great welcome bonus offers at online casinos and also coupons to redeem. For more new slots stay tuned at winmenot.