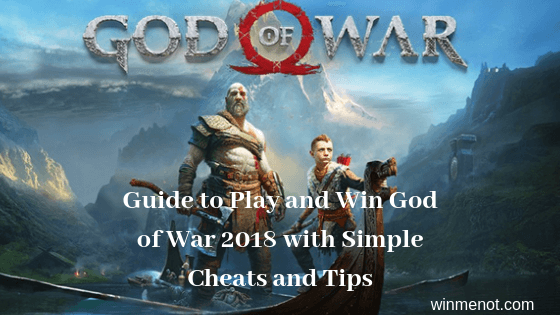 Few days back I started playing God of War. God of war is the most popular game and the new series and was released in April 2018 as a soft reboot to the popular series, with star Kratos as the main protagonist. His son plays a large part in the game, accompanying the bearded hero as you hunt monsters throughout a range of varied environments. The game which earier in previous series focused on Greek mythology, now has its eye to the weird and wonderful world of Norse Mythology. 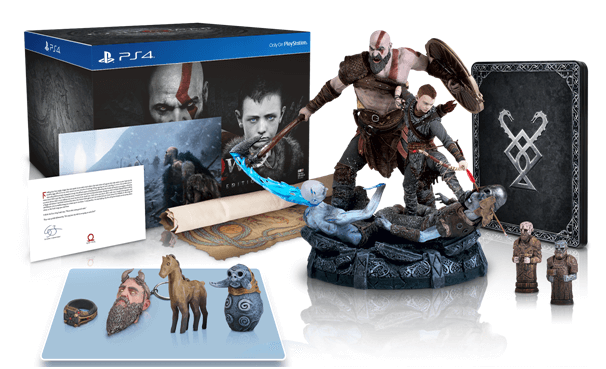 This action-adventure video game developed by Santa Monica Studio and published by Sony Interactive Entertainment is meant for the PlayStation 4 (PS4) console, and it is the eighth installment in the God of War series, the eighth chronologically, and the sequel to 2010’s God of War III. As said the main protagonists are Kratos, the former Greek God of War and his young son Atreus. Following the death of Kratos’ second wife who was Atreus’ mother, they journey to fulfill her promise and spread her ashes at the highest peak of the nine realms. Kratos keeps his troubled past a secret from Atreus, who is unaware of his divine nature. Along their journey, they encounter monsters and gods of the Norse world.

The game received perfect scores from multiple reviewers, making it the highest-rated game in the God of War series, as well the third highest-rated PS4 game, on Metacritic and five million copies were sold within a month of release.

In this franchise there is a major gameplay change which is that Kratos who uses a magical battle axe instead of his signature double-chained blades. God of War received universal acclaim from critics, being praised for its narrative, world design, art direction, graphics, characters, and combat system.

God of War 2018- Guide to the game essentials 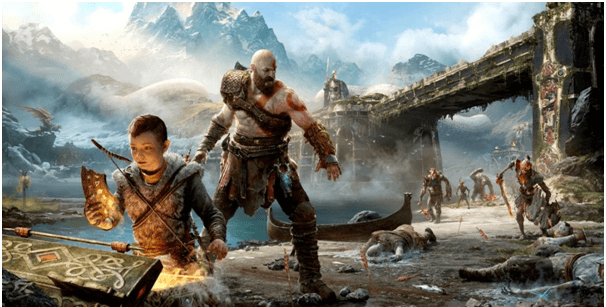 God of War makes the most of even the least consequential locations. You can explore the game and its characters as you start playing where a tiny island will feature branching paths to puzzles and pseudo-boss fights.

In your journey to this game you will meet Witch of the forest and Witch compass which is a tool that will aid you in your navigation by displaying the general direction as well as the icons for the Journey and side quests your distance to them.

Also you need to take note the color of the flash which indicates that an enemy is about to attack. This will help determine which ones you can block or those you need to avoid. Ordinary attacks can be blocked without getting staggered. Yellow flashes can be parried but can stagger Kratos when blocked. Red flashes must be avoided at all costs. 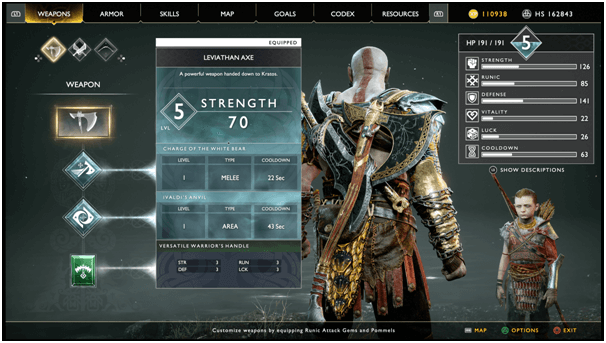 There is an enemy Health Bar and Stun Meter which will help you kill the enemy while filling up the thinner stun meter under the HP bar will allow Kratos to destroy an enemy with a powerful finisher move and note that Kratos cannot be interrupted or hurt while doing the finisher move.

Then talismans are special equipment that gives Kratos additional abilities. If the equipped talisman has a passive effect, the icon will not light up.

Equipped Weapon displays the weapon you currently have equipped. Kratos only has two weapons, the Leviathan Axe and the Blades of Chaos. He can also perform bare-handed attacks if he unequips his weapon (or throws his Leviathan Axe and haven’t recalled it yet) Kratos can still use his shield even while bare-handed.

Kratos’ health bar can be extended three more times by finding Idunn Apples from Legendary Chests. You have to collect 3 in order to increase your max HP. There’s a total of 9 apples scattered in the game. Since you can’t use consumable items in the game, you have to rely on green crystal pickups that you find along the way.

Spartan Rage is a meter that will allow Kratos to use Spartan Rage, a temporary mode that will give him an immense boost of strength, attack, defense, and HP regeneration. You gain rage after defeating enemies but you gain more by killing them with finishers. You can also pick up red crystals along the way. You can increase the Spartan Rage gauge by finding Horn of Blood Meads. You have to collect three of them in order to increase the gauge. There’s a total of nine of them scattered all throughout the World.

Similar to Kratos’ Runic attacks, there’s a Atreus Runic Summon. This can be activated by pressing and holding the Square Button. There are six Runic Summons available for Atreus but you can only equip one at a time.

Arrow Count displays Atreus’ current arrow count. Once depleted or used, give him a few seconds to replenish the count completely.

Whenever there are new entries to your codex, you will obtain new information or what not, they will usually show up in this part of the screen. It’s recommended to read the notifications regularly and be updated of your progress.

Gods of War- Cheats and Tips 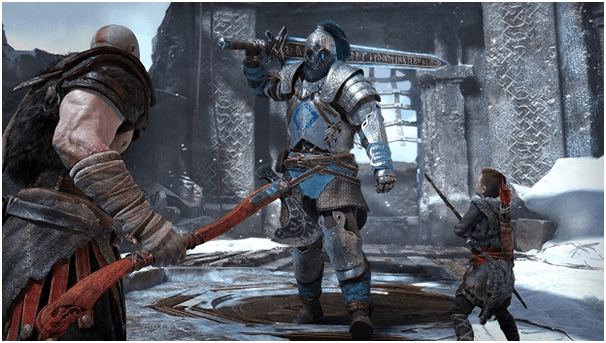 As you venture in this new dangerous World, full of Norse gods, monsters and mythical beings, you have to face same brutal, free-flowing combat with many secrets to explore. Here are few cheats and tips to defeat the enemy as sourced from supercheats.

1. How to defeat the nine Valkyries? 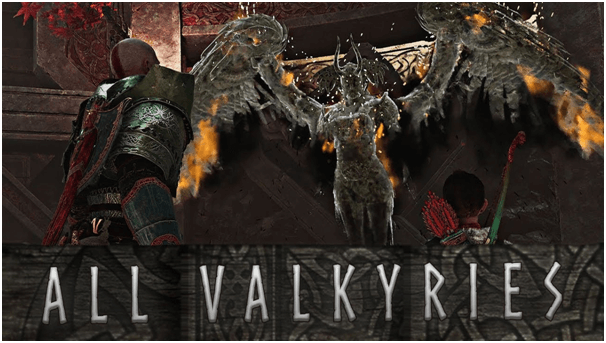 When you complete the main story you will unlock the Valkyrie locations. Then after you have defeated the eight Valkyries you will have acquired the head of each. Take these heads to the council of the Valkyries and you will unlock a ninth Valkyrie location which will be the domain of the Queen Valkyrie. You need is to have a chisel in order to gain access to the Chamber of Odin. The main reward for defeating Valkyrie in God of War is Valkyrie armour.

2. How to upgrade the Blades of Chaos? 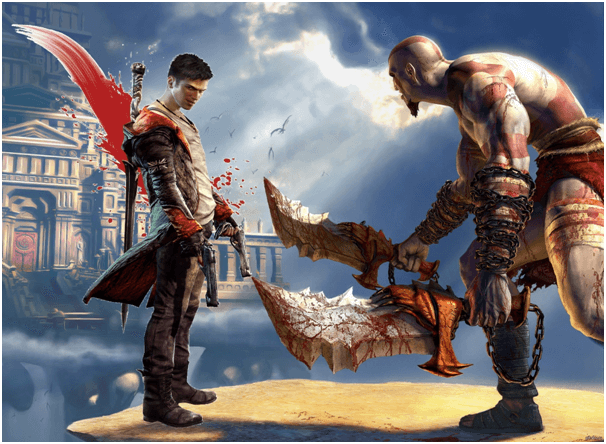 To upgrade the Blades of Chaos you must use a material called ‘Chaos Flame’ which you pick up during the story. This is done by getting the blades to level four and then in level five defeating the Valkyrie in Muspelheim who will upon it’s death drop an item called ‘Raging Inferno of Muspelheim’, which you then need to take back to any shop. In shop go to ‘Buy’, followed by ‘Resources’ and click on the ‘Chaos Flame’ to trade it for the item you picked up from the Valkyrie. If you now put the Chaos Flame in the Blades of Chaos you will fully upgrade them. Completing this task will unlock the ‘Why Fight It?’ trophy.

3. How to unlock Muspelheim Realm? 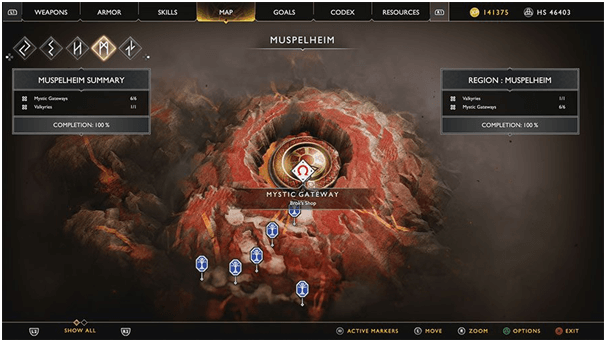 Muspelheim Realm becomes unlocked when you have found four Muspelheim Language Ciphers. They can be found in the purple cipher chests that have a white ‘face’ lock. There are more than four and once you have all four of them go to the Realm Travel Room and select Muspelheim as your destination. Muspelheim Realm is a bonus area that contains trials, needed for the ‘Fire and Brimstone’ trophy. Finding ALL the language ciphers in the game is required for the ‘Trilingual’ trophy.

4. How to find ALL Nornir Chests and Puzzle? 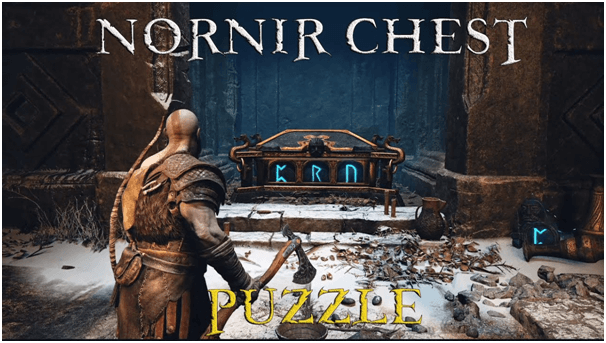 There are 21 Norni chests in total and each of them will contain either an Idunn Apple or a Horn of Blood Mead which are upgrades for Kratos. For every three Apples you find you will gain health and for every three horns you will increase your rage up to a total of three upgrades each. The Nornir chests are each magically sealed and you must solve the puzzle to unlock it. Completing this task will give you the Idunn’s Orchard and Quick Tempered trophies.

5. How to get Amulet of Kvasir? 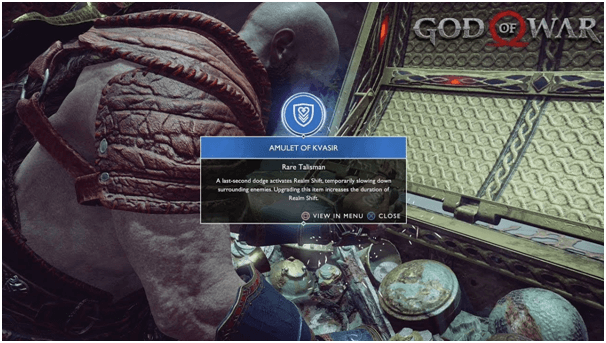 6. How to get the Golden Talisman of protection? 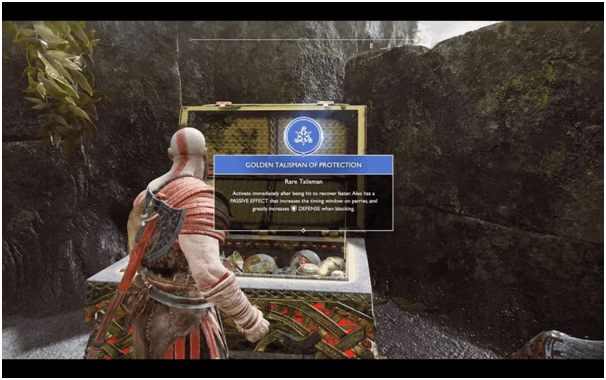 Golden Talisman enables you to recover faster after being hit by an attack and increases your defense when you are guarding with your shield and allows you to reflect attacks and counter without requiring super precise timing. You can get the talisman within the first five hours of the game by heading to the Lake of Nine in Midgard and a location known as Stone Falls.

7. How to know ALL Treasure Map Locations and Dig Spots? 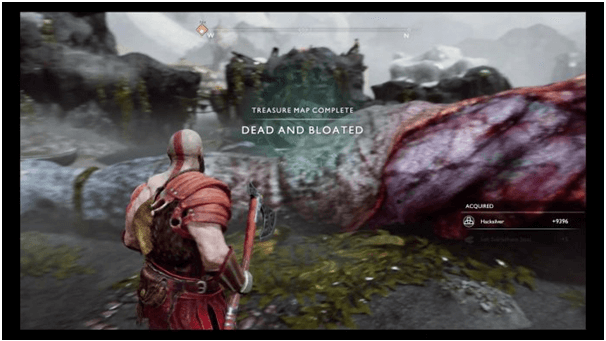 In total there are 12 Treasure Map Locations and Dig Spots in the game. Finding and digging up ALL the treasures will unlock the Treasure Hunter trophy. None of the treasures are missable as long as you have the map. Without the map the dig spots will not appear. It is worth the extra effort finding these treasures as you can also get money and crafting materials from them. If you miss any treasures you can always get them after the story in Free Roam mode.

8. How to make the best use of Atreus in combat? 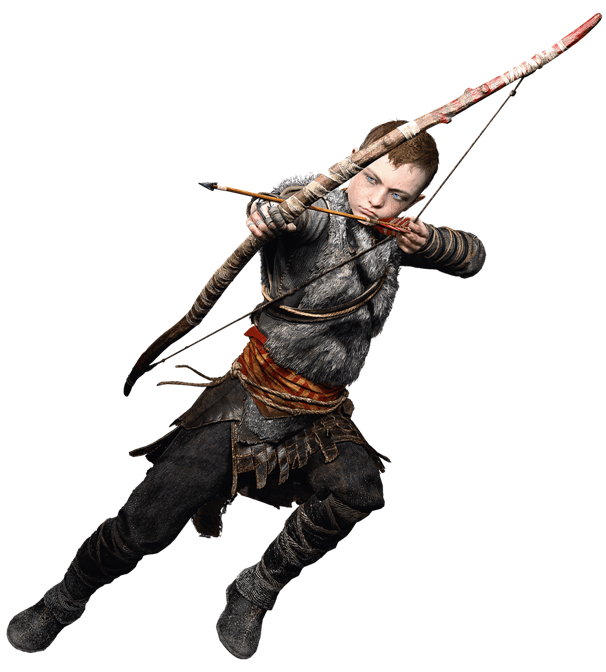 Kratos’ son Atreus is more than just a traveling buddy in God of War, he’s useful for combat and to find out more about the world around you. He mainly attacks with his bow and arrows when you tap Square, targeting whatever enemy is in the centre of the screen. Initially he doesn’t do that much damage but continue to upgrade his abilities and he’ll soon be able to stun and kill monsters. He can also choke enemies to weaken and stall them, and unleash a range of magic attacks so upgrade him as much as Kratos to make him a good fighter.

How to play God of War? 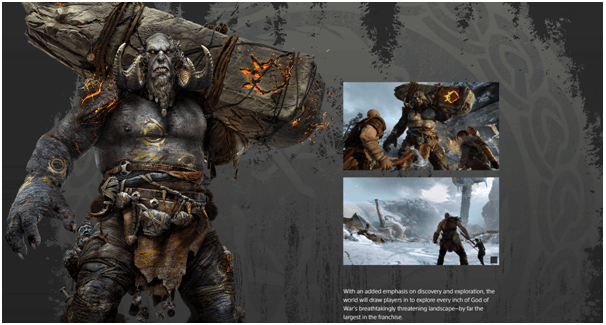 You can play God of War on Play station 4 gaming console. Buy the game from Amazon at $139.99 or get one from Walmart, Target, Best Buy and other stores.

Also this game ‘God Of War Mimir’s Vision’ as an app is available at the iPhone App Store as well as the Google Play Store that lets you explore the whole God Of War map with AR functionality, providing a back story to the many locations that you’ll get to play through in the game.