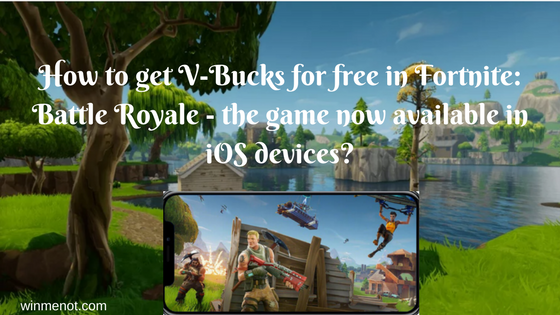 How to get V-Bucks for free in Fortnite: Battle Royale – the game now available in iOS devices

Recently the popular console and PC game Fortnite from Epic Games was made available to iOS so that gamers can get the free app from iTunes store and enjoy it in their iPhone and iPad. Fornite has become an incredibly popular game on consoles and PCs alike, with the “Victory Royale” end screen becoming a social media staple among players. Now Fortnite Battle Royale for iOS will feature the “same gameplay, same map, same content, and same weekly updates” as its console and desktop counterparts. Also, you’ll even be able to play against PlayStation 4, PC, and Mac gamers thanks to a partnership between Epic Games and Sony.

So on your cell phones and tablets, Fortnite is the same 100-player game you know from PlayStation 4, Xbox One, PC, and Mac. For those who have Android cell phones just wait a bit as the same support for Android gamers will be coming in the next few months. 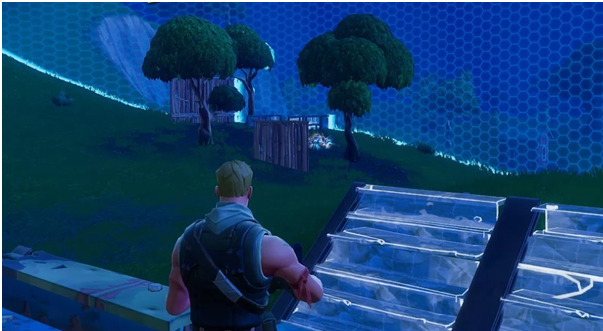 In partnership with Sony, Fortnite Battle Royale will support Cross Play and Cross Progression between PlayStation 4, PC, Mac, iOS and eventually Android. This means players across devices can squad up with friends and play together.

As of now invite links are rolling out with more players being added on a regular basis “over the coming months.” Players who are lucky enough to receive an early invite will also receive invite codes to share with others.

What are V Bucks 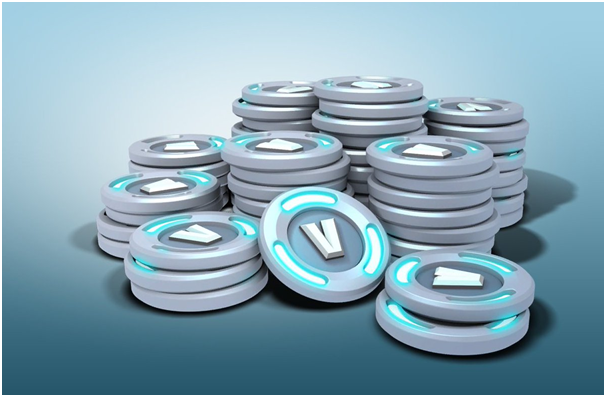 Though the game is free play but many items in Fortnite Battle Royale require V-Bucks, the in-game currency. Like in many free to play games like Slotomania or Heart of Vegas you need free coins or free chips to get the game going to buy the items in the game; same way here in the Fortnite: Battle Royale earns its keep for ongoing maintenance and development using a virtual currency which is exchanged for cosmetic items and other goods. The currency in this case is called V-Bucks, and you can use it to grab new skin outfits, gliders, harvesting tools from the store, and give your character a little extra flair in combat.

You can purchase V-Bucks with real money as in app purchase, but many gamers would rather earn V-Bucks instead of getting nickeled and dimed by micro-transactions. While limited, there are a few ways to earn free V-Bucks in the game.

How to get V-Bucks for free in Fortnite: Battle Royale 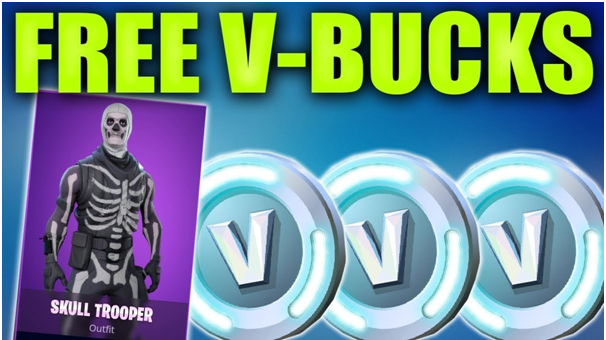 So as the game is more popular in the gamers world more illegal hacks or sites start offering you V Bucks, but never trust these as the methods used or displayed at these sites will get you banned from the game. At the time of this writing, the methods outlined below are the only legal ways, so any other “free vbucks” offer shouldn’t be trusted.

All but one method requires you to purchase the Players vs Enemies (PvE) mode, Save the World, to earn free V-Bucks. This mode is the original game that launched as an early access title on July 25, 2017, for Xbox One, PS4, Windows, and macOS. While there are multiple special editions, the standard game (and lowest price) is $39.99. Once you have purchased the game, you can earn V-Bucks using the methods below. You could also choose to wait on buying it since Epic Games has stated that Save the World will become free sometime in 2018 as said by Epic games.

The issue for iOS and eventually Android users is that Save the World is currently unavailable. Therefore, the only way to use the first five methods is to access a PC be it Windows or macOS, Xbox One, or PS4, and play the game there. The V-Bucks you earn will carry over, as Epic Games included cross-progression for cell phone users, only just make sure you sign in with the same account on both systems.

Now adopt the following methods to get V Bucks for Free 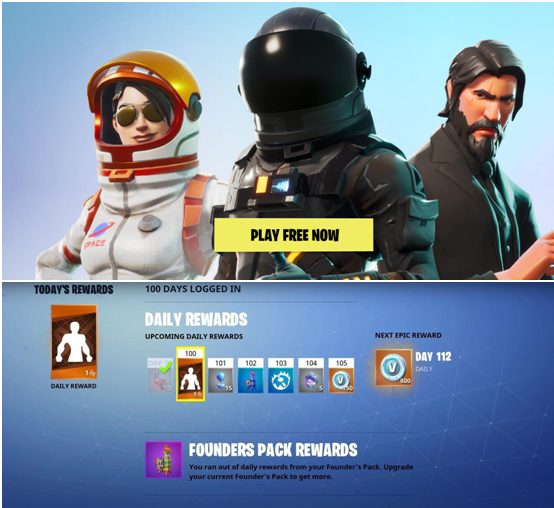 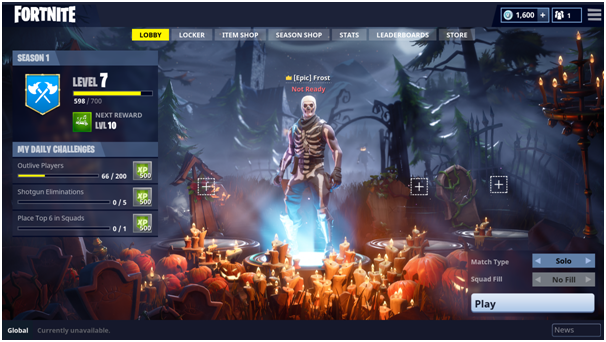 Now that you have started playing daily and you are advancing in the main storyline in Save the World, you’ll get access to Daily Quests. Daily Quests operate similarly to Daily Challenges in Battle Royale mode. Each day, you will receive one Daily Quest that requires you do a certain task to complete. These tasks include killing X enemies with a certain type of hero, or completing X missions by a certain type of hero.
Once completed, you will earn a minimum of 50 V-Bucks, with only 3 Daily Quests offering more than that amount. Like Daily Challenges, if you don’t complete the quest that day, another will be added the next day you log in, with the max amount of three Daily Quests. Once you’ve received three, you’ll need to complete a Daily Quest to receive a new one.

Here’s the complete breakdown of each Daily Quest, with details of how to complete each one and the rewards you’ll receive for doing so: 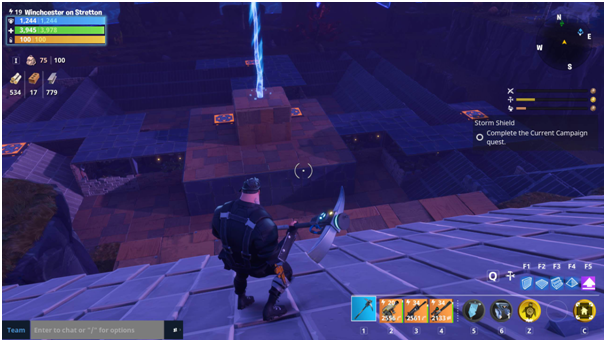 The third method to earn V-Bucks is to complete Storm Shield Missions. These are missions in each of the four areas that you unlock as your progress in the main storyline in Save the World. Each area has 6 Storm Shield Missions initially, with the remaining four unlocking as Side Quests as you advance even further in the game. You earn 100 V-Bucks for all but the tenth mission, which earns you 150 V-Bucks.

So completing Storm Shield Defense tasks in a number of locations dotted around the map. Here’s the breakdown of what you need to do to get your free rewards, but note that certain areas will prove impossible unless you’re at a certain level. New players should start with the StoneWood content.

4. Go for Challenges and Side Quests 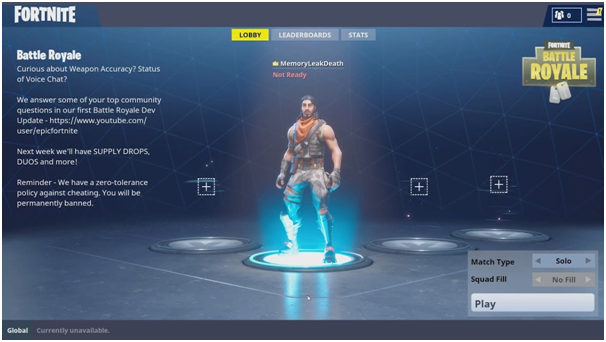 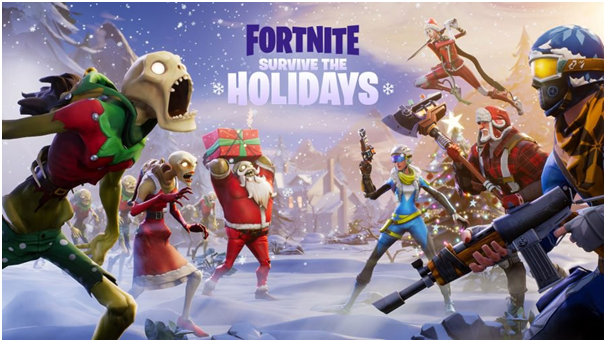 Events are separate quests which provide an abundance of items, including V-Bucks. These events tend to happen weekly and include several different quests which will earn you V-Bucks. Check for them under the Quests tab on the main screen.

6. Have a Collection Book 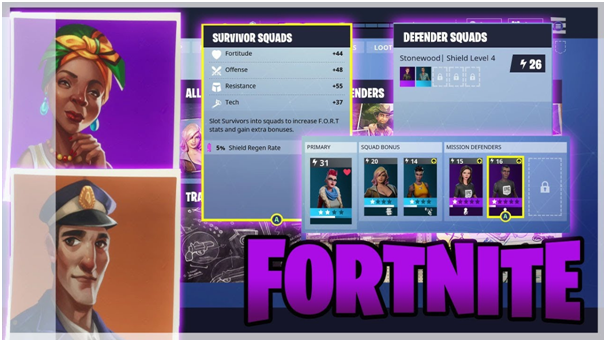 In the Collection Book you consume schematics (weapon/trap), heroes, survivors and defenders to put into your collection. Each item can be put in once and it grants your Collection Book some experience based on the rarity and level of the item. Consuming heroes level up your Collection Book faster than the others. There are rewards up to level 350.

It is not advised to put any Epic or Legendary items to the Collection Book because you will need them for the Legendary Transform Keys if you plan to play the game further. Remember that the Collection Book consumes the item permanently. It doesn’t allow you to consume your favorited items to prevent accidents!

There are other great rewards on specific levels. These great rewards include Jackpot Llamas which are basically Golden Upgrade Llamas and a Weapon Pack at Level 71 which is reported to grant multiple legendary weapons as well as lower tier weapons.
Events grant a lot of Event Specific Llamas without the need to use V-Bucks and some Daily Login Rewards as well as Collection Book levels grant you Llamas. Some Timed Missions, Quests and Storm Shield Defenses rewards Mini-Llamas which grant low tier items. Linking your Twitch account ingame allows you to get Streamer Quests every day which grant Mini-Llamas. Watching other player’s stream with your linked Twitch account when they have completed their Streamer Quest will grant you a Viewer Quest with a Mini-Llama reward.

7. Finally to get V bucks you can buy them with money 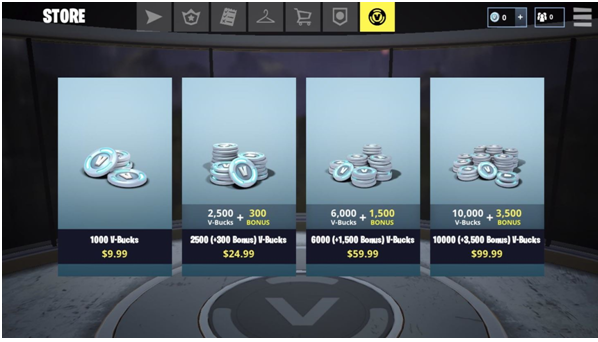 Remember V-Bucks can be used to buy Loot Llamas in Save the World PvE. Llamas award you with heroes, defenders, survivors and schematics to craft weapons and traps. It is advisable to save your V-Bucks for Super Llamas and Legendary Troll Llamas which are pricey but grant additional items, and may even guarantee legendaries.

In Battle Royal you can use V-Bucks to purchase Seasonal Battle Passes and cosmetic items. Cosmetic items include costumes, gliders and pickaxes. Furthermore, Season 3 features new type of cosmetics including Back Blings, Skydiving FX Trails and Loading Screens. The cost of gliders, pickaxes, costumes and emotes range from 500 to 2000 V-Bucks. Season 2 and Season 3 Battle Passes cost 950 V-Bucks. In addition to account banners, V-Bucks is the only resource/item currently shared between the game modes.

As said above there are many sites that will offer you V Buck hacks or generators. But you have to understand that there is no way to get free v-bucks in Fornite using a hack or any online software. If a such thing was possible, too much people would use it and Epic Games wont let that happening and would take action against it. Don’t forget in November 2017 Epic Games was filing a lawsuit against a 14 year old kid just because the boy has used a cheat in their popular game Fortnite. So imagine what would happen if thousands of players was able to generate free v-bucks. It would be a terrible lose for Epic Games and the game probably should shut down after that. But it’s not simple as that to find a real hack in Fortnite and even if it was possible it would be illegal to use those softwares.

Instead of trying to use a Fortnite hack, it is highly suggest you to train your skill by the normal way and use the above described methods to get free V Bucks.