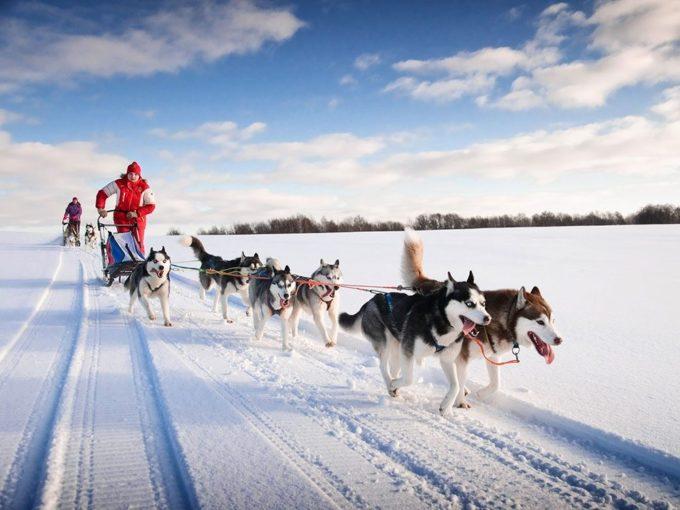 See the 10 hot getaways for your desire to travel this winter.

From beach hiking to desert adventure, the ideal winter vacation ideas and destination is where you want to spend time with your loved ones.

Just imagine, how exciting is to experiencing some traditional cuisine or listening a soulful music with your nearest family member(s) or dearest friend(s).

Me too, scratching head a lot when it comes to searching for family winter vacation ideas.

There are many winter vacation spots.

So I keep asking myself, where to go for winter vacation?

So, finding a suitable winter vacation package is bit tricky.

Since I’m from New York, so naturally, I have already experienced many snowy vacation spots in America as of now.

When I decided to write about winter vacation ideas, these 10 awesome trips (sometime alone however most of the time with a team of US travellers) come to my mind almost instantaneously.

1) For the City Inhabitants..

It is said that winter is the cheapest month to visit Barcelona Spain.

Barcelona is a city on the coast of northeastern Spain and best winter vacation idea to explore. It is the capital and largest city of the autonomous community of Catalonia, as well as the second most populous municipality of Spain. Barcelona is a major cultural, economic, and financial centre in southwestern Europe as well as the main biotech hub in Spain.

Barcelona as internationally renowned a tourist destination, with numerous recreational areas, one of the best beaches in the world,  mild and warm climate, historical monuments, including eight UNESCO World Heritage Sites, 519 hotels as of March 2016  including 35 five star hotels, and developed tourist infrastructure.

What to do in Barcelona?

While there are always Carnaval festivities in Barcelona, the real “fiesta” happens in Sitges, about 45 minutes from Barcelona by train. People come from all over the world to party down in this tiny seaside community. It’s not Rio, but it’s still a blast.

If you are in the city during winter season dates, make sure to experience a “calçotada” at a Barcelona restaurant or out in the nearby Catalan countryside. This is totally delicious and traditional feast, the “calçotada,” revolves around a sort of barbecued green onion/leek. It’s an all-day affair with plenty of wine, meat, cava, and desserts to go with the onions.

Not far from Barcelona is wine country. Hop on a train and you’ll be in Penedès, where excellent cava is produced, in about an hour. To the north, up-and-coming vineyards are located around the region of Girona and the Costa Brava.

To see grapes harvested or hanging heavy on the vine, you need to visit during October and November. Keep in mind that the harvest has to do with weather patterns, and changes a bit year to year.

Boracay winter vacation ideas is about visiting a resort island in the Western Visayas region of the Philippines, located 0.8 kilometers off the northwest coast of Panay. It has a total land area of 10.32 square kilometers (3.98 sq mi), under the jurisdiction of three barangays in Malay, Aklan. Boracay was originally inhabited by the Ati people, but commercial development has led to their severe marginalization since the 1970s.

What to do in Boracay?

Partly because of its wind and weather patterns, tourism in Boracay is at its peak during the amihan season (which starts in September or October and ends sometime in May or June). During amihan, the prevailing wind blows from the east. Boracay’s main tourism area, White Beach, is on the western side of the island and is sheltered from the wind. This makes the reef protected waters off that beach relatively safe and ideal for scuba diving, windsurfing, and kiteboarding / kitesurfing.

3) For the Inquisitive Itinerant..

Tangier is a city in northwestern Morocco. It is on the Moroccan coast at the western entrance to the Strait of Gibraltar, where the Mediterranean Sea meets the Atlantic Ocean off Cape Spartel. The town is the capital of the Tanger-Tetouan-Al Hoceima region, as well as the Ṭanja-Aẓila Prefecture of Morocco.

What to do in Tangier?

Tangier’s economy relies heavily on tourism. Seaside resorts have been increasing with projects funded by foreign investments. Real estate and construction companies have been investing heavily in tourist infrastructures. A bay delimiting the city centre extends for more than 7 km.

Goa is a state on the southwestern coast of India within the Konkan region, geographically separated from the Deccan highlands by the Western Ghats.  Panaji is the state’s capital, while Vasco da Gama is its largest city. The historic city of Margão in Goa still exhibits the cultural influence of the Portuguese, who first voyaged to the subcontinent in the early 16th century as merchants.

What to do in Goa?

Goa is visited by large numbers of international and domestic tourists each year because of its white-sand beaches, active nightlife, places of worship, and World Heritage-listed architecture. It also has rich flora and fauna because it lies very close to the North Western Ghats rainforests, one of the rare biodiversity hotspots of the world.

Dubai is the most populous city in the United Arab Emirates (UAE) and the capital of the Emirate of Dubai. Established in the 18th century as a small fishing village, the city grew rapidly in the early 21st century with a focus on tourism and luxury, having the second most five-star hotels in the world, and the tallest building in the world, the Burj Khalifa, which is 828 metres (2,717 ft) tall.

What to do in Dubai?

From kids to youngsters, the city of Dubai never fails to amaze people from any age group to offer the best activities to do in Dubai. Dubai has a wide range of parks like Safa park, Mushrif park, Hamriya park, etc. Each park is uniquely distinct from the other. Mushrif park showcases different houses around the world. A visitor can check out the architectural features of the outside as well as the inside of each house.

Las Vegas is an internationally renowned major resort city, known primarily for its gambling, shopping, fine dining, entertainment, and nightlife. The Las Vegas Valley as a whole serves as the leading financial, commercial, and cultural center for Nevada.

The city bills itself as The Entertainment Capital of the World, and is famous for its luxurious and extremely large casino-hotels together with their associated activities. The city’s tolerance for numerous forms of adult entertainment earned it the title of Sin City  and has made Las Vegas a popular setting for literature, films, television programs, and music videos.

What to do in Vegas?

The major attractions in Las Vegas are the casinos and the hotels, although in recent years other new attractions have begun to emerge.

Most casinos in the downtown area are located on Fremont Street, with The STRAT Hotel, Casino & Skypod as one of the few exceptions. Fremont East, adjacent to the Fremont Street Experience, was granted variances to allow bars to be closer together, similar to the Gaslamp Quarter of San Diego, the goal being to attract a different demographic than the Strip attracts.

7) For the Gardeners & Horticulturists..

Sicily can be your winter vacation ideas as it is the largest island in the Mediterranean Sea and one of the 20 regions of Italy. The Strait of Messina divides it from the region of Calabria in Southern Italy. It is one of the five Italian autonomous regions and is officially referred to as Regione Siciliana. The region has 5 million inhabitants. Its capital city is Palermo.

What to do in Sicily?

Sicily is an often-quoted example of man-made deforestation, which has occurred since Roman times when the island was turned into an agricultural region. In Northern Sicily, there are three important forests; near Mount Etna, in the Nebrodi Mountains and in the Bosco della Ficuzza Natural Reserve near Palermo.

8) For the Fado Music Lovers..

Lisbon is the largest capital city of Portugal. Lisboa has it all, from genre-defining museums and restaurants to some of the best bars one could hope to find. The whole place also happens to be outrageously beautiful.

What to do in Lisbon?

Lisbon is one of the winter vacation ideas and one of the oldest cities in the world. and the second-oldest European capital city (after Athens), predating other modern European capitals by centuries. Julius Caesar made it a municipium called Felicitas Julia, adding to the name Olissipo.

9) For the History Enthusiasts..

Florence is a city in Central Italy and the capital city of the Tuscany region.

The city attracts millions of tourists each year, and UNESCO declared the Historic Centre of Florence a World Heritage Site in 1982. The city is noted for its culture, Renaissance art and architecture and monuments. The city also contains numerous museums and art galleries, such as the Uffizi Gallery and the Palazzo Pitti, and still exerts an influence in the fields of art, culture and politics. Due to Florence’s artistic and architectural heritage, Forbes ranked it as the most beautiful city in the world in 2010.

Florence plays an important role in Italian fashion and is ranked in the top 15 fashion capitals of the world.

What to do in Florence?

The island is boat-shaped, approximately 270 metres (890 feet) long and 67 metres (220 feet) wide, and has been connected with bridges to both sides of the river since antiquity. Being a seat of the ancient temple of Asclepius and later a hospital, the island is associated with medicine and healing.

What to do in Tiber?

I’m sure these cheap winter gateways will work somehow for everybody.

Do you have any dream destination? Are you planning a move away this winter? Share your ideas in form of comments so we all have a fair chance to run away.

Also besides taking advantage of no deposit coupon codes and online casino coupons for players from US, keep checking regular our WinMeNot blog. Would you like us to cover any special story?