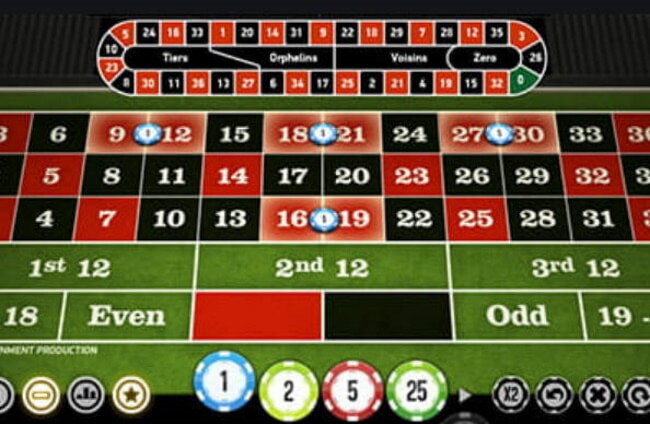 Just be sure that the Roulette wheel cannot be interfered with. Laws of probability usually don’t work when it comes to Roulette. Also, you cannot make any projections by judging on previous spins of the wheel. This makes every spin of the wheel independent, which is exactly the reason why no strategy can give the player an advantage over the wheel. Here are 14 Popular Roulette Betting Systems to know.

When sitting at the Roulette table, you should know that the last spins of the wheel are not relevant to what might happen next and do not assumer the result of a future spin.

Casino players try more systems for beating Roulette than any other game offered by the house.

The different types of betting systems include:

The main feature of this system is that the amount of the player’s next bet depends on the previous ones.

These systems are associated with covering neighbor sections of the wheel in order to guarantee the player a win no matter where the ball falls in the covered section.

There are two predictive systems that distinctive before the others. The first one’s goal is to exploit flaws in the equipment, and the second one is to emphazi flaws in the roulette dealer.

It is important for all users, regardless of if they are beginners or professionals, to know that there is no progressive or another type of betting strategy, which can change the casino’s edge in the game of Roulette.

There is a great number of Roulette betting systems. Here are some of the most commonly used ones:

This is probably the most famous system of all that are used when it comes to Roulette. Many casinos encourage the Martingale system as a “guaranteed method” of beating the wheel.

Being a progressive betting system, it is driven by the principle “double up after you lose”. This means that the player must double the size of their next bet no matter if they lost their previous bet. The system assumes that if the player keeps on doubling their bet after every loss, they will eventually beat the wheel and recover their losses plus end up with a 1 unit profit.

At first glance, this appears to be a reasonable system. The Martingale method is often used for sleepers or numbers that have not come up after several spins. The problem here is that the main principle of Roulette is in action – no predictions for future results can be made on past spins.

Players, who are not completely happy with the principle of the previous system, often use the Grand Martingale system, which is based on doubling your last bet plus adding one more unit.

In this system, you will choose a sequence of numbers, each of which represents a unit of betting. The total numbers represent the winning goal.

Unfortunately, no matter that the system looks pretty straight, the problem with it comes after a few consecutive losses. The result gets longer, which automatically means that the losses will also increase.

This is also a progressive betting system, which is inspired by the principle “up as you win”. Its methodology is linked with betting a similar amount after a loss and increasing the bet by one unit after a win. According to this system, the player never bets more than the amount they need to recoup prior losses plus a one-unit profit.

This betting system is often used by players, who want to get the benefit of hot streaks. The Paroli is a progressive betting system of a more aggressive type, which is based on the “up as you win” principle.

Paroli method is one of the most popular methods, which is associated with an aggressive betting progression and aims at winning three bets on any even play-off wager – high/low numbers, odd/even numbers, or red/black numbers.

The system’s method is to cover specific numbers, which are evenly placed around the wheel. This method provides the player with the opportunity to get a chance of winning no matter where the ball lands. This is one of the 14 Popular Roulette Betting Systems.

This is also quite a popular betting system, which is focused on trying to take advantage of the third column of Roulette’s table layout contains 8 red numbers versus only 4 black ones.

The principle of this system makes two bets only – one on the third column and a second one, which is twice as big as the first on the black numbers.

12. Betting on a Biased Wheel

Systems and strategies rarely will do you any work in the game of Roulette. That is exactly the reason why some players try to win the game by searching a biased wheel due to a small physical imperfection. A flaw of such a wheel could result in some numbers to hit more frequently.

Beating such a wheel is about tracking the winning numbers over a specific period of time in order to find out which numbers, hit more frequently.

The dealer could spin the wheel and the ball with the same speed each time which is a part of their professional routine. Such a consistency from one spin to the next is called “the dealer’s signature”. This is one of the 14 Popular Roulette Betting Systems to know.

The best betting pattern is the one that is simple, but reasonable. Make sure you stick to the rule of keeping it low; and bet a small sum of money to keep your losses to the minimum. If you seem to be winning, increase your bet a little each time. This will give you the opportunity to get the benefit of a winning streak; by increasing your profits a bit each time.

A good idea is also not to put on stack all your profits gained from one successful spin when making your next bet because the odds are not always in your favor.

When it comes to deciding which bets to place; experts recommend the players to stick to the Red/Black, Odd/Even, and 1-18/19-36 wagers, which seem to be most profitable. These are the 14 Popular Roulette Betting Systems to know.