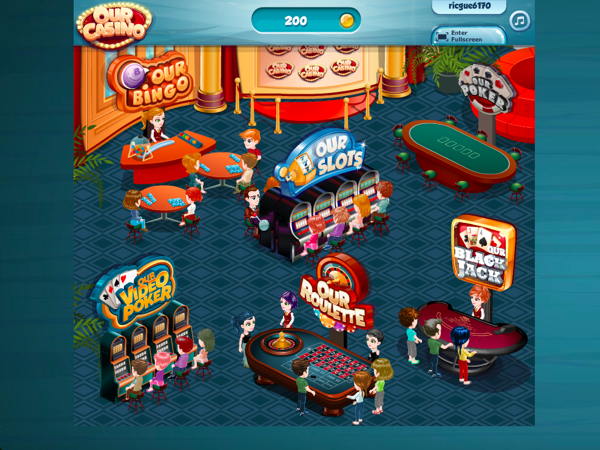 Dive Into Our Casino’s Epic Gameplay

Over the years Our Casino has taken Facebook by storm. By making people feel at home, they created a game that anyone could love. They have amassed a cult following by offering an interesting mix of casino games. Online slots, video poker & roulette are all available to their legions of fans. During their debut they captivated the imaginations of players around the world. Even though the hype has died down, they still have over 10,000 monthly users on Facebook. We decided to see if the dynasty was officially over or if it was about to be reborn. Enjoy this eye opening review of Our Casino! 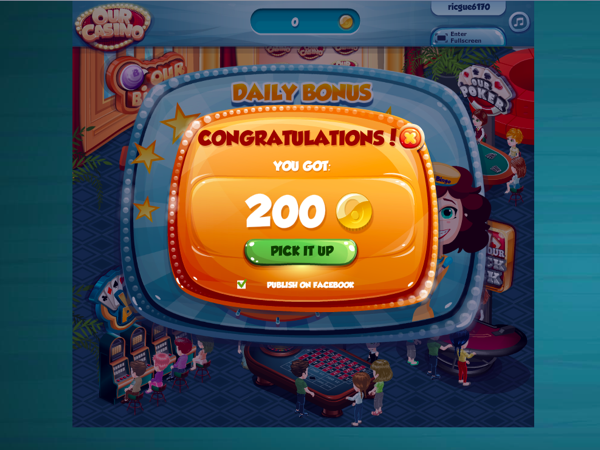 I was off to a good start!

Once the game loaded, I was greeted by an odd cartoon couple who wanted me to pick a username. After picking the default name I was ready to go. The game loaded again & I was awarded a daily bonus spin! This netted me 200 coins. It wasn’t much but I was still ready to hit the tables. 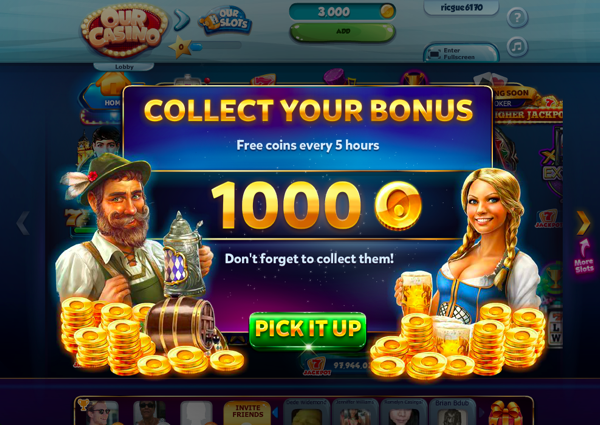 After I finally made it to the lobby there were a slew of options at my disposal. Video poker, Blackjack, Roulette, & slots were all ready to be played. I was feeling lucky so I decided to go with slots. Upon joining I was greeted with a 2,800 coin bonus! I was also alerted that I could pick up a new bonus every 5 hours. 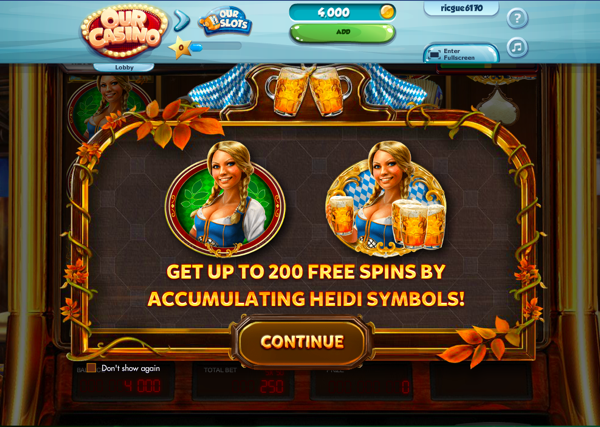 This level was ready to go!

I was also greeted with a slew of different slot games. After some intense deliberation I decided to join Oktoberfest. This game was represented by a cute Dutch woman who was holding multiple beers. As intoxicating as it looked, I was eager to get into the game. As I spun the screen came to life with exotic women, bearded men, beer & pretzels. The game was enthralling, I couldn’t wait to play more. Since things were going smoothly I decided to hit the Auto Spin button. Little did I know this was a terrible move… 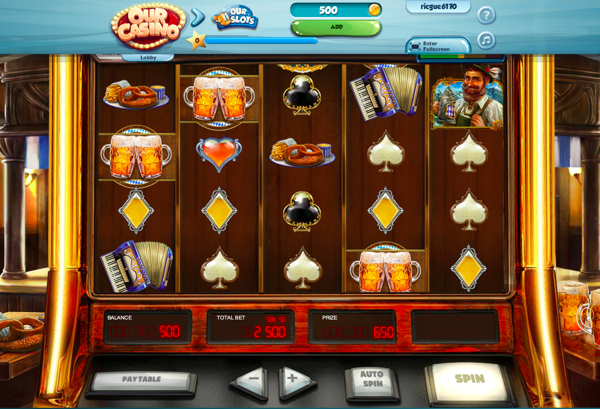 Using the auto spin ended up being a bad move.

After a few spins on auto the screen froze. I tried to unfreeze it by spinning, but it only reduced my points. The problem persisted, so I refreshed the page. 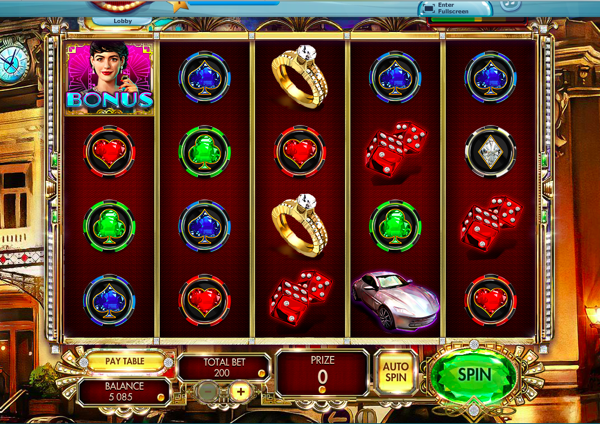 This level was bursting at the seams with high end items.

Thankfully, refreshing the page worked. I made it back into the lobby & got down to business. This time I picked a mysterious slot game called Montecarlo Glamour. It was absolutely packed with luxurious items. Race cars, diamond rings & poker chips filled the screen. I spun continuously until I reached the next level! This achievement won me 3,470 in coins. Emboldened by this victory, I continued spinning. 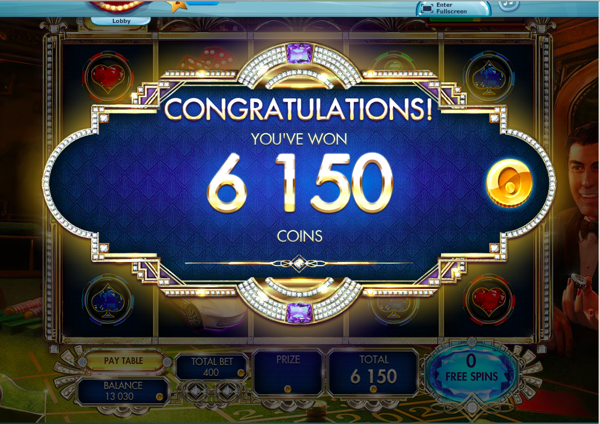 The bonus round paid off!

After a few spins I was invited to participate in a Montecarlo Blackjack Bonus Mini-game! I gladly obliged, & by the end of the game I had won 20 free spins. In this round I had better luck, I ended up winning over 6,500 coins. To make things interesting I raised my max bet to 2,000 a spin. After multiple spins I leveled up! I was awarded 5,505 coins, which was great since I was rapidly running out of coins. I continued to play like a champion, but after a few rounds I decided to quit while I was ahead.

Our Casino offers a wide array of gaming options. You can choose your favorite game & hit it hard. The slots are ravishing, & there are plenty of games to choose from. The graphics are great, so it’s easy to get into the game. There are also plenty of bonus rounds to keep things interesting. All in all this a great game with a stunning amount of options!