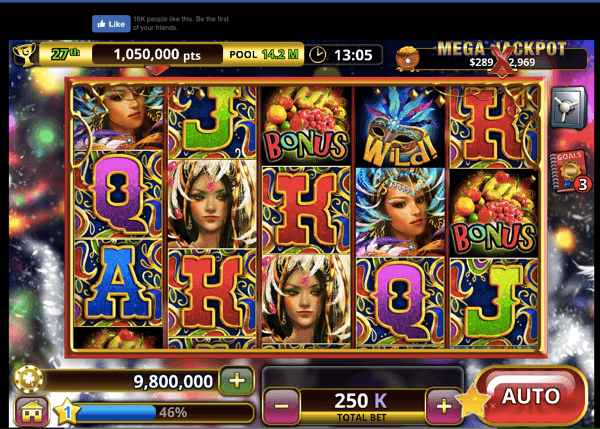 Explore the Excitement of Slots: NO LIMITS

There’s a lot of new casino games on Facebook, but none have outdone Slots: NO LIMITS. In a short amount of time, this innovative newcomer has won over 50,000 loyal players. They have achieved a shocking amount of notoriety, & garnered praise from critics that normally bash new releases. While this success may be attributed to their marketing, their fans claim otherwise. They say the game offers unparalleled slots action with their free collections of multi-line slot machines.

To top it off, every month new slot machines are offered to players. Each provides a unique gaming experience, so the slots never get old. All these vibrant features have made it impossible to ignore. For this reason, we selected this game for review. What we found was shocking, so prepare to be blown away by the best review of Slots: NO LIMITS online! 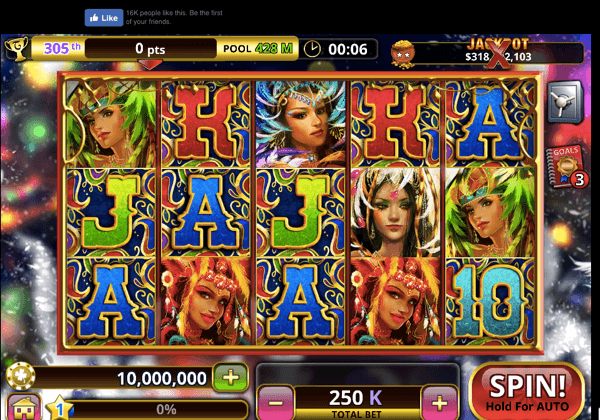 This Brazilian based theme was captivating!

As soon as the game loaded, I was thrown into the lobby. There I was confronted with dozens of options, which made picking one difficult. I started browsing their robust library of slots games, & one ended up catching my eye. It was Lady Rio, a theme dominated by a seductive Brazilian woman in full Carnaval makeup. After selecting it the game downloaded, & I was tossed into the vibrant world of Carnaval! 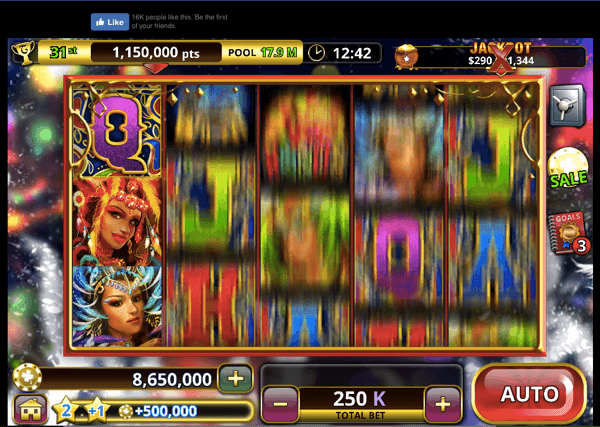 This level up awarded a small amount of credits.

The reels came to life with a colorful display that revolved around Brazil’s world-famous celebrations. Armed with 10,000,000 credits, I was unfazed that each spin cost 250K. After a few uneventful spins, I reached the second level! This awarded me 500,000 coins which was little disappointing since I spent over 2 million to reach this point. 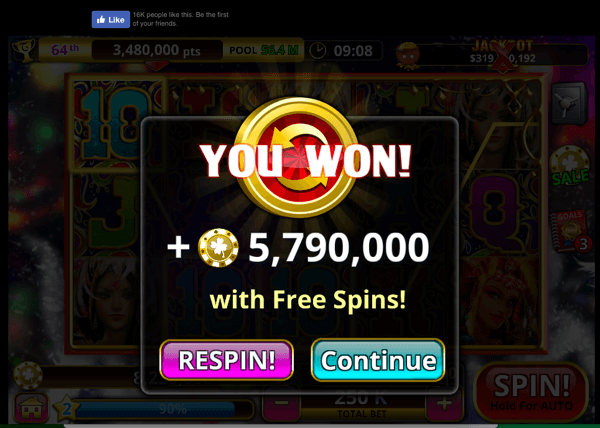 This victory put me back on top!

Just when things were starting to get repetitive, I was thrown into an interesting bonus game. Without warning, I was instructed to open a large treasure chest. As soon as I tapped it open, I was awarded 250K credits & 10 bonus spins. This round won me 5,790,000 credits, which put me back in the game! 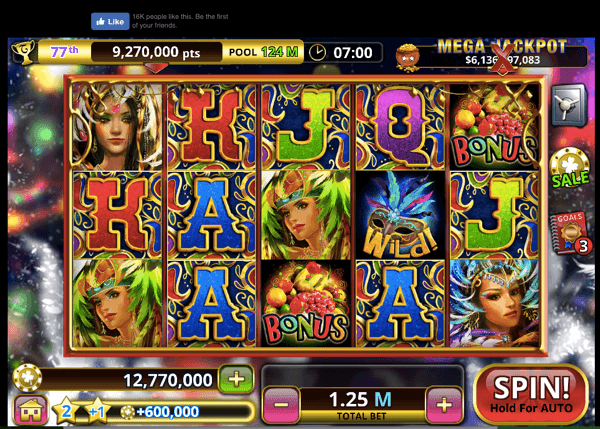 This augmentation did little to improve my winnings.

Emboldened by this unexpected victory, I raised my bet to 1.25 million credits a spin. I had 14 million credits to work with, so I thought nothing of taking this daring increase. The first massive spin didn’t win me anything, but I did manage to reach level 3. This gave me 600,000 credits, which was about half of what I had bet. 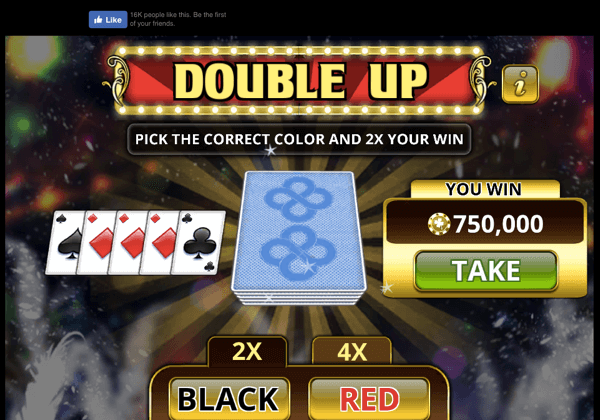 This game was interesting, but won me nothing.

Unfazed by this cushioned loss, I continued to spin with the stakes as I has I could afford. On one spin I won 750K credits, but it was still a far cry from what I was spending. Just as I was losing interest with the game, I was given the option to Double Up. I eagerly accepted the offer, & was told to pick a card suit. I won on the first card, but lost on the second. This sent me back to the game, but by now I had seen enough. I politely exited, since there was too much repetition.

Slots: NO LIMITS offers a unique gaming experience. From the get go, their lobby is bursting at the seams with options. There are dozens of slots games to choose from, & they all seem to be wildly entertaining. The game offers an interesting mix of bonus rounds, but unfortunately its hard to win big on normal spins. The graphics are also a little grainy, but overall this was a good game. For a new release they did well, hopefully they improve this game with an update!