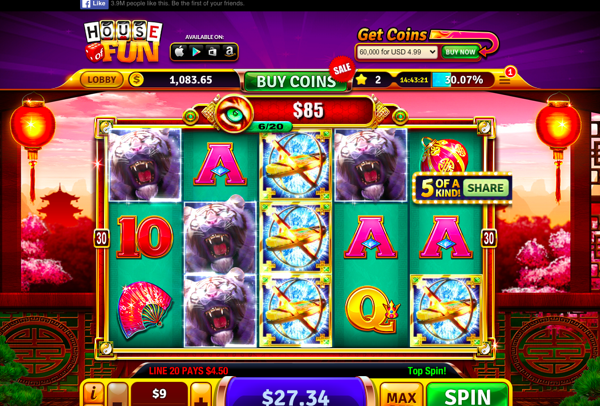 House of Slots is one of the most beloved slots games on Facebook. Their brilliant graphics & adventurous themes have won them worldwide praise. Over 1 million people from around the globe regularly play House of Slots. Millions more dabble in this epic gameplay, lured in by the numerous rave reviews.

We decided to let you know if House of Fun really lives up to the hype. This review is accompanied by eye opening screenshots to give you a personal view of the game. Let this be your guide as you search for the next best slot game!

When you start playing you are immediately greeted with 1,000 free coins! After that the screen goes dark, & you are instructed to make your first. After you oblige the screen comes to life as the wheels spin on a visually tantalizing game. 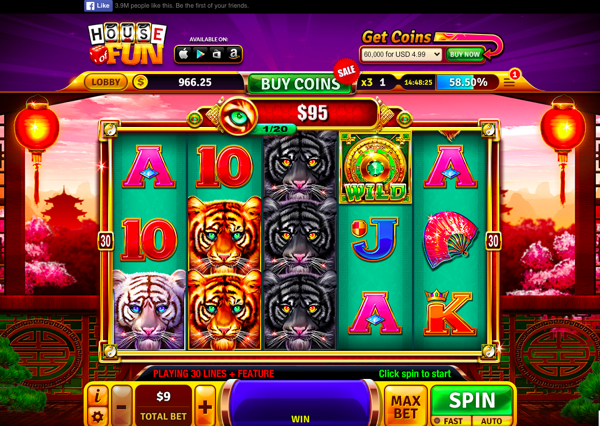 3 Tigers is the first game that House of Fun introduces you to!

I was immediately immersed in an Asian theme that had tigers that came to life every time I spun. 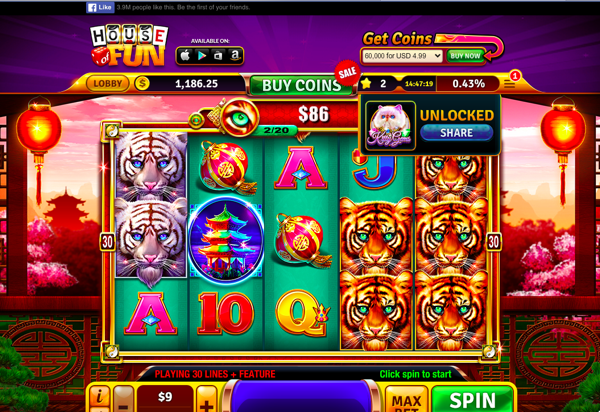 A much needed level up!

After a few spins I was awarded a level up! This exciting news was followed by the announcement that I had unlocked a new game. The text on the game’s icon was a little small, I was forced to judge the nature of the game by its logo.

3 Tigers is brought to life with stunning graphics!

This new achievement motivated me to keep spinning. I continued to win multiple prizes that ranged from $50 to $200. After I hit a 5 of a kind on two Bengal tigers, I decided to switch levels.

Upon entering the lobby, I realized that the game I had unlocked was Kitty Gems. My luck had appeared to stagnate on 3 Tigers, so I decided to give Kitty Gems a try. 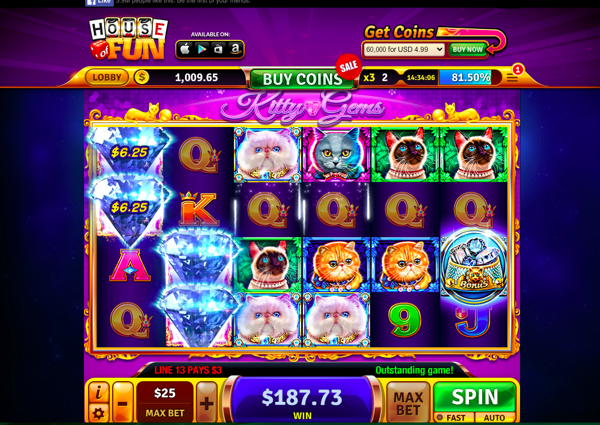 Kitty Gems is a luxurious day in the life of a rich house cat.

As you enter Kitty Gems you are greeted by a butler. This theme displays the luxurious life of a spoiled feline, & this is mirrored in the price. In Kitty Gems the minimum bet is $10, slightly more expensive than the $9 minimum bet of 3 Tigers. I still had over $1,000 so I dove head first into the game.

Instead of Tigers coming to life, Kitty Gems is elegantly decorated with sparkling diamonds every time you win.

Despite this extravagant setup, before long I was well below the initial 1,000. So I decided to switch back to 3 Tigers. But just as I was about to quit I hit a 6 of a kind! This put me back up to 1,000 points. I was tempted to stay but ended switching back to 3 Tigers since I preferred the theme. 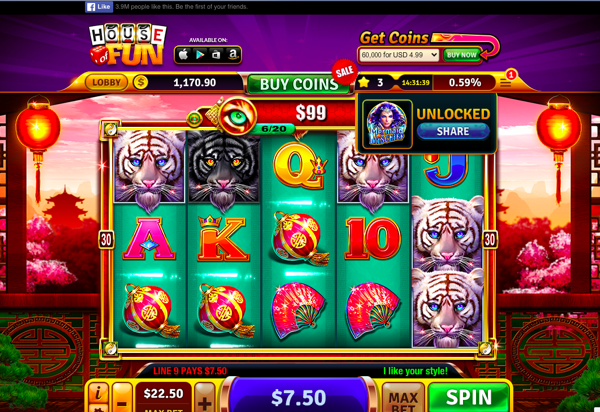 I had just unlocked a new adventure!

After playing a few lines I was awarded another level up! This time I unlocked Mermaid Mischief. Curious to see what this had in store for me, I quickly switched to this new option. 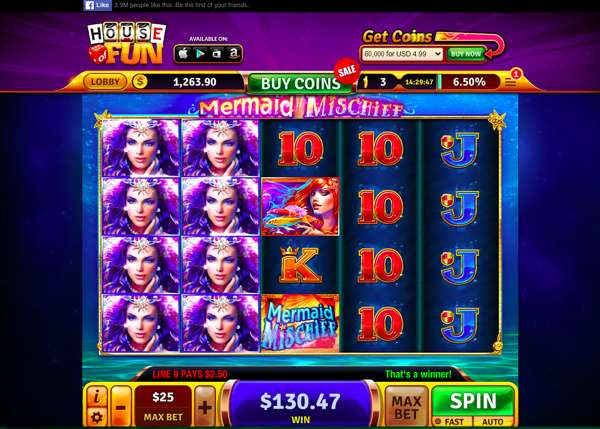 Mermaid Mischief is a game that you can play for hours!

Mermaid Mischief is absolutely packed with enchanting graphics. The mermaids offer a seductive overtone which greets you every time you win. I continued playing, unlocking new levels & bonuses. By the end of the hour I was well over my 1,000 welcome bonus.

Overview
House of Fun lives up to the hype. It delivers mesmerizing games that are equally enjoyable to play. Everytime you are tempted to quit you unlock a new game. Each one delivers a unique experience, so you will always want to try the next one out. All in all this is an extremely well developed game that has enough options to keep you playing for days!