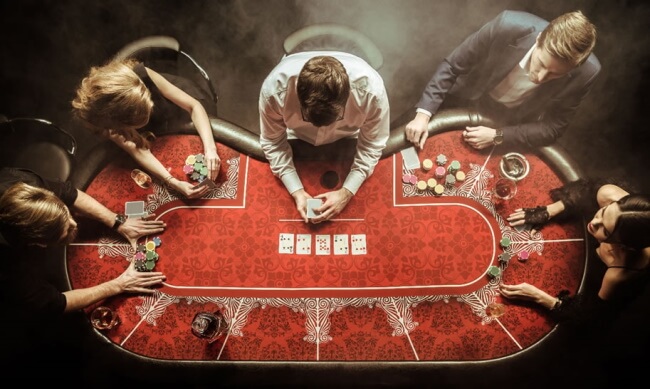 7 Etiquette at the Poker Table

A Poker is an old form of pure entertainment. There are some players that truly only care about how much money they can win, which is fine of course, but there are also a lot of players that are primarily interested in having fun. There’s a great deal of etiquette involved in poker. There are some unwritten rules which dictate what you should and shouldn’t do and breaking these will likely alienate your fellow players. Here are 7 Etiquette at the Poker Table.

You should be aware of these, as you don’t want to upset your opponents and ruin their overall gaming experience. There are several formal rules too, which you need to abide by in order to avoid a penalty or being asked to leave a game altogether.

7 Etiquette at the poker table

Below we list and explain our 7 rules for behaving “correctly” at the poker table, along with our top five taboos that you should avoid.

1. Keep up with the play

You are liable to pay attention to what’s happening at the poker table while you’re playing and it’s especially important to know when it’s your turn to act. It might frustrate other players if they have to constantly remind you when to play. You should also ensure that you post your blinds and antes in a timely manner and that you avoid acting out of turn. Don’t take an excessive amount of time while making simple decisions and don’t keep players waiting while you order a drink or something to eat.

2. Be polite and courteous

If you play live poker for long enough you might meet plenty of players who don’t follow this rule. There no excuse for not being polite and courteous to your fellow players or your dealers for that matter. You don’t have to overdo it and you can even stay quiet if you want to, but using good manners isn’t hard to do and it’ll create a more welcoming atmosphere at the table.

Making your actions clear will not only make your life easier but your opponent’s life also. Shoving a few chips into the pot and mumbling “call” or “raise” under your breath doesn’t give you an advantage and it’ll probably just annoy your opponents. It’s not difficult to slide a neat stack of chips in front of you and declare your actions with clarity. It will avoid any confusion and it will help ensure that you don’t get accused of trying to gain an unfair advantage by misrepresenting the action you are taking.

4. Be gracious in defeat and victory

There’s nothing wrong with showing a little bit of frustration following a particularly crushing defeat but go on a massive rant every time you lose a hand.

Likewise, a small celebration after winning a big pot is perfectly acceptable. Celebrating too wildly is just going to agitate your opponents and gloating about how brilliantly you played a hand is equally annoying.

A string bet is when you don’t make your bet in continuous motion. When you put a few chips in front of you, then a few more, then a few more without announcing the total amount of your bet out loud.

This is frowned upon and is technically against the rules, as it not only slows down the game but can also be used to gain an advantage over your opponents. String betting can potentially allow you to gauge an opponent’s reaction to the size of your bet, and then decide whether or not to increase it based on their reaction.

6. Keep your cards visible when you’re in a hand

If you have cards hidden away behind your chip stack or underneath your hands, then many players will guess that you are no longer in the hand. This could potentially lead to someone acting out of turn through no real fault of their own.

Your cards should be visible. It means to expose them face up.

7. Tipping the dealers in poker games

There is no right or wrong action about it. You are certainly not obliged to tip a dealer at any point and a lot of poker players refuse to tip because they are already paying rake to the casino. It’s worth noting, however, that many dealers around the world aren’t paid very well and some even rely on tips to make a living. This doesn’t have to affect your thinking of course and the decision to tip or not is entirely up to you regardless of what a dealer earns.

It is better to tip the dealers. It doesn’t have to be a huge amount and you definitely don’t have to tip every time you win a pot, but we do believe it’s reasonable to offer at least one tip at the end of your playing session. This is one of the 7 Etiquette at the Poker Table.

These are the 7 Etiquette at the poker table that will make you a real professional poker player.