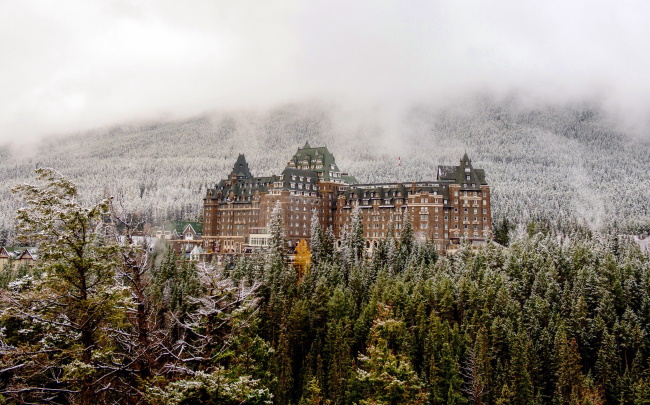 The Land of Enchantment is a vintage paranormal playground containing centuries of storied human history.

Here I have rounded up the top 6 sites which are highly spooky in New Maxico and are considered to be the most haunted places. 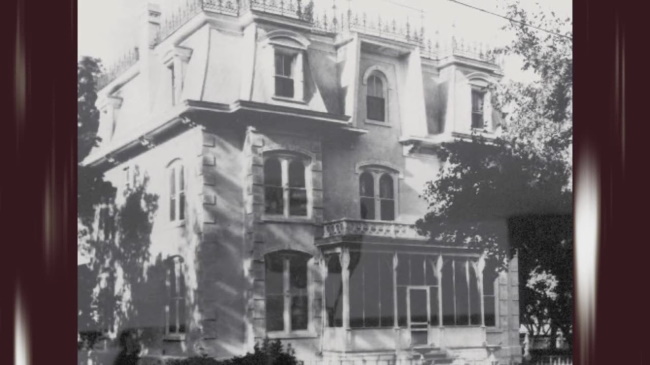 Taking a bit back to the 1880s, there were two wealthy merchants named Abraham and Julia Stabb who fed themselves by importing goods via the Santa Fe Trail. One day one of Julia’s children died which made her go crazy and nuts. Rumors say that she was chained to the radiator in her room to keep her from hurting herself. The present-day Stabb House is the La Posada de Santa Fe which is an alluring resort with a spa block. Today 100 years later when people stay in Julia’s room can feel an ominous presence staring at them or even sitting beside them on the bed. Some sights have reported that they have seen her silhouette through the windows at night and glasses sail across the room in a poltergeist manner. The Rose Room is famous for Julia’s love for roses and people say that the scent of roses is sometimes present around here. For such a wild and spooky experience visit the hotel for yourself while booking the Julia Stabb American Ghost Package. 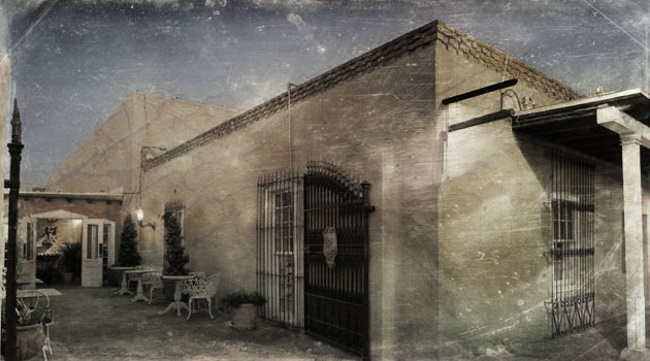 Until the year 1853, the small town of Mesilla in southern New Mexico west of Las Cruces was part of Mexico. The story behind the Mesilla restaurant is somewhat tragic and heartbreaking. The Maeses family had a spacious and beautiful home in Mesilla. They made their money from importing goods. A proud and stubborn matriarch wanted her son Armando to marry in a high ranking family than theirs. But Armando was in love with Inez and Inez was also in love with Armando who was a servant of the family. The two kept up their relationship a secret which was shielded by other servants and Mesilla townsfolk as well. One day Senora Maes found the two lying on the same bed in Armando’s room and saw both of them in each other’s company. Rushed to the kitchen she flamboyantly took a pair of scissors and stabbed Inez and to protect her Armando covered her with his own body and got stabbed as well. Heartbroken, Senora Maes never spoke again after that day and went mad. That home is the present-day Double Eagle Restaurant and Carlotta Salon is Armando’s room which is a private dining room off the main dining room. There are two velvet colored chairs present in the room and it is believed that both Inez and Armando are still sitting on the chair and pranking the kitchen staff around the restaurant. 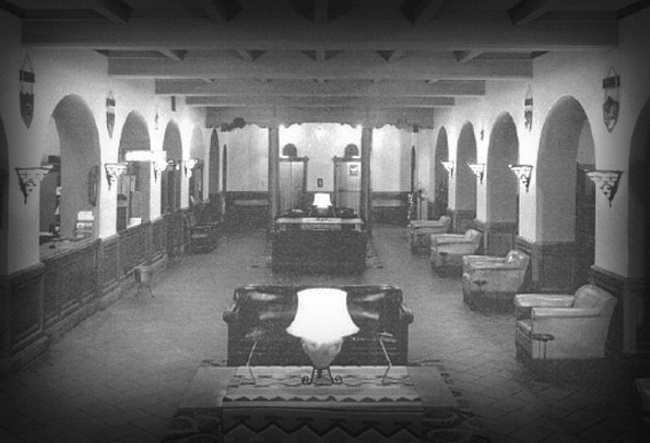 Built around the year 1939, Hotel Andaluz is situated in Albuquerque. It is built around the status of the New Mexican Conrad Hilton of the Hilton Hotel. Considered not only the tallest building at that time but also the first to have proper air conditioning and an elevator. The fourth hotel by Hilton during that time. In 1942, Hilton and Zsa spent their honeymoon in this hotel. After that, the hotel was sold to La Posada de Albuquerque and was refurbished and reopened in the year 2009 as Hotel Andaluz. There have been some paranormal activities going on in this hotel and rumors say that there is a female ghost guest seen on the seventh floor in the attire of a 1940s dress. Also on the fourth floor, the rumors of an older woman in pink dress are heard loitering around the halls before vanishing. Hotel Andaluz has about 107 rooms at present. 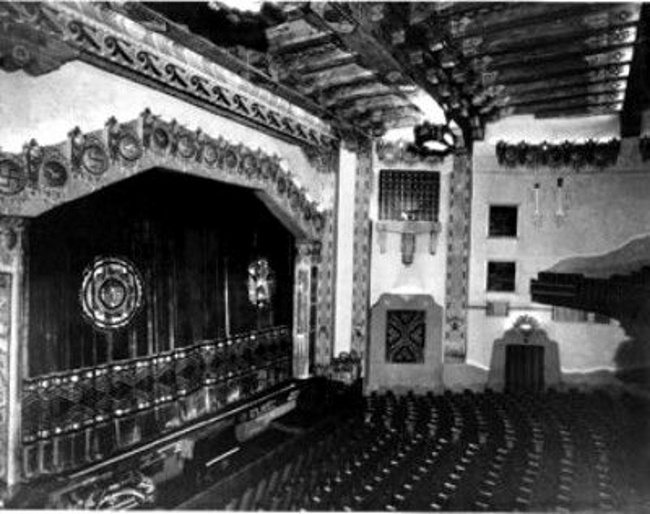 Opened in the year 1927, KiMo Theatre has one of the spookiest hotel stories of all time. The interior of the hotel makes up even more for the spooky environment and it only gets better from there. Cow skulls with gleaming eyes, funeral canoes, and Native American motifs can be seen. To this date movies and opera are still held in the hotel. It is said that in the year 1951, there was a water heater explosion which cremated the 6-year old Bobby Darnall Jr. Rumors say that Bobby’s ghost to this date haunts the hotel so much that it is now a tradition for the guests to leave some donuts and trinkets for the boy. Those who refuse to do so, cannot even sigh during their hotel visit. 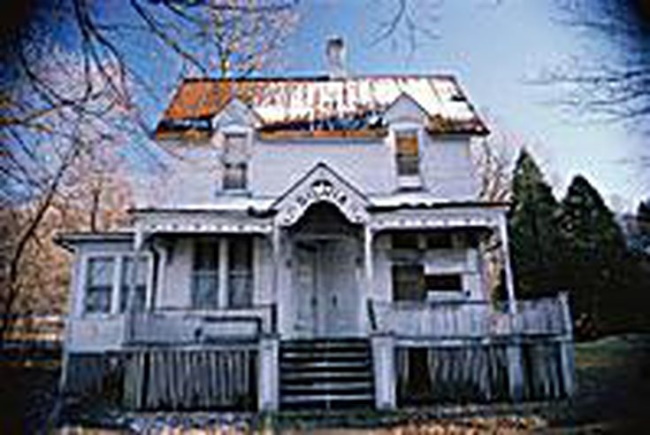 In 1706, New Mexico’s largest city was settled in Albuquerque’s Old Town and paranormal sightings have proved that the ghosts of many original owners of their homes and business owners haunt the place.

An example of such a sighting is the Bottger Mansion that is famous for its bed and breakfast and paranormal sightings as well. Served as a governor’s mansion in New Mexico, this was once an adorable 40-room house until the year 1845. A guy named Charles Bottger purchased the house in the year 1893 and 1910 built a new mansion that is currently an American Foursquare-style home. Many say that the soul of Charles Bottger never left the place and to this day haunts the halls and walls of the mansion. Rumors about another female ghost are heard famous for her sighing squeaks. Another ghost called “the Lover” is seen by residents who are believed to sit on the bed of sleeping women.

Another example is that of the La Placita restaurant which was originally home to the Armijo family. Turned into a restaurant in The 1930s, employees here acclaim to have sighted strange things happening. The story precedes that of a little girl who died in the bedroom here in the late 1880s. Four ghosts are rumored to haunt this place and sometimes employees can hear someone call their names and but by following the voice they only find themselves walking nowhere and seeing no one. That would leave them with certain distress and unexplained cold spots. Even the customers visiting here have sighted a white smoke on the table which dissociates in the air with no logical reason.

Another one of the spooky incidents includes that of the Church Street Café that was built in the early 1700s that was originally built by the Ruiz family. The building was owned by the Ruiz family until the last heir of the family Rufina died at the age of 91. After that Marie Coleman purchased the building with the café and just as she started renovating it, she could hear a squeaky and fragile voice telling her to break her contract with her contractor and leave the building immediately. Marie in utter distress was beguiled by the voice only to realize that the voice was none other than Rufina’s Mother’s, Sara’s. In a convincing tone, Marie made Sara realize that she had the best intentions with her café and then the voice did not bother her much. But the customers could still sight sometimes the silhouette of a woman in a black dress haunting the restaurant with the most delirious of intentions. 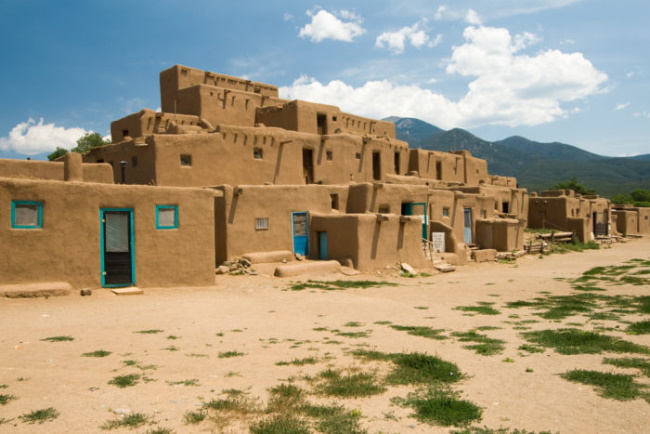 Visit Taos with the Ghosts of Taos Tours at dusk to adventure along the streets of Taos in the search of the head of Arthur Manby who was murdered and his head was never found. Also, the body of La Llorona is believed to still be in search of her drowned children throughout the irrigation ditches of New Mexico. Along the way, you can also enjoy the strolls through the Kit Carson Cemetery and other poltergeist buildings and places that are haunted by ghosts with their own stories.

If you are not afraid of visiting spooky and haunted places in the world, chances are you would love to visit the above-listed haunted places popular for its spooky ambiance.